Some Israeli security experts fear that an overly tough anti-Iranian policy could backfire at attempts to topple the ayatollah regime, uniting the Iranian people behind its leadership. 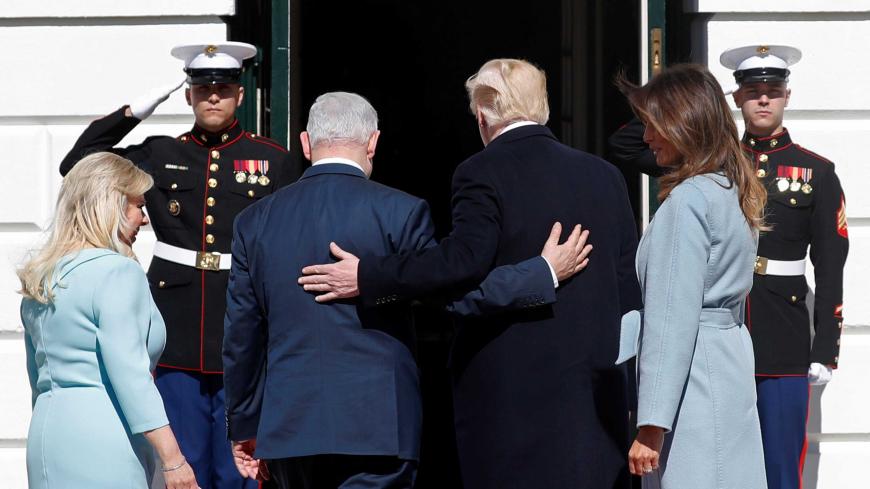 “The president is reciting the prime minister’s speech,” was the oft-heard reaction in Jerusalem following President Donald Trump’s May 8 announcement that he was pulling the United States out of the nuclear agreement between Iran and six world powers. It is hard to describe the euphoria in Prime Minister Benjamin Netanyahu’s circles and among members of the right-wing coalition government after Trump, in his own voice, presented the main points of the policy that Netanyahu had advocated for years in endless speeches and appearances in the international arena. The US withdrawal was perceived as a tremendous Israeli victory, the very realization of a longed-for dream made possible by a supportive American president who perceives the Middle East the same way as Netanyahu does and is deeply influenced by Netanyahu.

A similar reaction was heard this week, too, after Secretary of State Mike Pompeo delivered his landmark May 21 speech laying out US demands of Iran on nuclear and other policy issues. They included demands that the Israeli leadership has long been articulating, among them the unambiguous call for Iran to pull its forces out of Syria. Iran’s military involvement in Syria is at the crux of the recent escalation on this front, which went as far as the first direct military clash between Israel and Iran on the ground in Syria and in its airspace.

This time, too, the same refrains were heard in Jerusalem: Pompeo is reiterating the main points of Israel’s policy, the braggarts boasted. This time, however, there are other versions, too.

A top Israeli defense official speaking this week with Al-Monitor said the Americans had decided to go full force for the head of the Iranian regime. They know well that Pompeo’s 12 demands are a nonstarter as far as the Iranians are concerned. Pompeo did not say so explicitly, but it is clear that Washington is aiming for regime change in Tehran and is going at it at full throttle. According to the official, this is a direct American interest and is not necessarily a response to Israel’s needs. We are not fully involved in this. We know how to take care of ourselves, and we are not in danger, said the source. The Americans are concerned about their other allies in the Middle East.

If you follow the map for a minute, you’ll see there is hardly a place in the Middle East and the region in which the Iranians are not endangering US allies or interests, said the official, who then went on to elaborate. Look what’s happening now in Iraq. The Americans invested huge amounts of money and energy in Prime Minister Haider al-Abadi, and failed. Qasem Soleimani, the head of Iran’s Islamic Revolutionary Guard Corps’ Quds Force, is personally dealing with the Iraqi issue, trying to form a coalition uniting all the Shiite factions, except for Iraqi Shiite religious leader Muqtada al-Sadr, to confront American interests. The same goes for Lebanon, Syria, Saudi Arabia, the Emirates and Bahrain. Wherever the Americans look, they find the Revolutionary Guard behind them, trying to “pinch” US allies. It’s even happening in Afghanistan through the Taliban. Afghanistan and Iraq — the two places where the Americans poured vast sums of money, endless energy and quite a few US soldiers’ lives — are now unstable, mostly due to Iranian activity. So the US administration decided that enough is enough, and they are fighting back with all they have.

Israeli defense officials are not all on board with the American “all or nothing” move. A raising of the ante, as reflected in Pompeo’s speech, also generates concern. As the head of the CIA, Pompeo worked directly with head of the Israeli Mossad agency Yossi Cohen, the architect of the clandestine transfer of Iran’s nuclear archives from Tehran to Jerusalem. Cohen was also the one who insisted on focusing much of Israel’s intelligence efforts on Iran even after the signing of the 2015 nuclear agreement with the Iranians.

Cohen and Pompeo are viewed as being on the same page as far as the Iranian threat perception goes. However, in his latest move, Pompeo veered sharply to the right. Even in the Mossad, not many believe that bringing down the Iranian regime by remote control is a realistic option. Many fear that the open declaration of war by the American administration against the Iranian regime could result in strengthening the ayatollahs rather than weakening their hold. Top Israeli defense officials voiced similar arguments in the debate that raged between 2009 and 2013 about whether to strike Iran’s nuclear facilities. One of the main arguments against an attack, put forth mostly by the late Mossad chief Meir Dagan, was that such a strike could unite the Iranian people around its leaders and extend the lifespan of the Islamic Revolution, rather than cutting it short. The same is true today. Israeli experts use the term “economy of resistance,” explaining that intensifying international pressure while clearly declaring that the United States and Israel want regime change in Tehran could quash the dissent against the regime in Iran, rather than stoking it. Iran is a regional power and it can handle US sanctions. It all hinges on resolve and resilience. Once internal unity grows, the prospects of undermining it to the extent of collapse decline.

If we were to hold a secret ballot among all of Israel’s senior defense officials on the question of what is preferable — improving the current nuclear agreement with Iran and plugging its holes, or abrogating it — a clear and complete majority would vote for the first option. Pompeo’s speech, however, reduces the feasibility of such a measure. The US ultimatum could push the Iranians to the wall and confront them with a dead end. The Americans are gambling on the whole pot, enjoying clear Israeli backing from Netanyahu and hoping to plunge Iran’s spiritual leader Ayatollah Ali Khamenei and Soleimani into an abyss. This includes an effort to deepen the rift between Khamenei and Soleimani, on the one hand, and the perceived Reformist camp led by President Hassan Rouhani on the other. Rouhani would rather invest resources in domestic development than in exporting the Islamic Revolution.

Judging by Pompeo’s address, Washington has made its decision and Trump has upped the ante to its limit. All that remains is to monitor the situation and see whether it pays off.