Israel did not take responsibility for the assassination of Iranian nuclear scientist Mohsen Fakharizadeh, yet Western sources estimate it was a Mossad operation. 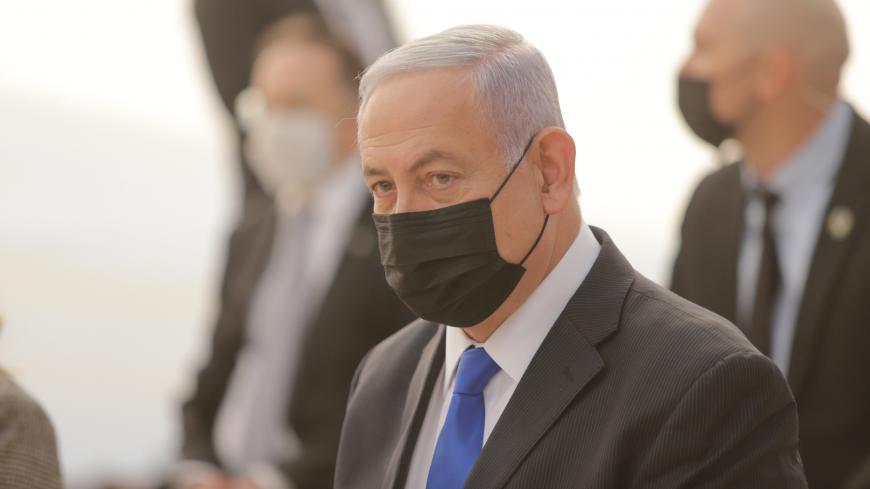 “One of their eyes and possibly both were directed at Washington and not at Iran,” Maj. Gen. (ret.) Amos Yadlin, the former head of military intelligence and current director of the Institute for National Security Studies, told the Army Radio Station Nov. 29. He was responding to the interviewer’s question about the motives behind the Nov. 26 assassination of Iran’s nuclear program mastermind, Mohsen Fakharizadeh. While the entire Middle East is caught up in the unprecedented tensions between Tehran and Jerusalem and growing concerns in other regional capitals, the more interesting axis is actually the one between Washington and Tel Aviv (where Israel’s security agencies are located).

The Iranians, Americans and the rest of the world have already estimated that the particularly impressive and daring operation in the heart of Iran was most likely the work of Israel’s Mossad. While Israel did not assume formal responsibility for the attack, Prime Minister Benjamin Netanyahu could not resist a barely veiled admission in a video clip he posted shortly after the news broke.

“Israel’s activities in recent months in general, and this time in particular, remind me of a hurried shopping spree by the mistress of a dying lover,” a Western diplomat serving in the region told Al-Monitor on condition of anonymity. “She knows that once he closes his eyes for good, the party is over, so she is doing as much as she can right now.”

According to this interpretation, Netanyahu’s desk and that of Mossad Chief Yossi Cohen are piled high with “to do” lists, and they are trying to tick off as many boxes as possible before Washington cuts off their credit line. Their goal is to undermine Iran’s nuclear program, destabilize the Iranian regime and create as much chaos as possible to hamper renewed negotiations by the future Joe Biden administration with Tehran and a return to the Barack Obama administration’s Iran policy so reviled by Netanyahu.

When Netanyahu approves Cohen’s proposed Mossad operations behind enemy lines, he also maintains eye contact with two separate Washington entities: the White House and the State Department. If Israel was behind this operation, this could explain the encouraging wink from Secretary of State Mike Pompeo, alongside President Donald Trump’s retweet of Israeli journalist Yossi Melman’s report of the Tehran assassination. From the transition headquarters of President-elect Biden on the other side of the capital, Netanyahu gets a glowering stare. Former Obama administration officials, meanwhile, take turns condemning the killing.

Israel has the upper tactical and operational hand in its secret war with Iran. Israel’s edge is decisive; the blows inflicted on Iran in recent years are abundant and painful. Nonetheless, the Iranian regime is planning for the long term. Current events, as far as they are concerned, are simply inconsequential background noise. Israel, on the other hand, is high on self-confidence and adrenalin, seeming intent to set the region on fire.

The operation attributed to Israel is a response to one of the most sensitive issues of the current era, and it suggests that Netanyahu has no intention of adopting a pragmatic view on the subject with the Biden administration. On the contrary, he plans on being oppositional and leading a hawkish line and an aggressive Israeli-Sunni coalition in order to prevent Biden from repeating the mistakes of his Democratic predecessor. Netanyahu will not bow his head at his first White House meeting with the new president. He will come spoiling for a fight.

Iran is confused, embarrassed, aching and hesitant. The official versions of Fakharizadeh’s assassination emanating from Iran range from an alleged robotic operation (supposedly a machinegun activated by remote control from the top of a Nissan vehicle, which then self-destructed) to a hit squad of 62 agents that the Mossad allegedly ran inside Iran. Israeli officials believe Iran faces a wrenching dilemma regarding reprisal for the assassination because it suspects Israel of trying to spark a conflagration in the region to force Trump to launch a military intervention in his final days in the White House. That is the last thing Tehran wants.

These latest developments take us back to three consecutive summers between 2010 and 2013, during which Israel considered a strike on Iran’s nuclear infrastructure during the days of the Obama administration. Prime Minister Netanyahu and then-Defense Minister and former Premier Ehud Barak supported such a move, while other Cabinet ministers and the heads of the nation’s security agencies demanded US approval of the operation or active involvement in it. One of the more interesting considerations discussed by Netanyahu and Barak — which they then raised with head of the Israel Defense Forces Lt. Gen. Gabi Ashkenazi, then-Mossad Chief Yossi Dagan, Military Intelligence Director Yadlin and other top officials — was whether an Israeli strike could draw the Americans into the conflict against their will. At a certain point, someone deluded Netanyahu into believing that such a scenario was possible. The late Mossad Chief Dagan got on a plane to Washington, met with his counterparts and returned with a huge container of cold water that he dumped on this hypothesis.

This same issue is now under discussion yet again. Trump is no Obama. The American president is likely the most unpredictable leader on earth, certainly from now until Jan. 20. A US B-52 bomber that overflew Israel on its way east, an additional US aircraft carrier making its way eastward, and frequent meetings in the region by Pompeo and other senior Trump administration figures (the president’s top adviser, Jared Kushner, is en route to Saudi Arabia) have generated slews of violent conspiracy theories that are firing up imaginations and further straining tensions between the Persian Gulf, the Red Sea and back.

Netanyahu’s gamble is a complex one. He could decide to go for broke right now and raise the ante even if it means getting off on the wrong foot with President-elect Biden and a possible confrontation with the incoming US administration even before it takes office. The old Netanyahu whom the world knew was cautious, hesitant, reluctant to engage in adventures, and knew his place in the hierarchy and balance of forces with world powers. Netanyahu of 2020, whose defense team petitioned the court this week to dismiss the three indictments against him on charges of bribery, fraud and breach of trust (a move that does not stand much of a chance), is a different leader. He is confrontational, supremely self-confident, spoiling for a fight and ready to take risks. Iran, at least, is in a much calmer place right now, as it waits to figure out President-elect Biden’s intentions.