Netanyahu’s pick of Iran file envoy signals confrontation with US

Picking national security adviser Meir Ben-Shabbat over real Iran experts such as Mossad Chief Yossi Cohen or retired Gen. Amos Yadlin means that Prime Minister Benjamin Netanyahu does not believe dialoguing with the Biden administration on Iran will do any good. 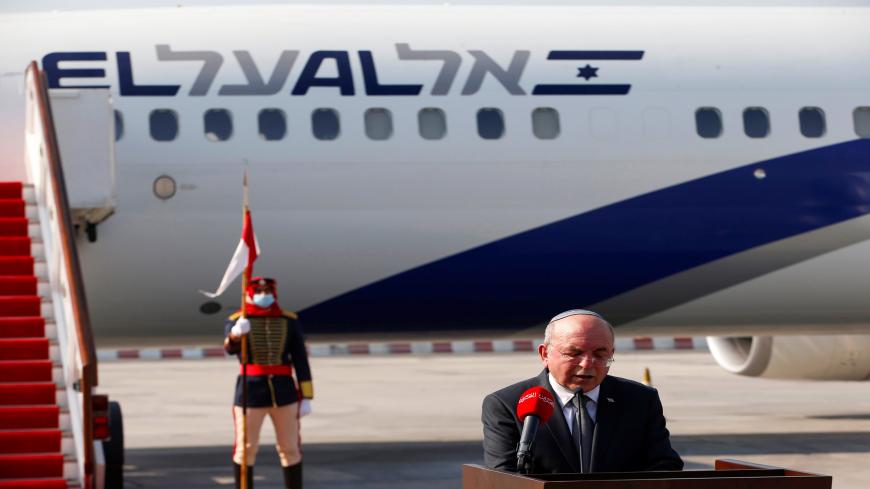 Israeli Prime Minister Benjamin Netanyahu has reportedly appointed national security adviser Meir Ben-Shabbat as Israel’s special envoy on the Iran nuclear issue ahead of renewed negotiations expected between the United States and Iran. Ben-Shabbat will be tasked with all of Israel’s contacts with the United States and the other signatories to the agreement — Russia, China, the United Kingdom, France and Germany. Specifically, he will try to convince the Americans that removing the sanctions imposed by former President Donald Trump on Iran and returning to the 2015 nuclear deal would be a grave mistake.

Israel’s official view is that the United States must conduct negotiations on a new nuclear agreement from a position of strength, taking advantage of the levers it holds and of Iran’s weakness. The idea is to strive for a long-term agreement, one that will also deal with Iran’s missile project and state sponsorship of terrorism.

Ben-Shabbat’s reported appointment stunned senior security officials. Their surprise stems not only from serious doubts about Ben-Shabbat’s suitability for the job, but also from Netanyahu’s decision to pass over Yossi Cohen, the Mossad chief who has attained mythological status in his lifetime and is largely viewed as a rare fit for the sensitive task.

“The inescapable conclusion from Ben-Shabbat’s appointment is that the prime minister is simply not interested in seeing a new agreement between the United States and Iran,” a senior diplomatic source told Al-Monitor on condition of anonymity. “He wants a clash with the US administration; he is in love with this pose that provided him with political leverage in President [Barack] Obama’s days.”

This conclusion may be somewhat far-fetched and premature, but the facts are incontrovertible. Ben-Shabbat is far from being fluent in English. Reportedly, he needs an interpreter by his side to fully understand what he is being told. He is not well versed in the Iran nuclear issue, hailing as he does from the Shin Bet domestic security service that does not deal with such matters. Ben-Shabbat does not know the new Biden administration appointees and will probably need a long time to forge close ties with them. His ability to form coalitions with the other powers is also doubtful.

Netanyahu could have picked any number of perfect candidates for the job. Cohen is obviously the best suited. First of all, the agency he heads is the main source of intelligence about Iran’s nuclear program. He has been monitoring and trying to counter the program for some 20 years. His English is flawless. He is intimately familiar with top Biden administration officials, veterans of the Obama White House with whom he dealt extensively in his previous job as national security adviser. Secretary of State Antony Blinken and national security adviser Jake Sullivan are longtime acquaintances with whom he built close relationships. Cohen is endowed with considerable charm, broad experience in the international arena, diplomatic skills and an authoritative presence. The timing, as far as he is concerned, is also perfect. He ends his 5½-year stint as Mossad director in June and could easily move into the role of Netanyahu’s special envoy on Iran.

So why did Netanyahu pass him over? First, because Cohen’s retirement from the Mossad marks the start of a possible political career. Netanyahu would never promote anyone who could become a political threat, not even in the national, existential interests of the state. He knows that Cohen is adept at manipulating the media and would assume credit should negotiations on the Iran issue succeed. The last thing he needs is a charismatic aide briefing reporters or delivering speeches on the Iran issue. As far as Netanyahu is concerned, he has the sole copyrights to the Iran issue — he and no one else.

Other than Cohen, Netanyahu could have picked others far more suited to the task than Ben-Shabbat. One of them is Maj. Gen. (Res.) Amos Yadlin, who announced Feb. 9 that he was stepping down as head of Tel Aviv University’s Institute of National Strategic Studies after a successful decade at its helm. Yadlin is one of the world’s foremost experts on the Iran nuclear issue. As a fighter pilot he took part in the 1981 bombing of Iraq’s nuclear reactor, as director of Military Intelligence he played a role in the 2007 destruction of Syria’s nuclear reactor and was also one of the key figures in Israel’s handling of Iran’s nuclear program. He is highly articulate in English and his contacts with the Democrats in Washington are excellent. The job is tailor-made for him, meaning Netanyahu is bound to exclude him for any consideration.

In a short-lived political foray, Yadlin ran against Netanyahu’s Likud on the ticket of the Zionist Camp’s 2015 Knesset elections slate, and although he is no longer an active politician, Netanyahu does not work with those he does not trust fully. Given that almost everyone is a suspect in his eyes, he is left with Ben-Shabbat.

Two other potential candidates for the Iran envoy’s position could have been Foreign Minister Gabi Ashkenazi, who is not running in the upcoming March 23 elections, and Gadi Eizenkot — both former heads of the Israel Defense Forces but also potential political rivals in the future. Had Netanyahu wanted to advance the issue, he could have considered them both. Unfortunately, Netanyahu is only interested in advancing himself.

Diplomatic and security experts familiar with the issue believe that Netanyahu is not interested in another nuclear agreement. He is convinced Israel’s prospects of swaying the Americans on the matter are doomed and therefore does not attribute crucial importance to the identity of his envoy.  As usual, he relies mostly on himself. He is apparently keen on restoring the Iran nuclear program to the top of the agenda ahead of the elections and formation of Israel’s next government and assuming the classic confrontational pose he adopted during the Obama administration. “That position is his forte,” another senior Israeli diplomatic source told Al-Monitor on condition of anonymity. “He knows how to convince the public that he is the only one who can stand up to America and the world, and to hell with the mission itself.”