As the world learns more of Israel’s agreement with the United Arab Emirates and other contacts with Gulf states, the central role and lofty ambitions of Mossad chief Yossi Cohen are also emerging. 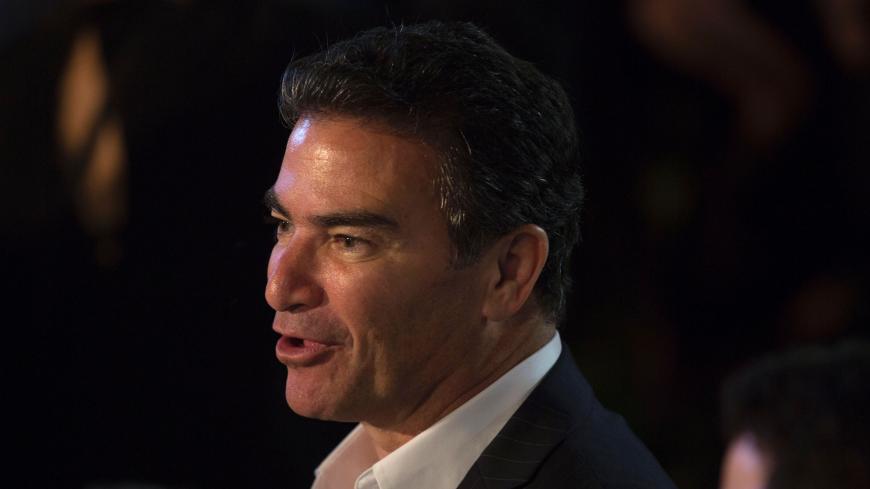 Yossi Cohen, the head of the Israeli Mossad, attends an Independence Day celebration at the residence of the US Ambassador to Israel in Herzilya Pituah on July 3, 2017.

Cohen played the most important role in the historic normalization of relations between Israel and the United Arab Emirates. Pompeo and Cohen had some loose ends to deal with and a lot of information to exchange before the Israeli delegation leaves for Abu Dhabi on Aug. 31 to push ahead with the normalization process. There are also other agreements, most notably with Sudan and Oman, that look like they will be finalized soon.

Ashkenazi may be the minister of foreign affairs, but Cohen is the uncontested architect of the regional peace initiative that was revealed this week. The prime minister consults with him on a regular basis and relies on him to get things done. Over the last few years, Cohen made numerous clandestine visits to the Gulf states and worked with Netanyahu on the tangle of relationships being woven together with pragmatic Arab states. It's all part of a larger effort to forge an alliance against Iran, especially a nuclear Iran. Cohen accompanied Netanyahu on his historic visit to Oman in November 2018 and came under considerable criticism for it from the staff of the Foreign Ministry, who complained he was encroaching on their territory.

Cohen is not the first Mossad chief to conduct secret missions on behalf of the prime minister. However, his clandestine and public diplomatic activity has been by far the farthest-reaching and most important. Cohen is also open about his ambition to get to the prime minister's office after Netanyahu. He plans to do so from within the Likud as leader of the right.

It was Netanyahu himself who first marked Cohen as his heir. According to journalist Tal Shalev on Walla News in 2019, Netanyahu has been saying behind closed doors that there are two people he considers fit to lead the State of Israel: Yossi Cohen and Israeli Ambassador to Washington Ron Dermer. Netanyahu thus dismissed a long line of senior Likud officials, including several veteran ministers likely to compete for the party leadership as soon as Netanyahu makes his exit.

Dermer is Netanyahu’s young protégé, his confidante and his closest adviser on diplomatic and political affairs. Cohen, now 59, is a different story. Back in 2015, Netanyahu deliberated long and hard over appointing him as Mossad director. It is quite possible that Cohen’s religious background and right-wing orientation gave Netanyahu the confidence to deem him trustworthy and loyal. The previous two Mossad chiefs, Meir Dagan and Tamir Pardo, had been too contrarian. In dealing with the Iranian nuclear project, they actually went behind Netanyahu's back.

Netanyahu's choice of Cohen turned out be a major success. Despite his relative youth, Cohen was responsible for several remarkable achievements, chief among them the operation to smuggle Iran’s nuclear archives to Israel in 2018. The world was shocked by the audacity of this operation, which Cohen managed personally. He then made the unusual move of giving Netanyahu the green light to go public about it. For it, he was accused at the time of assisting Netanyahu politically.

The Likud would be delighted to add Cohen to its ranks. As one senior official told Al-Monitor on condition of anonymity, if Cohen decides to run to head it after the Netanyahu era, he will “take the party by storm. No one will have a chance against him.”

Cohen’s chances of election are excellent. His diplomatic and security background give him a real advantage. That he worked alongside Netanyahu and learned politics and statesmanship from him at the highest levels certainly adds to his prestige. Cohen even looks the part. He looks good in his designer suits, earning him the nickname of “the model.” He has impressive skills in public speaking and his English is excellent. More importantly, he has natural political skills, a high level of emotional intelligence and the ability to pick the right people for the job. It was these qualities that helped him recruit a new generation of agents for the Mossad. One senior political official told Al-Monitor on condition of anonymity, “I saw him in a hotel with his family last year. He was at the pool and people came over to congratulate him. He looked them all in the eye and spoke to them. He was absolutely charming. He won them all over.”

A year ago, Cohen showed up at the Herzliya Conference to deliver a rare public speech. He revealed that under his leadership, the Mossad had created its own diplomatic-security directorate of sorts to advance peace in the Middle East. He said, “The Mossad has a role in identifying opportunities for peace. In order to boost its influence, we have established a new division, which will work precisely on this.”

It was the kind of political speech that one would expect from a prime minister and not the head of an espionage organization. As he laid out his vision for regional peace, he said, “The Mossad was intended to protect Israel from the risk of war, but I believe it has another role, which is no less important. That is to identify opportunities for peace and even more so, to initiate the processes that could advance peace.” He went on to say that the current circumstances present a golden opportunity for peace in the Middle East: “There are common interests on one hand, and a struggle against rivals like Iran and jihadist terror on the other. These, along with our close relationship with the White House and our channels of communications with the Kremlin, come together to create what could be a unique window of opportunity.” Cohen revealed, “The Mossad had identified what may be the first opportunity in the history of the Middle East to reach the kind of understandings which would lead to a comprehensive peace agreement.”

His remarks a year ago may have seemed a pipe dream then, but over the last few days, they turned out to be an established diplomatic fact. Ever since the prime minister revealed that Israel was on the verge of reaching a peace agreement with the UAE, Cohen has been just about everywhere. He was the first Israeli senior to pay an official visit to Abu Dhabi and if the reports are true, he met with a senior government official in Sudan just a few days later. Over time, Cohen’s decisive role in forging these historic regional alliances will be revealed. If he does end up gunning for prime minister, it would be the perfect way for him to present himself: a person on the right who makes peace, a man trusted by Netanyahu himself and a candidate worthy of continuing Netanyahu’s legacy.