Revelations over an alleged liaison with a married woman could threaten whatever political ambitions former Mossad Chief Yossi Cohen was harboring. 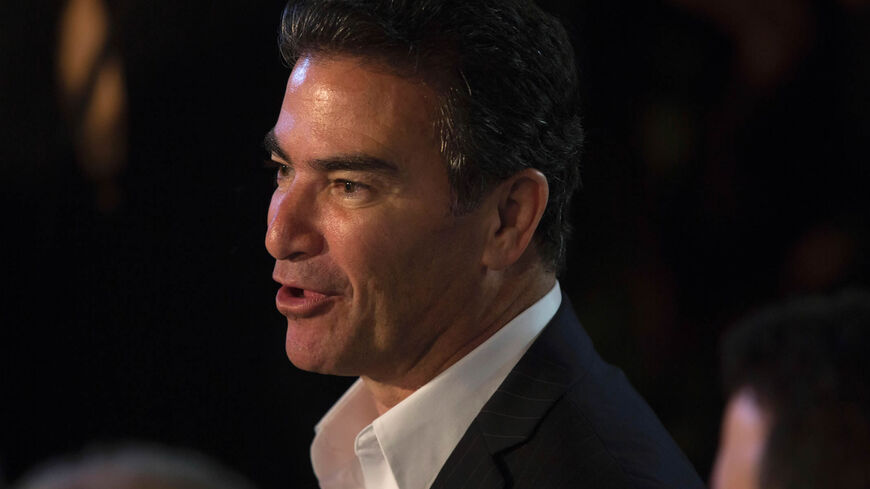 Head of the Mossad Yossi Cohen attends a Fourth of July Independence Day celebration at the residence of the US ambassador to Israel in Herzilya Pituah, Israel, July 3, 2017. - Heidi Levine/AFP via Getty Images

It is no secret that vaunted former Mossad Director Yossi Cohen, who stepped down earlier this year, aspires to be Benjamin Netanyahu's heir even before the former prime minister’s political demise has been declared. Netanyahu, too, has been quoted in the past as mentioning Cohen’s name, together with that of his ambassador to Washington Ron Dermer, as his potential heirs to lead the Likud party and run for the premiership.

Cohen would seem to have everything it takes for such a future: the right look, the understated yet abundant charisma, a record as one of the most daring Mossad chiefs of all times, sharply honed political antennae and a winning personality that has charmed many, journalists of all stripes included. Even before announcing his political intentions (if he indeed announces), Cohen has been the favorite on Likud members’ WhatsApp betting pools for the day after Netanyahu, although most pray that day will never come.

Cohen sustained a blow Dec. 20, which could turn out to be a real problem. Many were surprised at the expose aired on Channel 13’s show “Hamakor” (“The Source”) — those who know Cohen less so.

Cohen is known as a rule breaker who gives in to his instincts, often swept up in his liking for the good life, drawn to power, women, money and the limelight. He has previously been touched by scandal, barely emerging unscathed. Cohen’s name around the Mossad was “the model,” a reference to his top model looks. He wears expensive suits, uses pricey cologne and never appears disheveled, sweaty or bothered. In short, a shining poster boy for excellence responsible for some of the most amazing Mossad operations of recent years. But this week, Israel was abuzz not with Cohen’s operations in Tehran, Damascus or Beirut, but with Cohen as a smooth operator of a completely different kind.

The Channel 13 investigation was a one off: A cuckolded husband facing the cameras and telling the nation about the alleged exploits of the spy agency chief who was (claimed the husband) having a transatlantic affair with his flight attendant wife whom he wooed with stories of his daring, of top-secret Mossad operations and its methods.

The husband found out, so it seems, about the affair his wife was having with one of the most powerful men in the Middle East and launched a counteroffensive in real time. Cohen found himself vulnerable to blackmail, but continued the affair, following the object of his desire on her flights around the world, energetically courting her and trying to “contain” her husband’s fury — even as he was commanding the legendary intelligence agency during one of the most fascinating and busy periods in its history. Looking into the cameras, the husband said, “I saw the time he was investing in my wife and asked myself, ‘When does he work?'”

Cohen’s name came up in the past in a number of highly publicized embarrassing scandals. Among them was a $20,000 gift from Australian gambling tycoon James Packer, whom Cohen had invited to his daughter’s family wedding. Packer is named in a bribery charge against Netanyahu for allegedly buying the prime minister and his family members expensive gifts, along with influential Hollywood producer Arnon Milchan. Packer and Milchan reportedly offered Cohen the top job at a cybersecurity company they had opened together, including a $10 million signing bonus. Before that could happen, he was named in 2015 to head the Mossad. Cohen drew harsh criticism in June over his interview on the investigative program “Uvda” (“Fact”) for being a show-off blabber mouth and divulging secrets to the enemy. While he came out of all these affairs with barely a scratch, his latest adventure has the potential to cause him great harm. One complaint against him has already been lodged with police.

The popular political thriller “House of Cards” pales in comparison to some of Cohen’s escapades. These have all the ingredients of a blockbuster: international espionage, a struggle against fanatic ayatollahs who have threatened to wipe Israel off the map and are intent on developing a nuclear bomb, foreign billionaires, lots of money, luxury hotels and houses, close association with a prime minister and his family, mysterious explosions, daring assassinations and women, of course.

Ironically, many in Israel believe that this all makes Cohen perfect for the job of prime minister. Netanyahu, too, wooed a flight attendant whom he met on a transatlantic flight and who subsequently became his wife. Netanyahu, too, turned his close association with generous billionaires into a real art form. Netanyahu, too, skated on thin ice of questionable legality throughout his career. Even the two men’s command of English is almost equal.

Following his interview on "Uvda," Cohen was forced to defend himself against a complaint submitted to the attorney general by Col. (Res.) Yossi Langotsky, one of the founders of the military’s special ops network and a senior former intelligence official. Langotsky, along with other senior former officials, argued that Cohen’s chatter had disclosed critical operational secrets enabling the Iranians, in reverse engineering, to understand things they should not have known about the Mossad’s methods in fighting them. The complaint is still under review. It has now been joined by another complaint, this time to police, over Cohen’s conduct as Mossad director as exposed on Channel 13.

Cohen himself has yet to decide whether to go into politics. Assuming he overcomes the potential above-mentioned hurdles, the man is equipped with a sophisticated tool kit and is the first and perhaps only candidate who seems to be in the same league as Netanyahu in terms of his charisma, deviousness and determination. It is unclear whether the latest scandal will harm or perhaps boost his popularity, especially among the right-wing voter base of Netanyahu fans. However strange it sounds, the threshold requirements for leading Israel these days are completely different than they were in the past. A whiff of criminality could help, not to mention skills of deception and manipulation and a killer instinct, all of which Cohen has, in spades.