Prime Minister Benjamin Netanyahu is embroiled in not one but three major scandals that could end his career. 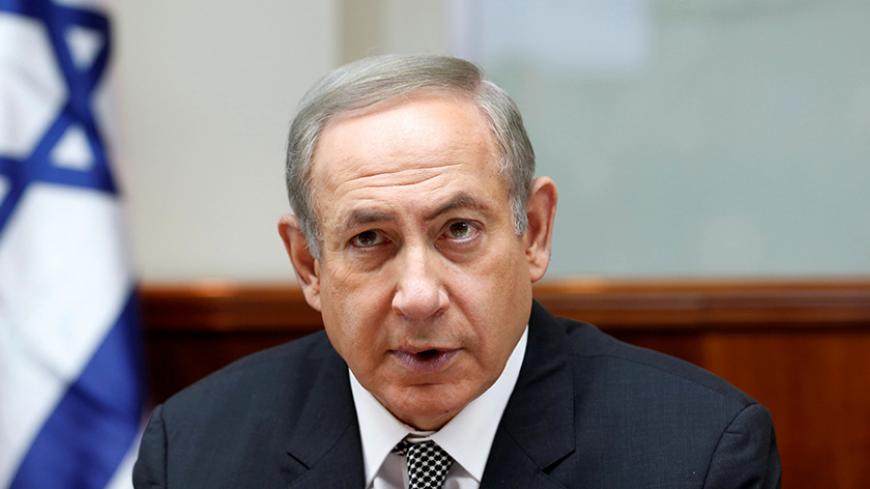 First there is “Nonigate,” an investigation into a series of conversations that Netanyahu had with his arch-nemesis Arnon (Noni) Mozes, publisher of the Yedioth Aharonoth group. These talks resulted in long, remarkable transcripts, reeking of a bribery scandal in the works. In recent days, selections from these transcripts have been aired nightly by Channel 2. As a result of these revelations, a long list of newspaper editors, senior journalists and other major media figures have been called for interrogation and affidavits. Most prominent among them are figures associated with the Israel Today (Yisrael Hayom) and Yedioth Aharonoth newspapers.

The second investigation focuses on the gifts that the Netanyahu family has accumulated over the years from a group of billionaires. These gifts, valued at hundreds of thousands of shekels or more, were given to the Netanyahu family on demand, systematically and over an extended period of time.

This investigation branched off into unexpected territory. The first billionaire to be interrogated was Ronald Lauder. One of his principal moneymen was recently interrogated in New York. He was later joined by many others, Israeli-American billionaire Arnon Milchan and Australian James Packer the most prominent among them.

Now the investigation has reached in a rather surprising direction. It is looking into Mossad chief Yossi Cohen, who is listed, according to the allegations, among the recipients of gifts and benefits from Netanyahu’s billionaires. Initially, the Cohen investigation was defined as a disciplinary matter and was therefore conducted by the Civil Service Commission. Recently, however, it was handed over to the attorney general’s office and the police. Among other aspects of Cohen’s ties with Milchan and Packer, Cohen is alleged to have received tickets to a Mariah Carey concert that took place in Israel last summer. Cohen is said to have gotten the tickets from Packer, who was dating the singer at the time.

In the course of his career, Cohen retired from the Mossad and spent two years (2000-2002) in the private sector, employed by a high-tech company associated with Milchan. It has since been revealed that before Netanyahu appointed him Mossad director last year, Cohen was made a very lucrative employment offer at an IT company associated with Milchan and Packer. The proposal was dropped once Netanyahu appointed Cohen at the very last moment.

The investigation is uncovering a very problematic picture, one of a tangled web of individuals, including the prime minister, the director of the Mossad, billionaires and Israeli and non-Israeli businessmen. Netanyahu’s business ties around the world have popped up in the Mozes investigation as well. He is suspected of trying to mediate deals to sell Yedioth Aharonoth to a number of major international investors, including Germany’s Springer group and billionaire Larry Ellison.

The third investigation concerns the submarine scandal. Here too, the stench is overpowering. It is being investigated separately from the first two cases by the Israel Police’s Unit for Economic Investigations. The fact that Netanyahu’s personal attorney David Shimron served as middleman in defense purchases valued at billions of dollars, some of which were not even vital to Israel’s security, provoked a major public outcry. Netanyahu is now behind in the polls and no longer enjoys the trust of most Israelis, a situation attributable to this scandal.

Now that Milchan has provided the police with detailed testimony and admitted to supplying the Netanyahu family with gifts, the investigation into these gifts is focusing on the relationship between Packer and the Netanyahus. Packer was first introduced to Netanyahu by Milchan, with whom Packer has business and social ties. Milchan also provided Netanyahu with services such as those of prestigious strategic consultant Gary Ginsberg, who has close ties with the US Democratic Party. Ginsberg wrote speeches for Netanyahu and helped him prepare for important appearances in the United States. Milchan himself is the main provider of everything from expensive cigars to high quality alcoholic beverages to the Netanyahu household.

One person who sticks out in this imbroglio is Yair Netanyahu, the elder son who is considered within family circles to be his father’s “natural heir.” On Jan. 17, the 26-year-old spent hours testifying to the police about his special relationship with Packer. Packer is suspected of funding a long list of favors for him, including flights, expensive hotels and stays at luxury apartments in Tel Aviv. Based on various testimonies, he and Yair Netanyahu are “close friends.” A few years ago, Packer purchased the villa adjacent to the Netanyahu family home in Caesarea, with the intention of renovating it and living there. Milchan was involved in the deal, hooking Packer up with a property appraiser and advising him throughout the purchase.

This group of moneyed power brokers is now being interrogated by Israel’s elite police unit Lahav 433. Details of the investigation had been kept tightly under wraps. After working for months beneath the radar, the police were able to surprise the subjects of the interrogation and the press with their findings. Now the interrogations are assuming center stage, provoking a major public storm.

The emerging assessment among law enforcement and the political system alike is that the Netanyahu era is coming to an end. There is no clear timetable yet, but the overall impression is that this time, the “Harry Houdini of Israeli politics” will not be able to escape. The question is now whether the prime minister will try to use some unconventional weapons in his defense. In his efforts to sideline the investigations, Netanyahu could instigate an outbreak of violence or another security crisis.

There are those in the political system who hope that State Attorney General Avichai Mandelblit will offer a deal. He could, for instance, offer to end all investigations into Netanyahu and his family in exchange for his resignation and retirement from political life once and for all. Nevertheless, while it is uncertain whether such a deal would pass the test of a Supreme Court challenge, it is unlikely that Netanyahu would accept it. He is and always has been a tenacious fighter who refuses to concede. This time, however, many people in Israel are praying that he simply gives up. After all, it is in no way certain that Israel can allow itself the luxury of that kind of fight.