More than the fate of Prime Minister Benjamin Netanyahu rides on the decision of Attorney General Avichai Mandelblit: public trust in the legal system, not to mention his own career. 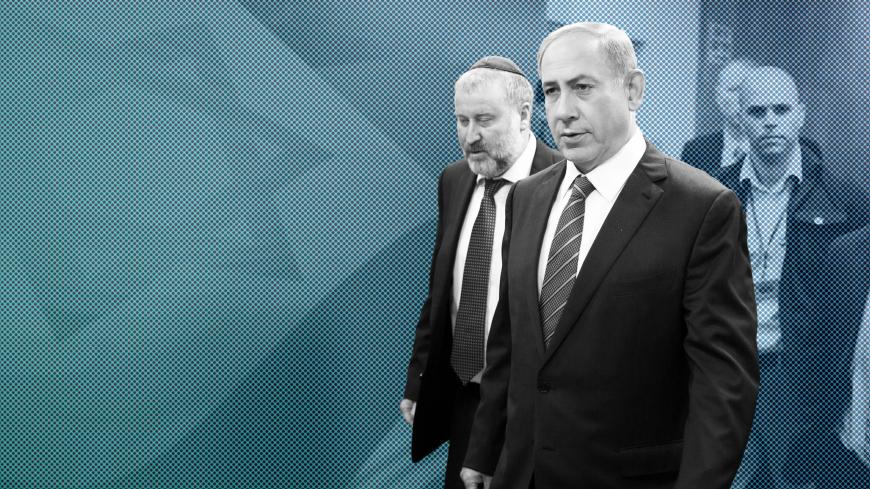 When it comes to Case 1000, at least, the summary of the investigation will lead to a single, decisive conclusion: Netanyahu must be indicted for bribery. Deliberations over Case 2000 are still underway, and it is possible that he will be indicted for a less serious crime.

Regardless, the fate of Netanyahu and the stability of the entire Israeli political system will fall squarely on the shoulders of the former major general and chief military advocate general who also served as Cabinet secretary. His decisions will shape the inevitable wars over succession and the face of Israel in the years to come.

It appears the burden may be more than this one man can bear. For over a year, demonstrations have been calling on him to expedite the Netanyahu investigations and make his decision. On Jan. 20, a small group of demonstrators appeared outside the synagogue where Mandelblit, who became religious late in life and now observes an Orthodox Jewish lifestyle, was worshipping. The incident prevented Mandelblit from reciting the Kaddish prayer for his mother, who died a few weeks ago.

The man certainly looks like someone caught up a crisis. Since deciding to oversee the Netanyahu investigations personally, he has approved every question and every move, and an attorney representing him has been attached to the interrogators. Nevertheless, Mandelblit has made a point of leaking that his personal deliberations over whether to indict the prime minister could last many more months.

Personally, I think that Mandelblit, as a religious Jew, prays three times a day for the government to fall and for Netanyahu to lose a flash election. It would reduce the drama significantly and decrease the magnitude of his decision. But the chances of that happening tend toward zero. Ultimately, Mandelblit will have to decide.

The actual decision should be simple. All the highest-ranking police officials concur about the evidence that Netanyahu accepted a bribe, at least in the case of the gifts. "The attorney general who could close the case without an indictment hasn't been born yet," one senior police official told Al-Monitor last week on condition of anonymity. "There is the main testimony, there are corroborating testimonies, there is evidence, there are receipts and there is testimony concerning many other cases, which are not being investigated but show a pattern of behavior. We don't need more than that."

The officer is referring to the "gift industry" maintained by the Netanyahu family. Through it, they've received a steady supply of cigars, champagne, jewelry and other benefits, systematically and upon demand, for a very long time, from Israeli billionaire Arnon Milchan and his Australian friend James Packer.

Many details of this investigation have leaked over the last few months. They paint an almost surreal picture of endless demands by Sara Netanyahu or her husband for expensive gifts.

On the evening of Jan. 23, Channel 10 reported that Ari Harow, Netanyahu’s former chief of staff, testified about a conversation between Netanyahu and Milchan at which Harrow was present. According to this testimony, Netanyahu reported to Milchan about Netanyahu's efforts to convince the US administration to extend Milchan's long-term visa and asked Milchan if he had brought Netanyahu the cigars. The encounter seems to prove that the relationship between the two men involved bribery. Netanyahu acted officially on behalf of Milchan in exchange for gifts and benefits.

Mandelblit appears to find these testimonies less impressive. He is intimately aware of all the details of the investigations. Yet despite the accumulated testimonies, the attorney general is not yet sure whether he can prove beyond a doubt that there was bribery between Netanyahu and Milchan.

In private conversations over the past few weeks, Mandelblit has been heard bemoaning the possibility that if he indicts Netanyahu and forces him to resign and then Netanyahu is acquitted, the damage to the legal system will be irreparable. An indictment that does not end in a conviction could shatter public trust in the legal system for having taken down an elected prime minister under false pretenses.

Mandelblit's goal in life is to reach the Supreme Court. So far, he is still headed in that direction, despite a few unanticipated obstacles along the way (Mandelblit was interrogated under warning over the Harpaz affair when he was chief military advocate general, but the case against him was eventually closed in 2014). Once he completes his term as attorney general in just over three years, he would be a natural candidate for Supreme Court justice.

If Netanyahu is indicted only to be acquitted, it would be a devastating blow to Mandelblit. His chances of being appointed to the Supreme Court would be reduced considerably. On the other hand, the alternative could also deliver a mortal blow to Mandelblit's aspirations. Since the majority of Israeli criminal judges believes that there is no way to avoid indicting Netanyahu, a failure to do so will look like Mandelblit succumbed to pressure, causing enormous damage to the rule of law. By closing the bribery case against Netanyahu, Mandelblit would grant license to all elected officials and public servants in Israel to stop worrying about the risks and start accruing gifts and benefits of their own. Senior law enforcement officials in the Israel police tell Al-Monitor that a failure to prosecute would force them to change their policies regarding law enforcement and investigation, and that many similar investigations currently underway will shrivel and die.

Finance Minister Moshe Kahlon could offer a lifeline for Mandelblit if he announced that he will bring down the coalition once the police submit their recommendations. But Kahlon has decided not to follow the lead of former Prime Minister Ehud Barak, who showed former Prime Minister Ehud Olmert the door in 2008 even before the police submitted their recommendations in his case. So the ticking time bomb remains on Mandelblit's desk as he prepares to make the toughest decision of his life.