Issuing the waivers would be a sign of the Trump administration’s begrudging inclination to go along with the nuclear deal, at least for now, even as it huddles with Sunni allies and Israel to push back on Iranian expansionism. 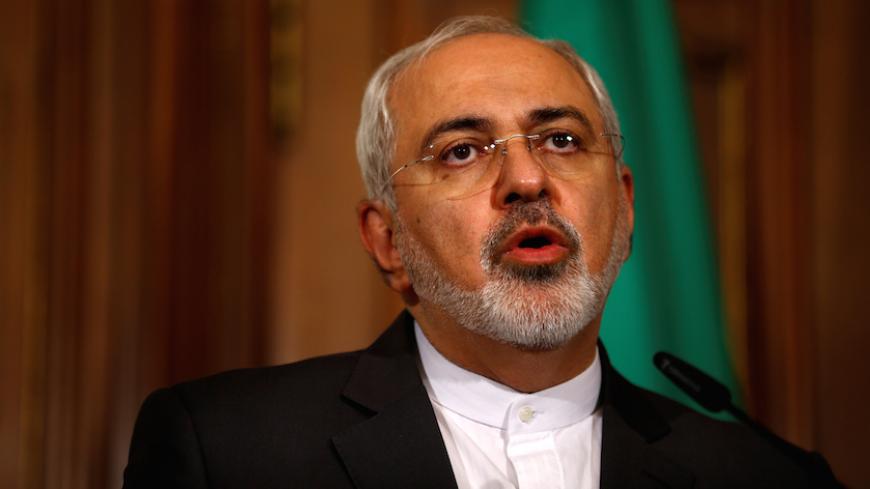 WASHINGTON — The Donald Trump administration is expected to waive relevant sanctions on Iran today, as called for under the landmark nuclear deal, a US official tells Al-Monitor.

Notification of the waivers is expected to be made in statements from the State and Treasury Departments. The administration is still conducting a broader National Security Council-led interagency review of its policy to Iran, however, including determining whether the deal negotiated under President Barack Obama is in the national interest.

US officials said that until the review is completed, the administration will continue to adhere to the terms of the Iran nuclear deal, also known as the Joint Comprehensive Plan of Action (JCPOA).

“We are continuing to review the JCPOA,” a State Department official speaking not for attribution told Al-Monitor. “While that review in underway, we continue to implement our commitments."

"The Trump administration has made clear that at least until this review is completed, we will adhere to the JCPOA and will ensure that Iran is held strictly accountable to its requirements," the State Department official said. “Once we have finalized our conclusions, we will meet the challenges Iran poses with clarity and conviction.”

US officials have declined to offer a timeline for when the reviews will be completed.

Al-Monitor first reported on Sunday that the waivers would likely be issued this week. The announcement is expected to be made after White House spokesman Sean Spicer gaggles with the press on the flight en route to Groton, Connecticut this morning. Trump is traveling there to deliver the commencement address at the US Coast Guard Academy just after 11 a.m.

Secretary of State Rex Tillerson certified in an April 18 letter to Congress that Iran was adhering to the nuclear deal. The agreement went into effect in January 2016, after years of negotiations.

Addressing reporters a day later, however, Tillerson harshly denounced Iran’s support for terrorism and proxy groups accused of destabilizing countries in the region. The Trump administration intends to pursue a comprehensive policy toward Iran that addresses those malign behaviors, he said.

Issuing the waivers would be a sign of the Trump administration’s begrudging inclination to go along with the nuclear deal, at least for now, even as it huddles with Sunni allies and Israel to devise a strategy to push back against Iranian expansionism in the region. The move comes just days before the president heads to Saudi Arabia, Israel, Italy and Brussels on his first foreign trip as president, and on the eve of Iranian presidential elections on May 19.

Iranian President Hassan Rouhani has made reaching the Iran nuclear deal with six world powers a centerpiece of his re-election bid. He has come under criticism from political rivals who say Iranians have not felt the economic benefits from sanctions relief that the deal promised.

Rouhani, in the final days of the campaign, has said if he is re-elected, he would seek to get non-nuclear sanctions on Iran removed, implying he would pursue talks with the United States on a broader range of concerns between the two countries. Speaking at a campaign rally in Esfahan on May 14, Rouhani said he would put his foreign minister, Mohammad Javad Zarif, on the task.

With the nuclear deal, “We established a bridge between Iran and the world,” Rouhani said at the event. “If the Iranian people allow it, if the supreme leader supports and guides it, with Dr. Zarif, the rest of the sanctions can be removed.”