Israel’s top security and intelligence officials can’t agree on whether Israel is better off with or without an Iran nuclear deal. 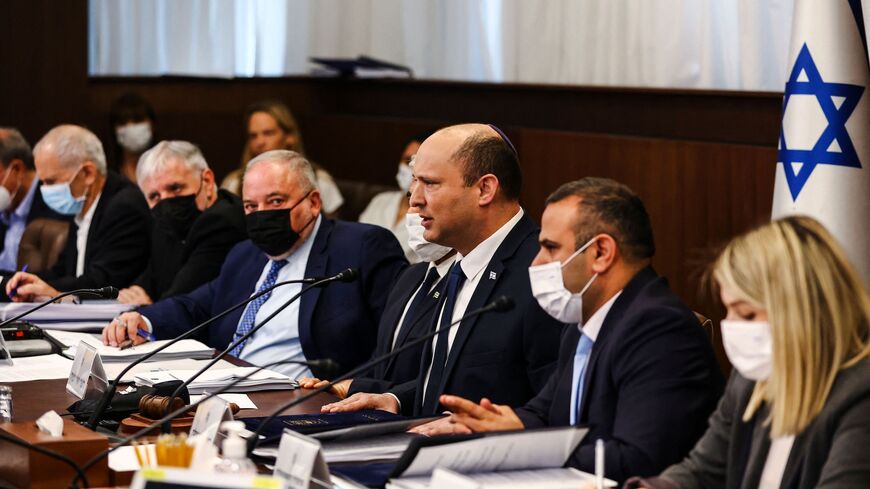 Israel’s top defense and security brass is engaged in a tense dispute over the handling of Iran’s nuclear program.

The drama is reminiscent of the deep disagreement among Israel’s leadership 10 years ago, when Prime Minister Benjamin Netanyahu and Defense Minister Ehud Barak unsuccessfully sought to convince the security cabinet to approve a strike on Iran’s military nuclear infrastructure. A decade on, history is repeating itself. Israel’s military capabilities for such an attack have since degraded as Iran’s program has progressed and expanded, but the Israel Defense Forces is feverishly building up is capabilities with generous funding.

The controversy is the same, as is the balance of power between opponents and proponents of a deal with Iran. The crux of the controversy is over intense US efforts to reconstitute the 2015 nuclear deal between Iran and world powers. One camp believes reviving the agreement is Israel’s best option, at least among bad choices, and the other is convinced that the proposed agreement negotiated in Vienna is a disaster.

Brig. Gen. (reserve) Dror Shalom, the former head of the Research and Analysis Division of Israeli Military Intelligence, reportedly told his American interlocutors this week in Washington that the US decision to pull out of the agreement with Iran in 2018 was a careless strategic mistake.

Shalom currently heads the political-military bureau of Israel’s Ministry of Defense, a highly influential and sensitive policy post Defense Minister Benny Gantz appointed him to earlier this year. His purview includes public and clandestine contacts with defense establishments around the world.

Shalom led the intelligence research bureau from 2016 to 2020, a time when Netanyahu and his close aide, Ambassador to the United States Ron Dermer, were deeply invested in convincing President Donald Trump to withdraw from the agreement with Iran. Shalom warned Israeli decision-makers including Netanyahu of the risks of such a move. Many top security and defense minds agreed.

Their assessments have borne out. The regime of the ayatollahs has not collapsed, the economic sanctions have not forced Iran to abandon its nuclear program and (perhaps despite Netanyahu and his allies' hopes), Trump did not order a strike on Iran’s nuclear facilities. Shalom and other like-minded officials point out that Iran is now far closer to the nuclear threshold than it was while bound to its commitments under the 2015 agreement, and no world power seems to be able to stop it or afford the price off trying.

Shalom’s analysis corresponds to comments by former military intelligence chief Maj. Gen. Tamir Heyman, who said in an interview this week with Israel Hayom that a return to the agreement with Iran is Israel’s least bad option. His successor Maj. Gen. Aharon Haliva reportedly agrees. As head of military intelligence, he is also tasked with compiling Israel’s national annual assessment report, which also reflects the long prevailing military intelligence view of the Iran issue.

The most prominent professional voice on the other side of the issue is Mossad director David Barnea, who took the agency’s reins a year ago from Yossi Cohen. Barnea reportedly believes the deal with Iran is catastrophic, lifting all the constraints from Iran’s nuclear program within a few years.

Barnea is of the view that Israel must do everything in its power to prevent a return to the deal, arguing that the status quo is the best alternative, allowing Israel to keep working against Iranian advances while international sanctions remain in place.

Prime Minister Naftali Bennett’s views appear to correspond to Barnea’s, just as Netanyahu was in sync at the time with Cohen.

Gantz leans the other way, which is hardly surprising, as the Israel Defense Forces report to him as defense minister. Bennett's alternate, Foreign Minister Yair Lapid, is somewhere in the middle, and IDF chief Lt. Gen. Aviv Kochavi’s views are closer to the Mossad chief’s.

The argument has serious policy repercussions. The Mossad has reportedly intensified its activities on Iranian soil, taking some credit for convincing US President Joe Biden to reject Iran’s demand for removal of the Islamic Revolutionary Guard Corps (IRGC) from the US list of foreign terrorist groups in return for agreeing once again to curb its nuclear ambitions.

In late April, the Israeli press reported on a Mossad operation in Iran involving the detention of Mansour Rasouli, who confessed under interrogation to having been recruited by the IRGC’s Quds Force to assassinate an Israeli diplomat in Ankara, an American general in Germany and a French journalist. The confession, recorded fragments of which were made public, was believed to have been instrumental in Biden’s final decision on the IRGC.

Israeli decision-makers have so far managed to downplay this disagreement and presented a mostly united front to the outside. If and when a military option becomes relevant, the debate will obviously be vastly different.

Controversy also surrounds the military buildup intended to restore Israel’s military option on Iran. Many believe Israel is too late to stop Iran’s nuclear project, but not everyone agrees with this pessimistic outlook. Kochavi, for example, already has at his disposal means to cause significant damage to Iran’s nuclear infrastructure, and those resources will only become more effective as time goes by.

“Iran is clearly well within the immunity zone, to quote Defense Minister Barak’s assessment a decade ago,” a senior Israeli security source told Al-Monitor on condition of anonymity, referring to Iran’s ability to fend off external attack. “But that is why we have to think outside the box, devise new capabilities, create different paradigms and be able to defend Israel. We are headed in the right direction and I have no doubt we will achieve our goal.”