In the battle between Israel’s security agencies, the Mossad estimates that US President Joe Biden's administration is eager to reach a deal with Iran, at whatever cost. 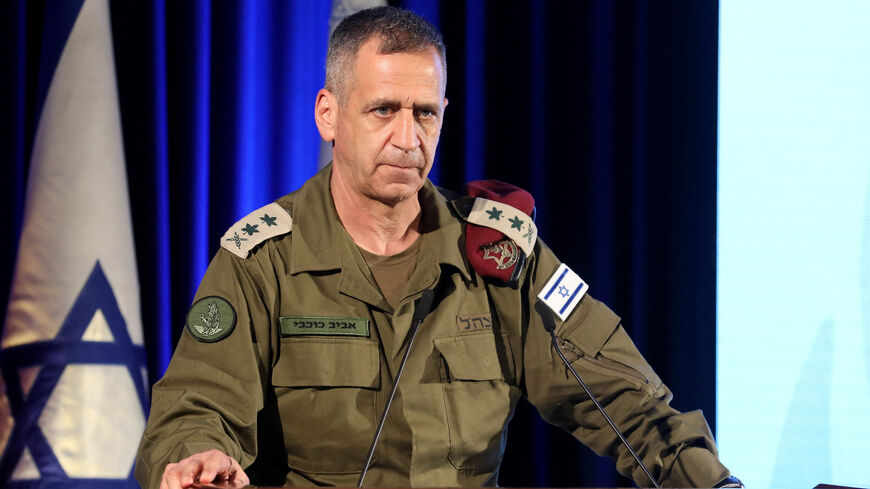 Lt. Gen. Aviv Kochavi, head of the Israel Defense Forces (IDF), paid a visit this week to the headquarters of Unit 8200, the military intelligence arm tasked with collecting signals intelligence and decrypting cybertraffic.

Following his visit, Channel 12 News aired a video clip that Kochavi was reportedly shown by his hosts, said to document the results of a June 27 cyberattack that set fire to parts of a plant operated by Iran’s state-owned Khuzestan Steel Company and caused heavy damage. While Israel has not claimed responsibility for the attack, foreign news media have speculated that Israel was behind the attack claimed by hacktivists. Israel and Iran are waging an escalating cyberwar that has inflicted far more significant damage on Iran than on Israel.

Nonetheless, the opposing view currently dominates the complex Israeli security arena. Its leading purveyor is Mossad Director David Barnea, who stepped into the large shoes of his predecessor Yossi Cohen a year ago and, against all odds, has even surpassed him in various regards.

Meanwhile, according to the Mossad, an agreement with Iran is a done deal. Barnea believes the question is not whether an agreement will be signed, but when. This assessment is based on simple reasoning, which argues that both sides have no other choice. The Iranians, according to this argument, are desperate for the funds that would be freed once an agreement is reached and sanctions are lifted, whereas Biden needs it before the mid-term congressional elections in order to make good on his pledge to voters to bring down fuel prices. With converging interest and an approaching deadline (November mid-terms), the deal will go through, according to the Mossad’s assessment.

What's more, the Mossad tends to discount reports emerging in recent weeks of a stalemate in negotiations between the sides, and poor prospects of a breakthrough. Reassurances from Washington that the United States does not intend to compromise have not made a dent in this Israeli assessment, either.

“Words do not impress us, only actions, and in this regard, we are clearly identifying a burning desire to reach an agreement, compromises that the sides have agreed on and an ongoing striving for this goal,” a top-level Israeli security source told Al-Monitor on condition of anonymity. “It should also be stressed once again that a nuclear agreement is a bad option for Israel to the extent of posing an existential threat. It will hand Iran a ‘license to kill’ within a few years and turn it into a nuclear threshold state verging on a nuclear state. Israel must make clear that it will not be bound by such an agreement.”

The Mossad is marking another victory these days in its counterterrorism campaign against Iran, having thwarted concrete attempts by Iranian-sponsored agents to kill or kidnap Israelis visiting Turkey in revenge for alleged Israeli killings of Iranian scientists and top officials.

Senior officials have told Al-Monitor that Barnea was responsible for last month’s decision to reveal the identity of the Iranian official behind the terror plot — Islamic Revolutionary Guard Corps (IRGC) intelligence chief Hossein Taeb. His name and photo were made available to Israeli media June 17, minutes before the primetime TV news shows, sending Taeb a clear message to stop targeting Israelis or bear the consequences. On June 23, the IRGC issued a brief statement saying Taeb had been replaced by Gen. Mohammad Kazemi as the new head of its intelligence organization.

Reportedly, Barnea himself oversaw the massive Israeli-Turkish hunt for three cells said to have been sent by Iran to find Israeli targets. Some Israelis in Istanbul received personal warnings that they were on the Iranian hit list and were spirited away from Turkey. One of them was an Israeli diplomat who was vacationing with his partner in the same hotel where some of the assassins were lodging.

Still, the Mossad is not uncorking champagne bottles just yet. A few days ago, Egypt warned Iran against attacking Israelis on its soil. “Right now, the Iranian effort in Turkey has failed but it continues elsewhere,” a senior Israeli security source told Al-Monitor on condition of anonymity. “They have no intention of giving up and we must therefore not rest on our laurels.”

Meanwhile, Israel is compiling a list of diplomatic measures designed to increase pressure on Iran and create leverage that would force it to abandon its nuclear program. These options will be presented to Biden during his visit. “There are ways of blocking the nuclear project that are not military means,” the senior Israeli security said. “So far, the West and the United States have not used all the diplomatic and economic tools at their disposal. On the contrary, far from it. The Iranians know it and given their situation they will find it hard to resist such measures. We intend to warn against a new nuclear agreement and present him with a clear alternative.”

Biden’s response to these alternatives is currently hard to gauge. Some Israeli officials speculate that the landmark US Supreme Court ruling against abortions has generated new hopes among Democrats ahead of the mid-terms, which could perhaps cool the administration’s ambition to score points with an Iran nuclear deal. Meanwhile, until Biden arrives, both sides of the approach to the Iran nuclear issue — the Mossad and Military Intelligence — will continue to hone their arguments. It will be up to Lapid to decide which one to adopt.