For Israel, new Iran deal perhaps better than no deal at all

Officially, Israel is against the negotiated new nuclear deal with Iran, but unofficially, it thinks the new deal would be better than no deal at all. 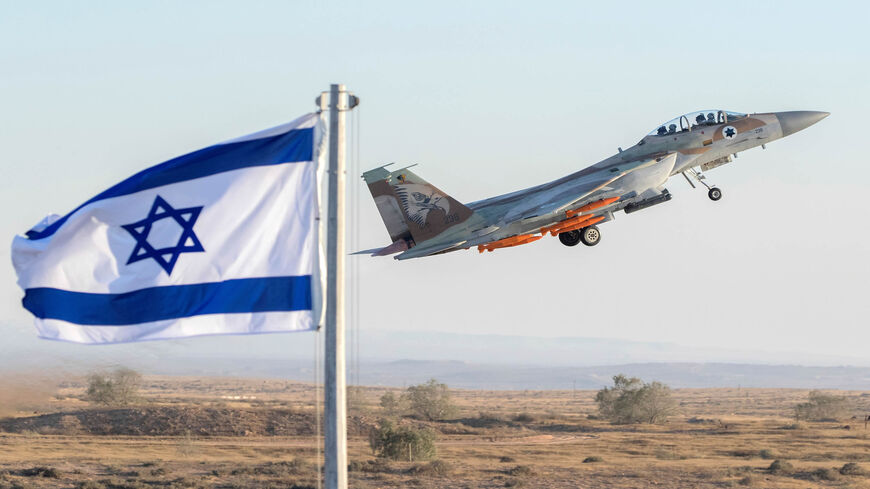 An Israeli air force F-15 Eagle fighter plane performs at an air show during the graduation of new cadet pilots at Hatzerim base in the Negev desert, near the southern city of Beer Sheva, Israel, June 29, 2017. - Jack Guez/AFP via Getty Images

Israeli security experts are divided on the question of the new agreement nearing completion to curb Iran’s nuclear program. Israel’s official line continues to insist that the emerging deal is bad and dangerous, and that it is incumbent upon Israel to pull out all the stops in order to convince the Americans and their five partners to avoid signing it. But divergent views are also being voiced behind closed doors. According to the assessment of the Military Intelligence Directorate, for example, while the agreement is bad and risky, it is currently the best option available. In other words, the option of signing the agreement, as opposed to rejecting it for the sake of other alternatives, is the lesser evil. Put another way, it is horrendous, but there are worse disasters.

Proponents of this approach argue that reviving the 2015 agreement between Iran and world powers would grant Israel and its allies in the region and elsewhere an additional eight to nine years of relative calm, before Iran resumes its race for a bomb. This hiatus would allow Israel to invest in an accelerated military buildup to counter the Iranian threat and complete building the regional anti-Iran alliance it is promoting. As part of this buildup, Israel is putting together a framework it calls the Middle East Air Defense (MEAD) system with the participation of its regional allies, with other states in the region, such as Saudi Arabia, described as observers providing external support.

At an April 4 ceremony marking a change of command over the Israeli air force, outgoing Chief Maj. Gen. Amikam Norkin took the unprecedented step of delivering part of his speech in Arabic. “His words were meant for our allies in the Middle East,” a senior Israeli officer told Al-Monitor on condition of anonymity, “especially for their air force commanders working closely with the air force on building the new regional alliance.” The comments were apparently directed not only at Israel’s allies, but also at its enemies — first and foremost Iran and its Lebanese branch, Hezbollah.

As for the military intelligence assessment, much has been made of the so-called sunset clause in the 2015 agreement, which lifts restrictions on Iran's nuclear enrichment program after 2025, as its main strategic flaw. Critics contend that Iran will thus be released from a significant number of its commitments under the agreement within just 2½ years, handing it what is essentially a “license to kill” by resuming progress on its program.

Israeli intelligence officials believe this concern is no longer relevant. “The Iranians have already achieved all the capabilities and know-how that they would have obtained once the sunset clause took effect,” a senior Israeli defense source told Al-Monitor on condition of anonymity.

“The US withdrawal from the agreement [in 2018] prompted Iran to move ahead with research and development by operating advanced centrifuges and amassing fissile material and extensive knowledge. Everything they were expected to do after the so-called sunset clause has already been done, and therefore we’re talking about horses that have already bolted. Right now, there is no better alternative than the renewed agreement in order to freeze the Iranian nuclear program and roll it back, assuming, of course, that no one in the West intends to attack Iran. The sanctions, as we have seen, did not do the job, either,” added the source.

Israel’s official policy adamantly opposing the deal is expected to remain in place. Its main advocates are Prime Minister Naftali Bennett and Alternate Prime Minister and incumbent Foreign Minister Yair Lapid.  The flip side is represented by Defense Minister Benny Gantz, who avoided joining in the harsh condemnation issued by Bennett and Lapid last month against reported US intentions of removing Iran's Islamic Revolutionary Guard Corps from the list of terrorism organizations as part of the nuclear deal. Meanwhile, new Mossad Chief David Barnea is believed to hold hawkish views on the issue, arguing that all efforts must be made to prevent signature of the agreement and instead to apply additional pressure on Iran.

Israel Defense Forces (IDF) Chief Lt. Gen. Aviv Kochavi presented a similar approach during a speech he delivered in January 2021, warning world powers against the agreement. But, as mentioned, other voices are being heard within the top security echelons, similar to those expressed ahead of the signing of the original agreement in 2015. Kochavi’s predecessor, Lt. Gen. (Res.) Gadi Eizenkot, and most senior defense officials, for example, described the agreement at the time as the “lesser evil.”

Divergent views are also being heard these days on the repercussions of sanctions removal, which would result in massive funding inflows to Iran. “Even at the height of the sanctions, Iran continued its support for Hezbollah to the tune of $50 million each month in cash [$600 million annually], and giving smaller but significant and regular amounts to other proxies in the region,” a senior security official told Al-Monitor on condition of anonymity. “That did not change under the sanctions and will not change once some of them are lifted.”

Asked what Israel should be doing at this point in time, the senior security official answered, “Exactly what it is doing now, but faster and more. Accelerate the buildup, complete the regional air defense system with all of Israel’s allies, strengthen a NATO-style strategic alliance spanning the area from the Gulf to the Maghreb and signal strength. In the final analysis, we too realize that if planes are sent into war, they will bear the Star of David logo on their wings.”