Its current economic hardships may prompt Cairo to double down on investments with Russia. 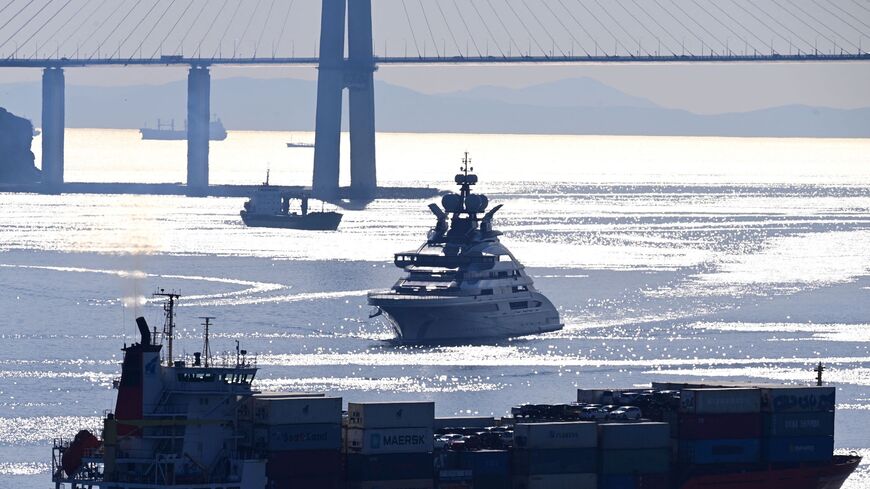 CAIRO — Egyptian politicians have called on the government to open its doors to Russian investors after their assets were frozen in the West. The call comes amid economic hardships that have prompted the country to devalue its currency last month.

So far, Egypt has avoided condemning the Russian invasion of Ukraine. On April 7, Cairo abstained from voting on a UN General Assembly resolution suspending Russia from the Human Rights Council over “gross and systematic violations and abuses of human rights” in Ukraine.

However, the Nidaa Masr party has demanded more from the government, calling on the cabinet to welcome Russian billionaires so Egypt can benefit from their exile from the European and American markets.

“The government should communicate with Russian investors and the Russian government and provide them with concessions to invest in Egypt, especially in industry, energy and tourism,” said the party's head Tareq Zeidan in a March 20 statement.

He told Al-Monitor, “We are not siding with any party in the Ukrainian crisis. We are in an economic crisis, and the important thing now is to attract these investments.”

Zeidan said that Egypt must develop a set of measures to attract Russian investments, and the first step is ensuring security and political stability. He also called on the government to market Egypt's industrial zones to fleeing Russian investors.

“We have prepared a study of the industries in which we may benefit from Russian investments, and we will send it to the government soon,” he added.

Yomn Al-Hamaki, a professor of economics at Ain Shams University, believes that the Egyptian government will choose to strengthen its economic ties with Russia despite the sanctions. The United States and other Western countries have excluded several Russian financial institutions from the SWIFT payment system used by thousands of banks worldwide as part of the economic sanctions imposed on Moscow.

“We have a long history of economic relations with Russia," Al-Hamaki told Al-Monitor. "For example, in the 90s, we had countertrade deals in which we exchanged goods without using hard currency. We can do that again if there are obstacles due to Russia exiting the SWIFT system.”

Calls for the Egyptian government to make more investments with Russia did not come only from the Nidaa Masr party. It is an increasing trend in the local press as well. On April 7, Ali Issa, head of the Egyptian Businessmen Association, demanded in remarks to the state-owned Al-Ahram newspaper the reestablishment of countertrade deals with Russia to overcome the obstacles facing Egyptian exporters in the Russian market.

Al-Hamaki pointed to an agreement to establish a Russian industrial zone within the Suez Canal economic zone. “The economic zones law in Egypt grants many concessions to foreign investors. It is possible to open the door to Russian billionaires who have been investing their money all over the world to come and invest here."

Russian Ambassador to Egypt Georgy Borisenko mentioned last October that investors have been discussing the details of the Russian industrial zone, saying, “They wanted to attract more Russian companies to Egypt, and many of them want to work in Egypt and produce goods to meet the needs of the Egyptian and African markets.”

Egypt relies heavily on Russia to meet its wheat needs and Egyptian coastal cities on the Red Sea benefit from Russian tourism. Russia is also investing in megaprojects in the country, such as the nuclear power plant in the north as well as the industrial zone in the Suez Canal. To protect these investments, Egypt has avoided condemning the Russian aggression on Ukraine and has partnered with other Arab countries in mediating to end the conflict.

Last week, Egypt's permanent representative to the United Nations, Osama Abdel-Khalek, criticized the resolution to suspend Russia from the Human Rights Council.  “Egypt does not view the draft resolution as related to the Ukraine crisis… but as related to the tendency towards politicizing the United Nations organs and its specialized agencies. And the principled and consistent Egyptian stance rejects this approach,” he stressed.

But Egypt's clearest stance on the crisis in Ukraine came weeks before Egypt's vote at the UN General Assembly, when Egyptian President Abdel Fattah al-Sisi spoke with his Russian counterpart, Vladimir Putin, on March 9. Both confirmed their commitment to the "historic relations" between the two countries.

According to a statement from the Kremlin published by Russia Today, “Both parties also expressed interest in continuing close cooperation in the tourism and agricultural sectors.”

They discussed “the subsequent development of the strategic partnership between Russia and Egypt, including the progress of implementation of joint mega projects in the nuclear energy and production sectors.”

Al-Hamaki pointed out that the economic interests of many countries such as China, India, Israel and Turkey forbid taking an anti-Russian stance and these states have remained neutral.

Al-Hamaki, who has served as a consultant to Egypt’s Senate, said that Cairo has so far adopted a “balanced” stance toward both the West and Russia. “While the US and EU are strategic partners to Egypt, this cannot be at the expense of our interests,” she stressed, pointing out that Egypt has spent billions to improve business plans and that is now at a crucial stage for investment.