With the goal of promoting investment opportunities in Africa and Egypt and signing development and investment agreements, Egypt organized the Africa 2019: Investment for Africa Forum, as President Abdel Fattah al-Sisi holds the presidency of the African Union. 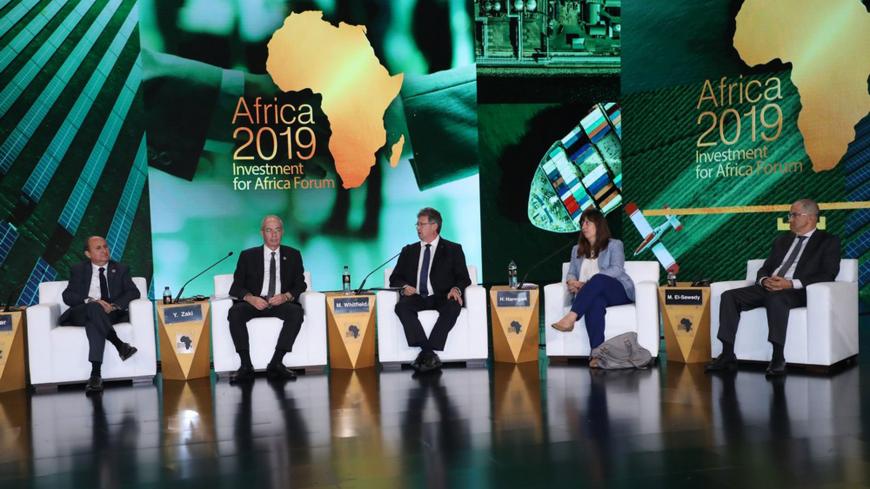 Panelists take part in the Investment for Africa Forum in the new administrative capital east of Cairo, seen in an image uploaded Nov. 28, 2019. - Twitter/@SoukAlsayarat

CAIRO — In cooperation with the Ministry of Foreign Affairs and Ministry of Trade and Industry, the Ministry of Investment and International Cooperation (MIIC) organized the Africa 2019: Investment for Africa Forum, which kicked off Nov. 22 in the new administrative capital east of Cairo. The two-day conference was held in the presence of a number of African heads of state and ministers, in addition to nearly 2,000 people, including representatives of Egyptian development partners, businessmen and investors. The conference aims to promote investment opportunities in Africa and Egypt, and to sign development and investment agreements with development partners, African countries and the private sector.

The MIIC noted in a press statement Nov. 24 that 13 deals worth $3 billion were signed at the conference. The forum made seven recommendations, including to call on international financial institutions and investment funds to finance infrastructure projects such as road networks, ports, airports, railways and energy projects. It also stressed the need that international financial institutions make new packages to fund integration projects in Africa and to carry on with the economic reforms and policies for a better investment environment in order to further direct foreign investments in the continent.

The MIIC said an economic cooperation agreement was signed with China on a $42 million grant to implement development projects that Egypt views as a priority. The Social Fund for Development and the European Investment Bank (EIB) signed an agreement to complement the $50 million community development program agreement. Also, Egyptian Prime Minister Mustafa Madbouly signed three agreements with the European Bank for Reconstruction and Development and another $430 million agreement with Noble Energy in Egypt to pump natural gas via the East Mediterranean Gas Company's pipeline.

Yemen al-Hamaki, a professor of economics at Ain Shams University, told Al-Monitor by phone the discussion at the forum mainly focused on the problems facing most of the investors and on examining future opportunities. In addition, investors were encouraged to voice their opinions on the needs of the investment climate in Egypt.

Hamaki said an investor told a panel discussion that high customs fees are a problem for cross-border trade, in addition to other complications such as the slow procedures necessary to release imports. Based on that, she said, Egyptian trade policy needs to be reconsidered because it is perceived to be a hurdle to investments, and current policies present challenges to infrastructure projects the state is interested in.

Commenting on investments in Africa, she indicated “there is a government directive to have Africa in the heart of Egyptian investments according to Agenda 2063. Egypt is credentialed to be an investment hub for Africa, given the available human resources and strong infrastructure which are necessary for [such a goal in Egypt].”

Addressing the opening session, Egyptian President Abdel Fattah al-Sisi — who holds the presidency of the African Union (AU) — said, “The African Continental Free Trade Agreement entering into force May 30 is a milestone on the path toward the continental integration, as the largest trade zone in the world.” He added, “Africa succeeding in achieving sustainable development goals requires [picking] up the pace to compete for infrastructure development projects via cross-border projects that are a part of the AU priorities, including the Cape to Cairo Road, North-South electricity interconnections, and the project connecting Lake Victoria and the Mediterranean Sea.”

Basant Fahmi, a member of the parliamentary economic affairs committee, told Al-Monitor by phone that “investing in Africa is important to the whole world, considering that Africa is the only continent where the resources abound. Yet facilities such as infrastructure, transportation and transport networks, and a banking system are needed to attract investments.”

More than 90% of the world's resource reserves are available in Africa, according to Agenda 2063, which is published by Egypt's State Information Service.

Fahmi added, “Egypt started completing some of these facilities, but there are other African countries that are yet to be prepared to host investments. Based on that, the participation of the International Monetary Fund, World Bank and powers such as the United States and China in the African countries’ development is intrinsic in order for them to become prepared." She said "such conferences attempt to always explain the situation to the outside parties and call on them to develop the continent and Egypt, which is initially part of it.”

Deputy of the Minister for Planning Affairs Ahmed Kamali said on day one of the conference at a panel called the "African Continental Free Trade Area" that the intra-African trade is very poor and is not commensurate with the size of the continent. Kamali said intra-African trade volume recorded 15% in 2018, while the intra-Europe trade volume hit nearly 69%. He added that $130 to $170 billion is needed on a yearly basis to fund infrastructure projects. Based on that, Kamali said, it is important for the private sector to be involved in investment projects.

Scannapieco added, “African countries have abundant raw materials and industrialization opportunities compared to other continents. In 10 years, we will see a different Africa.” 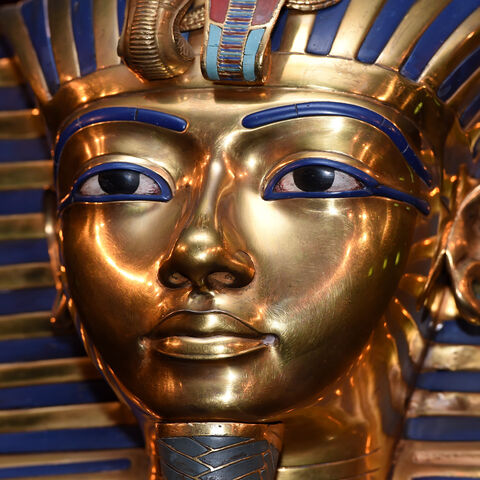 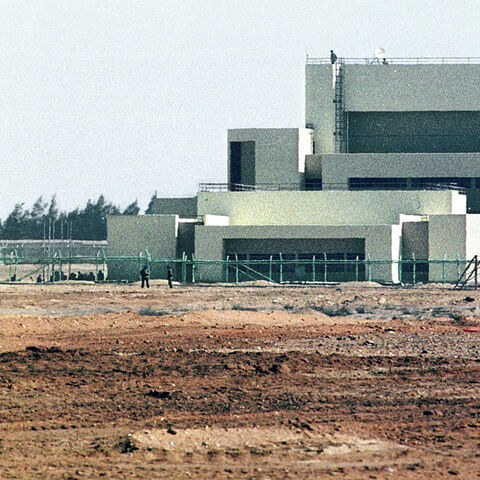