A Russian industrial zone in Egypt faces setbacks due to Russia’s war on Ukraine. 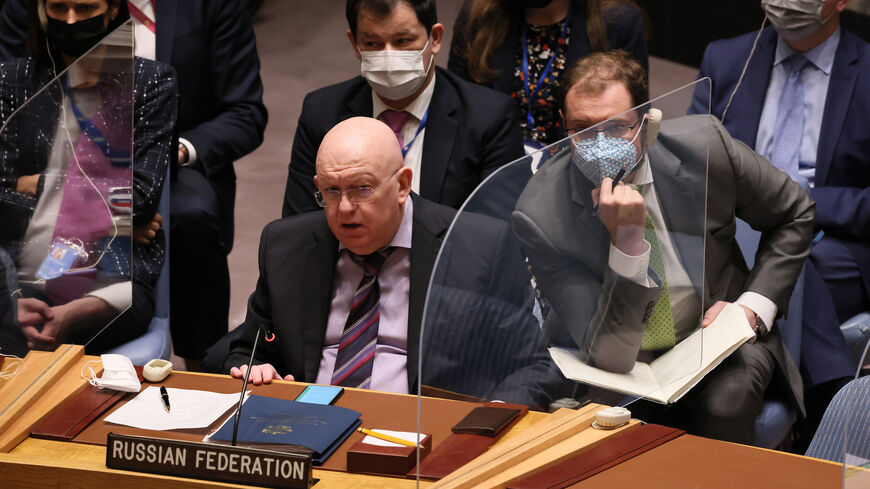 CAIRO — The Russian war on Ukraine and subsequent US and Western economic and political sanctions on Russia have cast doubt on the fate of a Russian industrial zone, construction for which was scheduled to begin this year in the new Suez Canal Economic Zone.

The deputy chairman of the General Authority for the Suez Canal Economic Zone, Maj. Gen. Mohamed Shaaban, told the local Al-Borsa news site on March 6 that “ambiguity currently prevails" over the final paperwork for the establishment of the industrial zone "due to the Russian war on Ukraine.”

Shaaban noted, however, that the trade agreement with the Russian side has been completed.

The agreement to establish a Russian industrial zone in Egypt was signed in mid-2018. According to the agreement, the industrial zone will cover an area of 5.25 million square meters (1,300 acres) on a usufruct basis and will attract investments estimated at $7 billion. The project is to be implemented in three phases over the course of 13 years. The first phase will cost about $190 million, according to the Egyptian Ministry of Trade and Industry.

An Egyptian government source who declined to be named told Al-Monitor, “The war between Russia and Ukraine will delay the implementation timetable of this project, which was scheduled to be launched this year. … Russia currently waging a war and facing severe international sanctions. We are following the developments and waiting to see what will happen in the coming days.”

Late last year, Russia's First Deputy Minister of Industry and Trade Vasiliy Osmakov said during the Made in Russia international export forum that his country would start financing its industrial zone in Egypt starting 2022.

On March 9, Egyptian President Abdel Fattah al-Sisi spoke on the phone with his Russian counterpart Vladimir Putin and discussed the latest developments regarding the Russian-Ukrainian crisis. During the conversation, Sisi stressed the need to “give priority to dialogue" and "Egypt's support for all diplomatic endeavors that would speed a settlement to the political crisis,” according to a statement by the Egyptian presidency.

According to the statement, Sisi and Putin also discussed “means to strengthen various strategic cooperation frameworks between the two friendly countries through the ongoing joint development projects," and "The two sides stressed the strong historical and solid cooperation relations between Egypt and Russia in various fields.”

Yomn el-Hamaky, professor of economics at Ain Shams University, told Al-Monitor, “Of course, the impact of the Russo-Ukrainian war on Egypt is major, and this impact will affect many Russian projects, such as the Russian industrial zone at the Suez Canal.”

Hamaky added, “I expect the implementation of this industrial zone to be affected by the severe sanctions imposed on Russia, which will slow the arrangements agreed on by the two countries regarding the industrial zone in the short term. This is because Russia’s focus is now placed on the war and on facing the US and Western embargo on its economic activities, which will affect the speed of the project’s implementation in Egypt.”

Hamaky expressed hope that the crisis will end shortly and that Egypt will complete this project, which has enormous importance in attracting investments to the country, especially in the Suez Canal Economic Zone.

The Russian industrial zone in Egypt will host Russian companies and branches of Russian enterprises that will produce and manufacture high-quality and competitive products, allowing Russian products to access various markets via Egypt. The project would create 35,000 job opportunities. The zone will house diverse facilities including automotive, pharmaceutical and oil, gas and mining as well as equipment used in nuclear energy, according to the Egyptian government.

Rakha Hassan, a member of the Egyptian Council for Foreign Affairs, told Al-Monitor, “The Russian projects in Egypt are strategic and we have strong relations with Moscow, and therefore [Russia] will not easily give up on the political relations and interests we have in common. Losing these investments and strategic partnership with Egypt would fall to the advantage of the United States, given Egypt's major role in the Middle East and Africa.”

Hassan noted, “There are many vital projects between Cairo and Moscow, namely the industrial zone in the Suez Canal Economic Zone and the Dabaa nuclear plant project. Egypt imports nearly 70% of its oil and wheat needs from Russia, and these projects must continue in the interest of the two countries.”

Hassan explained, “Despite the impact of the war on the Russian industrial zone’s implementation timetable, Moscow is very keen to complete all of its projects in Egypt and to maintain its standing and position in the country. Both presidents are keen on preserving these relations.”

In October 2019, Sisi invited Putin to take part in laying the foundation stone for the Russian industrial zone once the operational contract is inked and the inauguration date is announced