Egypt plans to use ruble in trade with Russia

Egypt and Russia seek to switch to local currencies in their trade transactions to overcome obstacles created by Western sanctions on Moscow over the Ukraine war. 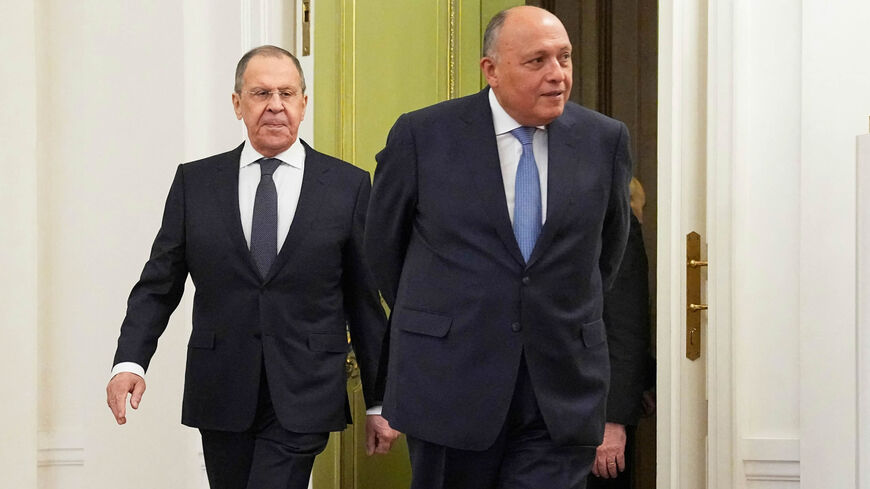 Egypt and Russia plan to use their local currencies in trade transactions amid financial sanctions by the West on Moscow over its invasion of Ukraine.

Egyptian Minister of Trade and Industry Nevine Gamea said June 16 that Cairo will adopt a payment mechanism to allow the use of the Russian ruble in trade exchange with Moscow.

"Maritime and air traffic was disrupted due to the [Ukrainian] crisis, along with banking transactions," Gamea said at the St. Petersburg International Economic Forum. "There is a need to find mechanisms for making payments because Egypt needs Russian wheat.”

According to Egyptian official figures, trade exchange between Egypt and Russia rose in 2021 to hit $4.7 billion, a 5.1% increase from $4.5 billion a year earlier.

Russian Minister of Industry and Trade Denis Manturov said Moscow and Cairo agreed to switch to local currencies in mutual settlements. He noted that the volume of Russian-Egyptian trade exchange makes it possible for the two countries to use the ruble and pound in trade transactions.

“This will serve the interest of the Russian and Egyptian economies alike,” Manturov said.

Russian banks were removed from the SWIFT interbank payments system, making it harder for Moscow to pay for imports and receive cash for exports. The penalties have also hindered Egypt’s trade transactions with Russia, a major wheat exporter to the Arab world’s most populous nation. Egypt is the world’s largest wheat importer.

“This agreement is very important as it will facilitate economic transactions and trade exchange between Egypt and Russia amid the US-led Western sanctions on Moscow,” said Yomn el-Hamaky, professor of economics at Cairo-based Ain Shams University.

Hamaky believes that the agreement will help give Egyptian exports a bigger access to the Russian market. She told Al-Monitor by phone, “The Egyptian-Russian trade balance tilts in Russia’s favor and this agreement helps redress this deficit.”

Egypt was the guest country of this year’s St. Petersburg forum, which is dubbed by Moscow as the “Russian Davos,” in a move reflecting the growing relations between Cairo and Moscow.

“Russia is an important partner to Egypt in various fields, and relations between the two countries are distinguished,” Sisi said. “Egypt and Russia are implementing large and ambitious projects that serve the interests of both countries.”

Egyptian-Russian relations have expanded dramatically since Sisi came to power in 2014. Cairo has bought billions of dollars worth of Russian weapons over the past eight years. Russia is also establishing an industrial zone in the Suez Canal zone, and the two countries are cooperating on upgrading Egypt’s railway network.

Russia is also building Egypt’s first nuclear power plant in Dabaa in the northwestern part of the country at a cost of $25 billion, 85% of which will be funded by Moscow.

In 2018, Egypt and Russia signed a strategic cooperation treaty in 2018 intended to bolster bilateral trade and other ties.

Speaking at the forum, Russian President Vladimir Putin declared the end of the “era of the unipolar world,” accusing the West of seeking to destroy his country’s economy.

“We're normalizing the economic situation. We stabilized the financial markets, banking system and trade system,” Putin said. "We are strong people and can cope with any challenge. Like our ancestors, we will solve any problem, the entire thousand-year history of our country speaks of this.”

But Anas al-Qassas, expert on international and strategic affairs, downplays the strength of the Russian economy.

“Russia seeks to use its potential as a producer of oil, grains, and petrochemicals in an ambitious attempt to create a new economic system,” He told Al-Monitor. “But Putin’s speech is unrealistic and is nothing but a mere attempt to get Russia out of the current crisis.”

Qassas argues that Russia’s gross domestic product (GDP) amounts to $1.8 trillion annually, which accounts for around 3% of the world’s GDP.

Medhat Nafei, economic expert and adviser to the minister of supply and internal trade, is worried that switching to local currencies in trade with Russia will put new pressure on the exchange market in Egypt.

“Egypt’s imports from Russia are worth over $4 billion, while imports are estimated at less than $1 billion. Switching to local currencies will cause a problem for Egypt to provide the ruble for trade transactions, while Russia will not have a problem providing the pound,” he told Al-Monitor over the phone.

He said importers might seek to find other markets if they find it difficult to obtain the ruble for trade transactions with Russia.

Egypt’s net foreign reserves dropped in May to $35.5 billion, down from $37 billion in April. In March, Egypt’s central bank devalued the pound by 14% amid pressure from the Ukraine war on the economy.

Nafei believes that the decision to switch to local currencies in trade with Russia “was a political decision rather than an economic one.”

He concluded, “It was better to find better alternatives to help ease the burden on the exchange market in Egypt."