Russian Industrial Zone in Suez to be launched soon

The construction of the Russian Industrial Zone in the new Suez Canal Economic zone is expected to begin soon, in a project that Egypt hopes will boost its economy. 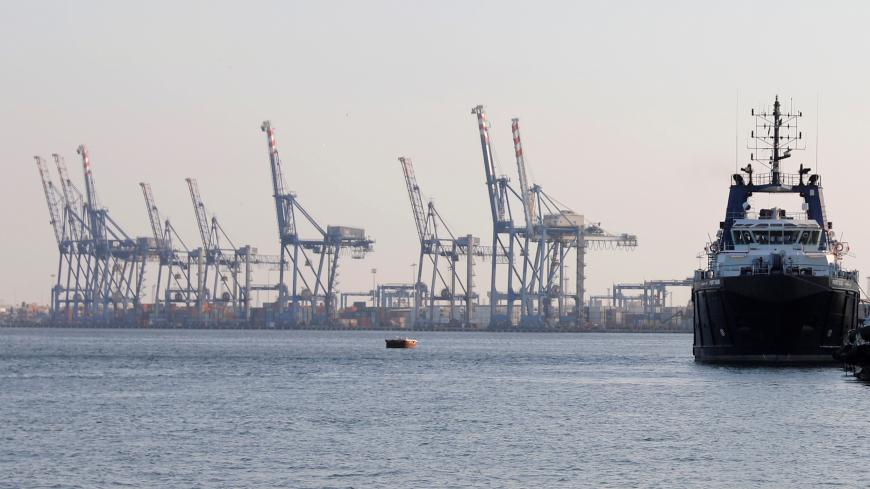 Egypt and Russia have recently made a significant step toward constructing the Russian Industrial Zone east of Port Said in the new Suez Canal Economic Zone.

According to TASS, so far over 50 Russian companies expressed their keenness to be part of the industrial zone.

In a Feb. 23 press statement Mamish said that an agreement between the SCA and the Russian leading company in crane building, CJSC SMM, was signed in Russia on Feb. 22 in order to set up a crane factory in the Russian Industrial Zone. A delegation from this company will visit the zone some time in March to discuss mechanisms for the establishment of this factory.

In another statement, on Feb. 19, Mamish also said that an agreement was reached with the Russian government to set up a firm to operate and administer the Russian Industrial Zone. He added that Egypt also agreed the Russian request to prepare the land necessary for launching the project.

Since February 2015, the two governments have been bargaining to attract investments estimated at $7 billion in the Russian Industrial Zone.

On Feb. 10, 2015, President Abdel Fattah al-Sisi met his Russian counterpart Vladimir Putin in Cairo, where they discussed several bilateral issues, including the establishment of a Russian industrial zone. The project aims at boosting trade and investments between the two countries, as well as providing favorable localization conditions for Russian companies in fields such as infrastructure and services.

This multipurpose industrial cluster will cover an area of 5.25 million square meters (1,297 acres) on a usufruct basis. It will be built over three phases to be completed by 2031 and will provide 35,000 jobs opportunities for locals.

The first phase scheduled for this year will be implemented by a Russian developer that will also work on attracting Russian investors and companies.

In May 2018, Egypt’s former Minister of Trade and Industry Tarek Kabil and his Russian counterpart, Denis Manturov, inked a 50-year agreement for creating the industrial zone, which will be automatically renewed for five consecutive years if the two parties agree.

Another project, the New Suez Canal, which is running alongside the existing 150-year-old Suez Canal to connect the Mediterranean Sea and the Red Sea, was launched in 2015 by Sisi. The Egyptian state predicts that this artificial waterway, which extends from Port Said harbor to the Gulf of Suez, will provide $12.3 billion in revenues each year by 2023. In addition to the Russian zone, the canal is planned to house industrial zones for other countries, including China and Italy.

Egyptian Ambassador to Russia Ihab Nasr said Feb. 26 that establishing such an industrial zone is an opportunity to strengthen Russian-Egyptian relations in all domains, especially in trade and economy. He added that the zone would help Russia not only to invest in Egypt — especially for its strategic geographic location — but also to delve deeper into the African, Arab and European markets.

In October 2018, Russian Minister of Foreign Affairs Sergey Lavrov said in an interview with the state-owned Egyptian daily newspaper Al-Ahram that trade between the two countries exceeded $6.5 billion.

There are two major projects between the two countries, one is the industrial zone and the other is the Dabaa nuclear power plant, the first of its kind in Egypt with Russia covering its $21 billion construction cost.

Rashad Abdo, head of the Egyptian Forum for Economic and Strategic Studies and professor of economics at the Faculty of Economics and Political Science at Cairo University, told Al-Monitor that both countries would benefit from this mega-project.

“Bringing a big number of Russian companies here will provide thousands of job opportunities to the country’s youth. New cities will be built for these workers who will come from different parts of the country to work in the zone. This will help redistribute the country’s demographic map,” Abdo said.

For Russia, he added, there will be a friendly tax regime for its resident companies. “Sales tax will be zero,” he said, pointing out that the zone will be a great opportunity for Russia to delve deeper into African and European markets.

Abdo praised the current state’s strategy of improving infrastructure, including electricity, gas and roads. He noted that in recent years, Egypt has witnessed many discoveries including Zohr, the largest gas field in the Mediterranean, which brought back foreign investors who had backed off after the January 25 Revolution, leading to mounting debt payments.

“Egypt is on the right track,” he added.

On Jan. 10, Standard Chartered, the British multinational banking and financial services company, predicted that Egypt’s economy will outpace Russia, Japan and Germany by 2030. The findings are based on the country’s gross domestic product, which will reach $8.2 trillion compared to Russia and Japan whose economies stand at $7.9 trillion and $7.2 trillion, respectively.

Yomn el-Hamaky, professor of economics in the Faculty of Commerce at Ain Shams University, highlighted the importance of increasing foreign investments in Egypt. “Maximizing the role of the joint investments in this time for Egypt is very important as the state is keen to increase investments, provide job opportunities, boost export and output as well as produce products that replace imports,” she told Al-Monitor.

Hamaky said that among the factories that will be established in the zone are those that manufacture agricultural machinery. She added, “[The machinery] is in demand in the Egyptian market in light of the 1.5 Million Feddan project ongoing in many parts of the country to improve agricultural production. So manufacturing the machinery here instead of importing it will be great."

Hamaky pointed out that Egypt is talking to Russia about the establishment of a free trade zone with countries of the Eurasian Economic Union. “When it happens, it will provide additional opportunities for expanding economic cooperation between the participating countries,” she said.