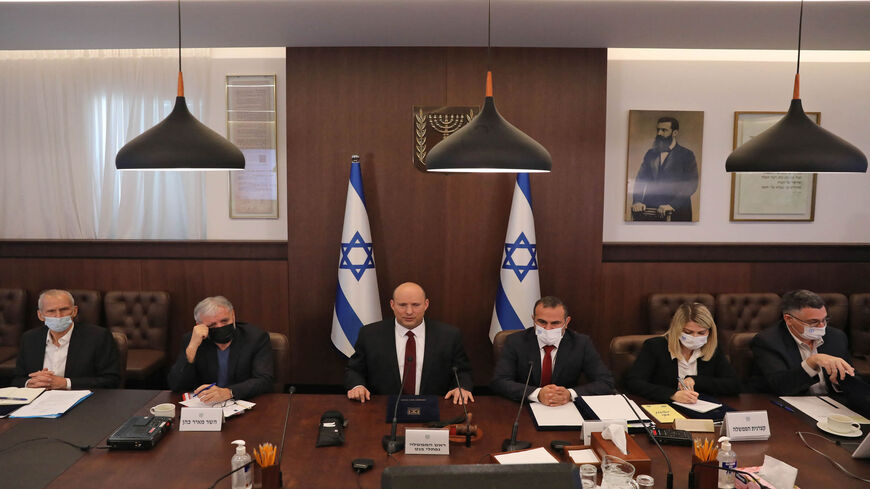 Israel’s Shin Bet is ranked among the world’s most effective and impressive domestic security agencies. Its reputation is well-earned. Few security services can boast of such impressive counterterrorism results in one of the world’s most challenging and complex arenas. But even the vaunted Shin Bet is apparently flawed, as proven by its failure in recent weeks to foil three deadly terrorist attacks.

In keeping with tradition, no one at the agency is trying to shirk responsibility for the disaster, reflecting the concept that every “successful” terrorist attack is a Shin Bet failure, no matter its record and the dozens of others it thwarted. Three consecutive attacks on Israel’s streets since March 22 resulted in 11 deaths — nine Israelis and two Ukrainian migrant workers.

Israel has not experienced such an intense terrorism spree since the second Palestinian intifada some 20 years ago. Two of the three attacks were carried out by Israeli Arab citizens who identify with the Islamic State. The third assailant was a Palestinian resident of the West Bank, apparently “inspired” by the previous two.

The timing was not coincidental. It came just days before the most sensitive dates on Israel’s 2022 calendar — the March 30 Land Day protest against Israel’s expropriation of Arab land, the holy Muslim month of Ramadan that starts April 2 and the Jewish Passover festival that starts April 15, followed by Easter Sunday two days later. Three major religious observances coinciding within less than a month in the small confines of one of the world’s perennial flashpoints.

The March 22 terrorist attack in the southern town of Beersheba, which left four dead, seemed to have stunned Prime Minister Naftali Bennett into initial paralysis of sorts. He was back in form within days, demonstrating the hallmark hawkish attitudes for which he was known as a member of several governments since 2013.

Still, Bennett heads a fragile coalition government. To keep his majority, he must rely on the Islamist Ra’am movement, which represents Israeli Arabs. This dependence of Bennett is getting increasingly complicated, and not only vis-a-vis the opposition. With a handful of Israeli Arabs involved directly and indirectly in the latest terrorist spree, Bennett is also deprived of a convenient political target he can storm and defeat.

As was the case in the previous terror wave of 2015-16, the three recent attacks were not carried out by terrorist groups with an infrastructure and chain of command, depriving the military, the Shin Bet and police of clear, identifiable strategic targets. Instead, they face millions of Palestinians, a handful of them intent on achieving the glory reserved for martyrs, as depicted on social media and particularly TikTok, by embarking on a killing spree in the Israeli heartland.

On the domestic area, the vast majority of Israeli Arabs are loyal, law-abiding citizens. Still, the March 22 and March 27 attacks show that there are some small pockets, motivated by hatred of the Jewish state, who identify with terrorist organizations. The existence of these sentiments was displayed in May 2021, with the eruption of extensive rioting in mixed Jewish-Arab towns, prompted by a round of fighting between Israel and Hamas. The violence generated deep shock within Israeli society, with many fearing that their Arab neighbors could turn against them under certain circumstances.

The Gaza Strip is yet another challenging arena, which has been unusually calm in recent months due to economic incentives Israel has been providing Hamas and the Palestinian residents of the enclave.

Predominantly Palestinian East Jerusalem is a third potential flashpoint, a boiling cauldron of anti-Israel resentment. The Temple Mount/Haram al-Sharif compound is probably the most volatile on earth, and any mishap or miscalculation during the upcoming holy observances could set the region on fire. “If Jerusalem goes off, Israeli Arabs could also join in, and if that happens, Gaza will not remain on the sidelines,” a senior Israeli security source told Al-Monitor on condition of anonymity. “This would have a domino effect. Then there is Hezbollah, which could always join the party, and Palestinian residents of Judea and Samaria who would not remain indifferent either.”

This is the proverbial “perfect storm” that Bennett is trying to contain. Had he been a member of the opposition, or even a rank-and-file government member, he would have surely been driving the prime minister crazy with demands for immediate, tough counterterrorism operations. He would probably also have insisted that the government revoke the goodwill gestures toward the Palestinians ahead of Ramadan, limit their freedom of movement and reduce the number of working permits it grants to West Bank and Gaza Palestinians seeking work in Israel.

Bennett, however, is not a government opponent. He is in charge. The steps he announced following a March 30 meeting of his security Cabinet seem to be measured and focused. For now, the concessions to the Palestinians remain in place. Palestinians will be allowed to work in Israel. Freedom of movement and worship at Jerusalem’s holiest sites will be maintained.

On the other hand, security forces launched a massive raid on the Palestinian refugee camp in Jenin, the most densely populated and hostile anti-Israel spot in the West Bank. Some 31 residents suspected of anti-Israel security offenses were detained in the raid, including some suspected of aiding the perpetrator of the March 29 shooting rampage in the town of Bnei Brak, which left five dead. The Jenin camp military operation involved hundreds of special forces and combat troops and was carried out in daylight, not usually the preferred timing for such raids, as a clear signal to the Palestinian Authority, the Palestinian population and their brethren among Israel’s Arab minority that while Israel was displaying restraint overall, it would not hesitate to use force.

This is the first major security test of the Bennett government since it took office in mid-June 2021. Its initial response was hesitant, reflecting its inexperience, but it recovered quickly, adopting measures designed to douse the terrorism zeal but stay the course with the large majority of Palestinians and their leadership. Trouble could surface if violence erupts from one of the above-described arenas, particularly the Gaza Strip.

Knesset member Mansour Abbas, chair of the Ra’am party, made a point of harshly condemning the latest attacks and demanding that the Israeli Police find and confiscate the massive amounts of weapons illegally available in Israeli Arab towns and villages. Still, if violence breaks out in Gaza, and if the Israel Defense Forces responds forcefully, Abbas would face a cruel dilemma over whether to keep his party in the government coalition. On this issue (and others), he and Bennett have a shared interest — preventing a flareup with Gaza that risks widespread deterioration, in both the security and political domains.