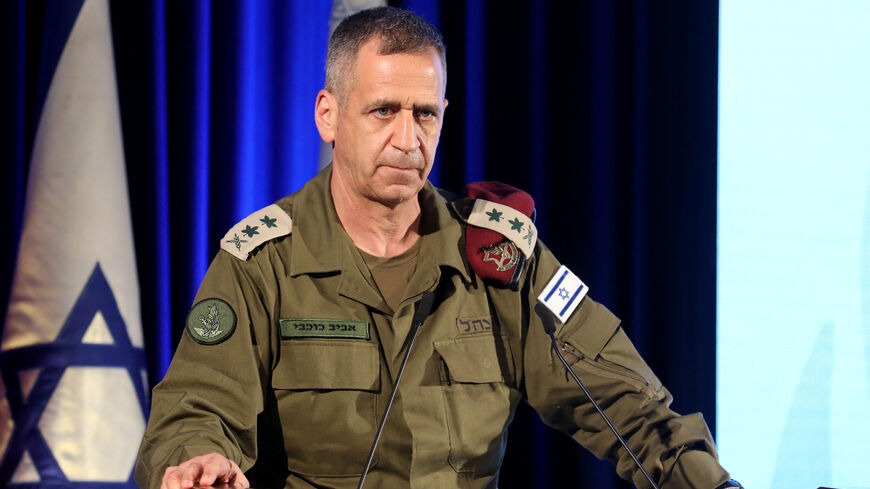 The New York Times reported this week that "Israel lacks the ability to pull off an assault that could destroy, or even significantly delay, Iran’s nuclear program" and that it could take "at least two years" to develop the capability to do so. The fallout from the article revealed internal divisions over whether Israeli has the military capacity to strike, but also unity on the need to employ military force if necessary to prevent Iran from gaining nuclear weapons.

Background:  Israel considers Iran an existential peril, especially if it gets a nuclear weapon. That’s why Israel has been unwavering in its demands that the United States, most recently the Biden administration, maintain all means of pressure — including sanctions and the credible threat of force — to prevent Iran from acquiring one. Israel has never supported the Joint Comprehensive Plan of Action (JCPOA), which relieved economic pressures on Iran in exchange for scaling back its nuclear ambitions. Israel never thought it would work and prefers to see the talks in Vienna among the United States and the parties to the JCPOA fall apart. Defense Minister Benny Gantz said this month that he had ordered preparations for a possible military strike on Iran. That’s why the New York Times piece, citing current and former security officials, was so surprising in its conclusion that Israel might not be able to carry out the military campaign it has so long threatened.

The fallout:  Ben Caspit has the scoop and more on the fallout in Israel from the Times piece and what it reveals:

'Major' damage:  A former top Israeli security officer told Caspit, “The damage of this piece is so major that I think an investigation should be launched to find those quoted and take action against them. They have undermined Israeli national security."

On Hezbollah:  "According to Israeli assessments, Hezbollah would respond to an attack on its sponsor by letting fly everything it has in its arsenals, causing unprecedented damage to Israel’s economy and national morale."

Agreeing with US timeline:  Lilach Shoval adds, "When senior Israeli officials clarify that Israel has enough time to prepare for a strike because Iran still has a long road to develop a nuclear detonator and ballistic missiles, it means that the red line Israel drew in the past has moved a bit. For lack of another option, Israel has apparently accepted the American interpretation regarding the timing of Iran’s nuclear program."

Iran as campaign issue:  Mazal Mualem reports that Israeli politicians, including Likud Knesset member Nir Barkat, who is challenging former Israeli Prime Minister Benjamin Netanyahu’s leadership of the Likud, will use Iran as a campaign issue. Each will seek to run to to the right of the other and an Iran deal has no constituency.

Bottom line:  The question of Israeli capabilities is separate from Israeli intent. In Israel, there is no debate about Israel’s commitment to prevent an Iranian nuclear weapon. To the contrary, there is "full consensus" on Iran, as Caspit reports. The Times piece has sparked debate on the means and consequences of doing so, but the priority is a done deal.

Turkish markets remain volatile after President Recep Tayyip Erdogan unveiled a rescue plan on Monday that critics say amounts to a backdoor hike in interest rates. Under Erdogan’s plan, the treasury will compensate holders of lira deposits for losses incurred should the decline in the national currency exceed interest yields. Erdogan has up until now refused to consider a traditional rate increase to shore up the lira or tamp down inflation.

While the announcement has "reversed the currency’s free fall for now, writes Muhdan Saglam, it "offers no remedy to the loss of purchasing power plaguing Turkey’s wage-earners — from unskilled workers to white-collar professionals — amid soaring inflation."

Amberin Zaman has context: “Erdogan is facing reelection in 2023 and the move is apparently calculated to draw deposits to the banks, which in turn can provide cheap credit and shore up growth and reduce unemployment,” she writes. “Economists doubt that he can pull it off."

An increasing number of Turkish drones are making their way to Africa following their much-hyped showing in Syria, Libya and Nagorno-Karabakh. Turkey has so far supplied armed drones to civil war-ridden Ethiopia and to Morocco for use in Western Sahara. Last month, Erdogan said Turkey would supply Niger with the TB2 drones, and other countries including Algeria, Ethiopia, Rwanda and Tunisia have reportedly expressed interest in buying the Turkish drones.

But the drone sales could prove counterproductive to Turkey’s growing military ambitions in Africa. Fehim Tastekin writes that Turkey “risks scuttling its success by expanding drone sales that might earn it local enemies or fuel regional military rivalries.”

Gulf stock markets are up about 33% in 2021. But as Sebastian Castelier writes, “The investor base reveals Gulf bourses are still a mostly closed loop, a niche market that takes a back seat in emerging market investing.”

Across crisis-hit Lebanon, hundreds of cats and dogs are thrown into the streets every month by owners who can’t afford to buy them food. Rabih Damaj spoke with animal rights activists in Lebanon who are hoping to build shelters to house the strays but face a funding problem. In the meantime, vets are recommending cash-strapped owners make their pets’ food stretch by mixing it with boiled vegetables.

Taghreed Ali reports on the racism endured by Black Palestinian performers in the Gaza Strip. As one singer explained, “chocolate,” “slave” and other derogatory words are often hurled at him when he performs traditional Bedouin songs known as “dahiya.” Keep reading for more on how some musicians and other artists in the impoverished Palestinian enclave are challenging deeply ingrained stereotypes.

Check out this video from the annual Christmas tree lighting in the Gaza Strip. More than 1,000 Christians live in coastal enclave and hundreds attended this year’s lighting ceremony. After a year marked by war with Israel and an ongoing pandemic, Palestinians told Ruwaida Amer, “The tree is a symbol of love and peace.”

What we’re listening to: Abraham Accords behind the scenes

Barak Ravid, an Israeli diplomatic correspondent with Channel 13 News and Axios, discusses his new book on the Middle East’s reshaping during the Trump-Netanyahu era. "The Abraham Accords were really the biggest breakthrough in Middle East peace in 25 years, and I wanted to be the person who will be the first to write as detailed as possible an account of how these accords came about," he says. For more on the behind-the-scenes negotiations — and who deserves credit — listen to Ben Caspit’s podcast with Ravid.