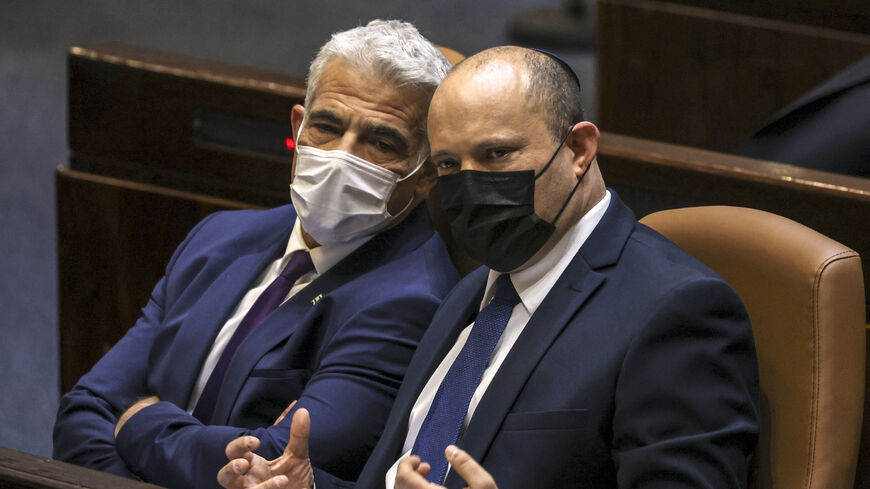 As the clock ticks down to the next clash between Israel and Hamas, Egypt has been tapped for what Israel describes as “a last-ditch mediation attempt” to reach a long-term cease-fire arrangement between Israel and Gaza for the umpteenth time since Israel’s 2005 disengagement from the enclave.

The mediation effort officially launched at a Sept. 13 summit in the Red Sea town of Sharm el-Sheikh between Prime Minister Naftali Bennett and Egyptian President Abdel Fattah al-Sisi. At the same time, one or two rockets were being fired nightly at Israeli communities along the Gaza border.

Meanwhile, Foreign Minister Yair Lapid weighed in with a plan for an arrangement with Gaza. In a Sept. 12 speech, Lapid sought to revive a vision that has been presented in the past for the rehabilitation of Gaza in return for demilitarization. The plan places the welfare of Gaza’s 2 million residents as a top Israeli priority with a non-military alternative. Lapid was immediately accused, perhaps rightly, of being naive. Hamas will never give up its weapons, the political right argued, and what about the promises made by Bennett, Lapid and Defense Minister Benny Gantz to “bring order” to Gaza once and for all?

“Eventually, we will have to bring order,” a senior diplomatic source in Jerusalem conceded in a conversation with Al-Monitor last week, speaking on condition of anonymity. “The next clash, which is apparently inevitable, will be completely different from the ones we know. We are preparing a few surprises there and Hamas will emerge from this clash in a completely different state than it went in,” he promised.

What Bennett can least afford, an aggressive, high-casualty clash with Hamas and other Gaza factions that could bring down his government, which relies on the support of its Arab Islamist partner Ra’am, or some sort of cease-fire arrangement that would violate his campaign promises and entail continued rocket drizzle from Gaza? The Bennett-Sisi meeting was described by associates on both sides as excellent and even exceeding all expectations. The Egyptians are being given a credit and opportunity.

As a minister in the governments of former Prime Minister Benjamin Netanyahu and even more so as a member of the Knesset opposition, Bennett held a particularly militant posture on Gaza. He was the one who loudly and consistently pressed the government to undertake an operation against the Hamas tunnel network during the 2014 war, even as Netanyahu sought to pull back and end the fighting. Bennett came up with a plan to “crush” Gaza by deploying massive firepower at the enclave without sending ground forces into a death trap there.

All these plans are now being shelved, proving yet again that “what you see from here, you do not see from there.” In the hot seat, Bennett is learning firsthand the endless complexity of the standoff with Gaza. Lapid, who has not been considered a strong supporter of attacking Gaza, is currently offering him support.

The Bennett-Sisi meeting surprised the Israelis. Sisi’s meetings with Bennett’s predecessor Netanyahu were usually held out of the public eye. This time, the prime minister’s entourage was greeted with a large Israeli flag flying alongside the Egyptian one. Although they only reported it once the meeting got underway, the Egyptians did not conceal the visit and posed willingly for photos.

Israel is key to Egypt’s efforts to curry favor with the new administration in Washington despite its troubling human rights record. Sisi had a close strategic alliance with Netanyahu but clearly did not trust him, especially after Netanyahu’s stunning last-minute reversal on his proposal to Labor leader Isaac Herzog to promote a regional peace initiative with Egypt. After he backtracked, Netanyahu brought Yisrael Beitenu leader Avigdor Liberman into his government and dumped Herzog.

The Bennett-Sisi meeting lasted nearly four hours, most of it one-on-one. Israel is providing Egypt with vital help against the Islamic State faction operating in the Sinai Peninsula. Shortly following the meeting, Israeli Transportation Minister Merav Michaeli announced a lifting of limitations on Israeli tourism to Sinai, a popular destination for Israelis. Bennett is now expected to help Sisi in Washington by presenting him as a key peace negotiator between Israel and Gaza or at least a voice of calm.

At home, Bennett has faced criticism for his alleged restraint with Gaza. He refuses to allow Qatar’s aid to Gaza, some 6-10 million shekels ($1.87-$3.12 million) monthly, to be delivered in cash, as was the case in the past. The alternative payment mechanism through the United Nations promoted by Gantz has so far failed to resolve the issue of paying Hamas employees in Gaza. Palestinian President Mahmoud Abbas, who first reluctantly agreed to a mechanism for delivering the money directly to needy Gaza residents, has backtracked. Bennett is caught between his intense antipathy toward cash transfers that could be accessed by Hamas and his desire to ensure calm until after the Knesset approves the state budget in November.

Knowledgable observers foresee a next round between Israel and Hamas as waiting for after the budget vote. For Bennett, passage of the budget will be like a booster shot, making his government more resilient to opposition efforts to bring it down. Another consideration to keep in mind is that winter weather impairs the decisive advantage of the Israel air force over Gaza, though the previous significant offensive against Hamas (Operation Cast Lead) took place in December and January 2008-2009.