The party primaries at the center-left Labor and the right-wing HaBayit HaYehudi reflect a battle between two visions of Zionism — the traditional, secular, open to the world Labor Zionism against a religious, messianic, settlement vision. 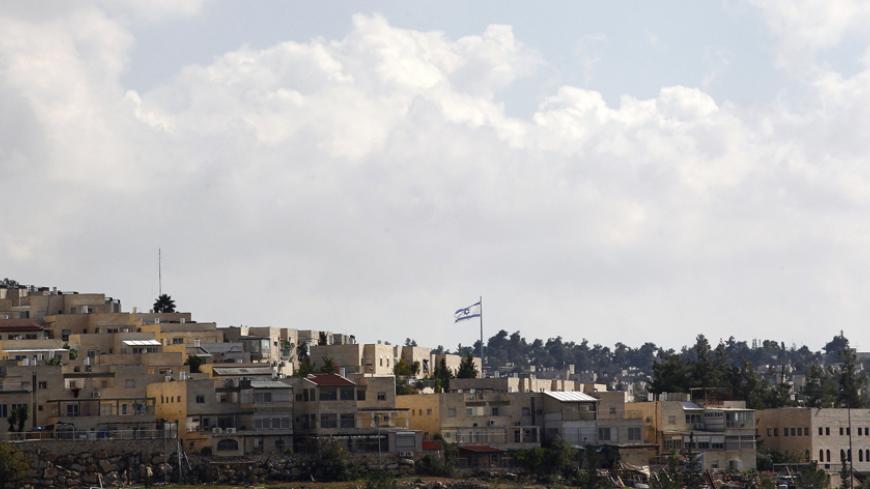 This week, with perfect timing, the primaries of two veteran Israeli political parties took place: the Labor Party chose its representatives to the Knesset on Jan. 13, and HaBayit HaYehudi, which was built on the ruins of the historic Mafdal (National Religious Party), held its primaries on Jan. 14. The timing was coincidental, but it signifies the fierce struggle taking place in Israel between two essentially different strains of Zionism: the old familiar Zionism, represented by the Labor Party, against the new Zionism, which is creating itself before our eyes, in the likeness of the HaBayit HaYehudi people. One is secular and pragmatic, the other religious, bordering on messianic. These two versions of Zionism are now vying for the hearts of Israeli voters. Beyond politics, this is also a fascinating historic, social and diplomatic event.

The evolution of Zionism has been bubbling under the surface since 1967, when Israel occupied the West Bank, the Golan Heights and the Sinai Peninsula, and from a tiny, narrow nation — surrounded by more powerful enemies scheming to throw its citizens to the sea — it turned into a confident regional empire. The root of evil (or the beginning of salvation, in the minds of the new Zionists) was the agreement of Israel's government (backed by former President Shimon Peres) to start the settlement enterprise in the territories (breaking ground at Sebastia in Samaria in 1975).

It started small; no one believed it could grow to such dimensions. Slowly, settlements popped up across the length and breadth of the West Bank. The Zionist majority still maintained the belief that the territories conquered in 1967 are held as a trust that is meant to enable Israel to reach peace with its neighbors, but the stubborn religious-ideological minority started to establish facts on the ground.

Thus, things proceeded ever since. Official, pragmatic Israel continued to strive for peace, reached agreements with Egypt and Jordan and even signed the Oslo Accord, which clearly hinted that at least a significant portion of the West Bank would return to Palestinian hands. Underground Israel, settling Zionist-religious Israel, continued to take over hilltops, in one way or another, sometimes against the law, while diverting more and more resources and energy to the cultivation, enlargement and prosperity of the settlement enterprise.

And then, all of a sudden, it happened. The messenger of salvation is HaBayit HaYehudi Party Chairman Naftali Bennett, who's perceived as the new messiah and spiritual father of the "no apologies" formative perception (a campaign designed to "proclaim" the right's status). He took over the rotting skeleton of the old Mafdal Party and raised on its ruins a new Israeli party — young, lively, cheeky, ready for the fight, unafraid of anyone, anywhere, anytime. In the meantime, it's working for him.

Bennett opposes the two-state solution, opposes the creation of a Palestinian state and is not embarrassed to say these things publicly. He's the alter ego of Prime Minister Benjamin Netanyahu, who also opposes all of these things but is forced to toe the line of the international community's dictates. So the situation is created where Netanyahu gave the Bar-Ilan speech (2009), declared his support for the two-state solution and in actuality does everything to prevent it. This wouldn't happen with Bennett. From the start he stands his ground. He also supports the right of Jews to continue to settle anywhere in Judea and Samaria, the birthplace of the revival and the historic homeland of the Jewish people. "A people can't be occupiers in their own land," he says, and says again, and repeats, and it seems quite a lot of Israelis go along with him. The polls predict 15-17 Knesset seats for Bennett, not much fewer than for the Likud and Labor. Religious, ideological Zionism, bordering on extremist messianism, has suddenly burst onto the scene. It's no longer an underground burbling, no longer actions under the radar. They're here — big time.

These are two totally different worldviews. Original Zionism was a secular movement, free of religious constraints, religious decrees and rabbinic rulings. A pragmatic movement that knew to make do with little, that maintained humility, that suited itself to the environmental constraints. This Zionism didn’t ignore the fact that the people of Israel were born, grew and flourished in Judea and Samaria, its historic homeland, but agreed to give up important assets and big dreams to achieve the main goal, which was the establishment of a state for the Jews. This Zionism took account of its surroundings, tried to create international legitimacy for itself, extended a hand for peace to all its surroundings and saw the world with a sober view, looking from the bottom up.

Isaac Herzog, the Labor Party's leader today, is the product of this Zionism, one of its own. His father, Chaim Herzog, was the sixth president of the State of Israel, a general in the reserves of the Israel Defense Forces' intelligence corps. Herzog's grandfather, Rabbi Isaac Halevy Herzog, was Israel's first Ashkenazi chief rabbi. Despite his religious roots, Herzog is a secular, pragmatic, liberal Zionist — the ultimate representative of what used to be here.

Economy and Trade Minister Bennett is the new Zionist. Who doesn't make do with little. Whose motives aren't creating a state "like all others" for the Jewish people, but the revival of the historic kingdom of Israel. Herzog has no higher regulator. If he sits in the prime minister's chair, he will make the most efficient and right decisions, in his judgment. Bennett, on the other hand, is a religious Jew, with a higher imperative, with an ultimate regulator.

This somehow parallels the comparison between the PLO and Hamas, the difference between a national liberation movement and a religious terror organization. Fatah, too, used and uses terror throughout the years, but its representatives can sit opposite Israel in peace negotiations, while Hamas representatives could not and would never do so, since according to their religious belief all the land of "Palestine" is Muslim waqf (holy trust) land. Period.

Which Zionism will win? It's too early to tell.

The demographics work in favor of Bennett's Zionism. Common sense favors Herzog's Zionism. This struggle is between different cultures. Bennett was not embarrassed to declare, in his appearance at the Saban Forum in December 2014, that the secular Zionism that established the state ended its historic role and thus he and his people are here to grab the baton and continue the race.

It seems to me that the baton has not been passed to them yet. It seems to me that if Bennett had stood in first Israeli Prime Minister David Ben-Gurion's place after the 1947 United Nations accepted the partition plan and had to decide whether to declare the establishment of a Jewish state in the bounds of the partition, Bennett would have put off the partition decision and would have preferred to fight for larger borders. The courage, pragmatism and vision of Ben-Gurion enabled him to curb criticism and achieve a majority's support for the establishment of the Jewish state within the strange, narrow borders of the partition.

Ben-Gurion's historic decision brought about the creation of the state, but the state, in its conduct, has now brought Ben-Gurion's Zionism to find itself in an existential struggle with the new Zionism.

Following the announcement of the primary results in his party, Bennett surprisingly declared, "The day is approaching when we will lead the country." This was the first time he spoke about the possibility that he would vie for the role of prime minister. It seems to me that he is jumping the gun. The chance that he would be prime minister after the coming election is slim. On the other hand, the chance that he would succeed in reaching this post eventually is real, and this would be a precedent. Israel never had a prime minister from one of the sectors (ultra-Orthodox, religious Zionist, Arab). This glass ceiling is now in danger. Some believe that the danger is not just for the glass ceiling, but for the entire edifice.