Will the young leader of the National Religious Party, Naftali Bennett, be able to overcome the old rabbinical establishment and restore his party's spirit of openness, wonders Nadav Perry. 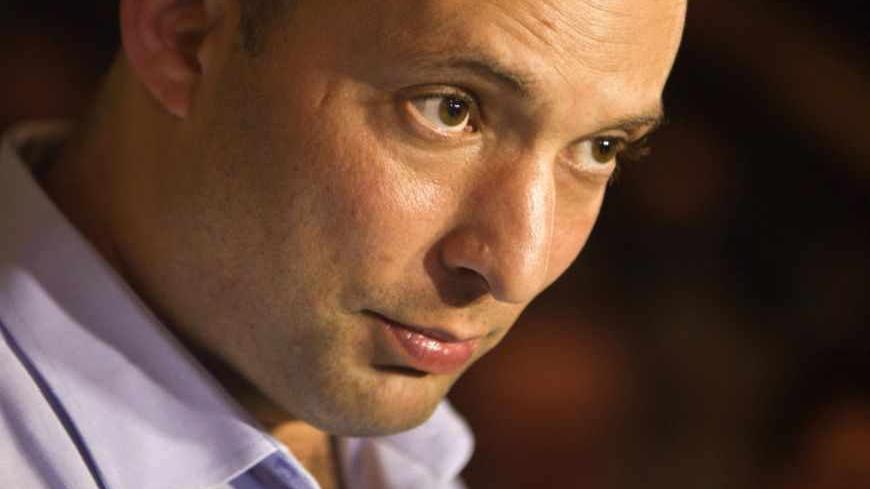 We should all keep in mind the same winning slogan that accompanied Minister of Trade and Industry Naftali Bennett over the past year on his journey from the realms of almost total anonymity to the peak he reached in the recent elections. “Something new is beginning,” the young Bennett promised his party membership when he ran in the primaries against its ossified, old-time leadership. “Something new is beginning,” Bennett promised voters during the general election campaign. Hundreds of thousands were in fact persuaded that the fresh young idealist represented a vibrant, new brand of religious Zionism, which for years had been kowtowing to ultra-Orthodox Judaism instead of fulfilling its historic role as a bridge between religious and secular Jews, and between religion and state. Now Bennett has to make good on his promises and to prove that a new beginning is, indeed, at hand.

During the early years of the state, the national religious movement represented all that was beautiful in the Jewish religion. While the ultra-Orthodox were quick to shut themselves off in their own ghettos and totally separate themselves from Israeli society, those wearing ''knitted skullcaps'' — the trademark of the national religious movement — tried to live in both worlds: studying religion as well as working, attending rabbinical colleges as well as serving in the military, praying in a synagogue as well as taking in a good movie. The early leaders of the National Religious Party (Mafdal) portrayed this combination best — people like Haim-Moshe Shapira and Yosef Burg, whose conduct and very being signaled a pleasing moderation.

The 1967 Six-Day War marked a historic change. The young generation of the religious-Zionist movement abandoned the “national” component in favor of a “nationalistic” one. Religious Zionism threw itself wholeheartedly into promotion of a massive settlement drive in the territories and the National Religious Party (Mafdal), which had previously struck a historic alliance with various incarnations of the Labor Party, ceased being a bridge and turned into a distinctly right-wing party.

The radicalization on the political and diplomatic front was accompanied by a turn toward religious extremism. Some of those defining themselves as “national religious” became “national ultra-Orthodox” and the moderate leadership was replaced by a small group of politicians and rabbis. This process of radicalization culminated in recent years with the conscious and voluntary decision of the national religious politicians to hand over veto powers to their rabbis. And thus, just like the ultra-Orthodox parties, and in total contradiction to its historic mission, Zionist-religious politics became politics by rabbis. The rabbis determined, the rabbis decided, and the politicians, gray and tired, became willing executors of their orders.

And then Bennett appeared virtually out of nowhere. Far removed from historic alliances and ancient commitments, Bennett made it clear that he was about to change the way things were. HaBayit HaYehudi, a union between the historic National Religious Party (Mafdal) and the ultra-Orthodox National Party (Tkuma), would no longer be a party of rabbis and settlers. Yes, it’s still on the right — it opposes a Palestinian state and supports settlements — but, unlike in the past, these will no longer be the main issues on its agenda.

Once elected to head HaBayit HaYehudi, Bennett was quick to prove in action that something new was indeed beginning. His Knesset election campaign was directed at all the people, both religious and secular. Instead of focusing on the settlements, he talked about economic reforms and cost of living — issues concerning all of the public and not just a small group of rabbis and settlers in its midst. After the elections, he struck a courageous alliance with Finance Minister Yair Lapid, forcing out the ultra-Orthodox parties despite opposition by extremist rabbis in his party who felt an inherent affinity for the ultra-Orthodox society and its rabbis. During negotiations to form a coalition government, Prime Minister Benjamin Netanyahu and his people were convinced that the veteran establishment within the party would force Bennett to capitulate and go back on his alliance with Lapid, but they were wrong. The young leader displayed leadership and courage.

Now he faces additional complex leadership challenges which require that he take a brave stand vis-à-vis the rabbis and the old establishment. The battle over the nomination of Israel’s chief rabbi is a good illustration of the struggle between Bennett’s new start and the old conservatives of the rabbinical leadership which he wishes to force out. Bennett (and, likewise, Lapid’s Yesh Atid Party) supports the nomination of Rabbi David Stav, 53, considered a genuine representative of the tolerant, enlightened stream of religious Zionism. He faces the elderly rabbis who want to name Yaakov Ariel, 76, to the senior position. Whereas Stav is expected to lead a true revolution in the country’s main rabbinate and to make it more accessible and friendly for secular Israelis, Ariel might leave things as they are, a contaminated rabbinical institution under total ultra-Orthodox control.

A decision is expected soon regarding military service for students in the ultra-Orthodox rabbinical colleges, an issue currently being debated by a special government committee. Here, too, Bennett will be forced to choose between a determined stance in the face of the ultra-Orthodox sector — which wants to maintain the status quo whereby most young ultra-Orthodox Jews abstain from all military or national public service, as well as from joining the workforce — and between hesitant steps among the drops.

There’s no reason to make light of the heavy pressures being applied now on the young leader of religious Zionism, but there’s also no reason to let him off the hook. The decisions he makes in the near future will show whether, indeed, a new beginning is starting, or whether we will be getting more of the same.