Prime Minister Benjamin Netanyahu has a historic opportunity to redefine the status quo between the state of Israel and the ultra-Orthodox sector, writes Nadav Perry. 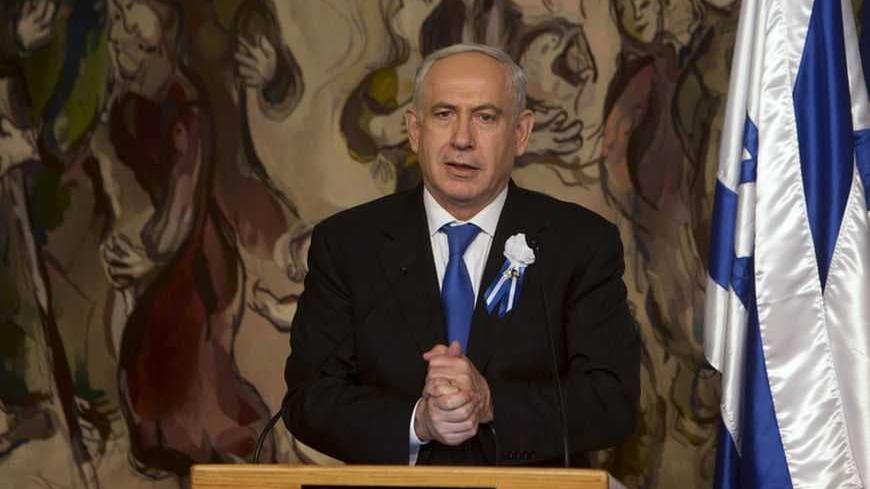 Take as an example Ariel Atias, one of the leaders of the Shas party. He has been in politics for seven years, all of them as a government minister. At the age of 36, he was appointed minister of communications in [former Prime Minister] Ehud Olmert’s government, and three years later was upgraded to the position of minister of housing and construction in Benjamin Netanyahu’s government. Atias’ friend in the Shas leadership, [former Minister of Interior] Eli Yishai, was elected to the Knesset 17 years ago, 14 of which he spent serving as a minister in three different government ministries. That’s the way it is in Shas: No matter who is in power — Likud, Labor or Kadima — they are always there, loyal partners in every government. In the 29 years since the founding of Shas, Israel has had ten governments; Shas was a partner in nine. This introduction is required in order to understand the earth-shaking significance of the fact that in the coming days an Israeli government is about to be established without the presence of ultra-Orthodox politicians.

Along with Shas is its older, leaner sister, Yahadut HaTorah. Several days from now, Knesset Member Moshe Gafni will pack his things and with deep sadness vacate the office of chairman of the Knesset Finance Committee, the eternal stronghold of the ultra-Orthodox Ashkenazi party. Given the choice between serving as prime minister or as chair of the Finance Committee, the Yahadut HaTorah politician will unfailingly opt for the latter. No other party in the Knesset has held on with such obsessiveness to one specific position for such a long time. There’s a good reason for Yahadut HaTorah’s long-standing desire specifically for this position; it’s no coincidence that six of its representatives have headed this committee for most of the past 35 years. From this position, the ultra-Orthodox were well placed to take care of the sector that sent them to the Knesset. If they hold the seat of committee chairman, there’s no importance to the number of other seats the party controls in the Knesset. Yahadut HaTorah is, after all, a small party, usually with five Knesset seats, or six. Who cares? All they have to do is take control of the central intersection of government money transfers, and from there on they will manage.

The ultra-Orthodox education system is totally independent of the official education system of the state of Israel. Therefore, educators in the classrooms of ultra-Orthodox establishments often divert their students from the national curriculum and the study of the core subjects (English, math, etc.) required of all other students. The downside, as far as the ultra-Orthodox are concerned, is that their school budgets are not fixed and are excluded from those of the official school system. In order to take care of their sector, the ultra-Orthodox members of Knesset have to fight each time anew for the transfer of government funding to their “independent” school system. They have been winning this fight for decades, big time. This is the way they have been conducting their business for years: elections are held, they join the coalition (any coalition) and, in return, ask for the Finance Committee. In the committee they make sure that approval of all government funding is contingent on allocating a cut to their sector.

The ultra-Orthodox parties are therefore facing a difficult detox outside the coalition, without the instant connection to government establishments and the ability to exert pressure on government agencies in order to advance their interests.

Luckily for them, they have [Prime Minister] Benjamin Netanyahu. The prime minister, who tried with all his might to avoid the breakup with his loyal partners, will likely seek to maintain a good relationship with them and therefore may “attribute” budgets or benefits their way, here and there. Perhaps he will thus be able to buy their support on several votes. And if he is able to in the future, he would be glad to hook them up again so they can milk the power structures. After all, they are his “natural partners” and the separation is as hard for him as it is for them, but that is the price he was forced to pay to the Lapid-Bennett alliance (Yesh Atid leader Yair Lapid and HaBayit HaYehudi chairperson Naftali Bennett), which foisted the current government composition onto him.

But the problem is far deeper than control of the budget spigot. The ultra-Orthodox politicians, led by their rabbis and supported by a large public, refuse to understand that the rules have changed, that they can no longer keep playing the game under the same guidelines established in recent decades. It’s simply not possible. Were it possible, the government would most likely have continued to fund the very public that cuts itself off from the general public and refuses to share the burden of life in Israel. The thing is, this arrangement is no longer viable given the high birth-rate in the ultra-Orthodox sector, with a nearly 1:3 ratio to the birth-rate among secular Israelis.

Among Israel’s first-graders, more than a third are already ultra-Orthodox children. The unwritten arrangement, which suited everyone, basically said the following: you ultra-Orthodox can close yourselves off in your neighborhoods; don’t bother us and, in return, we will exempt you from military service and from work. This could have worked when the ultra-Orthodox were a small, marginal sector; it’s impossible when we’re talking about a community that will form one third of Israeli society within several years. From a purely economic standpoint, Israel will find it unaffordable.

Israel likes to compare itself to the world’s developed nations. All economic data, from the gross national product all the way to the employment rate, is examined in light of the situation in other OECD countries. But the comparison is essentially far-fetched. No OECD country — actually, no other country in the world — has such a large and significant sector that deliberately avoids work and maintains a separate and separatist school system. Impressed by Israel’s economic performance? Try and imagine where we would be if we hadn’t transferred significant percentage points of our GNP every year to a non-productive sector that is dependent on state budgets.

The composition of the new government is not expected to bring about a diplomatic breakthrough. Neither the Likud nor HaBayit HaYehudi will lead Israel to a diplomatic agreement with the Palestinians. Nonetheless, if Netanyahu wants to make history in his third term, his only hope is to redefine the rules of the game between the State of Israel and the ultra-Orthodox sector. The rules that were in play until now are simply irrelevant. The question is whether the prime minister, who so badly wanted the ultra-Orthodox in his government, will know how to take advantage of the situation now that they have been shoved out.

With the ultra-Orthodox parties in the coalition, there has been no way to change this pernicious status quo. Now that they are being left out, it is still hard, but feasible.