The election of the new chief rabbis has provoked disappointment and debate from Israel to North America. 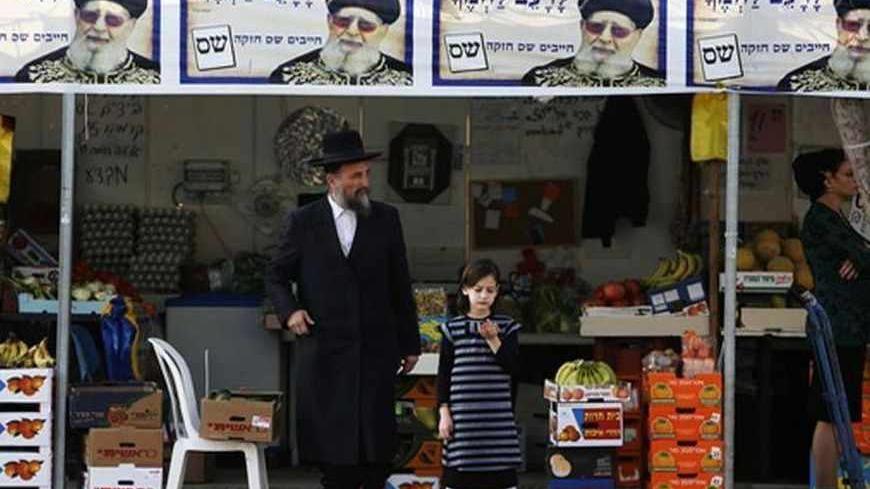 It should be noted to the credit of the chief rabbis elected on July 24 that they sought to display “a victor's generosity.” Being aware of the hostility of the secular public toward the body they have been chosen to head, Rabbis David Lau and Yitzhak Yosef endeavored to allay public concerns. In their first statements following their election to office, the two pledged to act to bring Israelis closer to the rabbinical establishment and make things easier for them, wherever and whenever possible. All of a sudden, the Aramaic phrase [literally translated as] “by force of the permission given“ — which denotes a lenient approach in the religious Jewish law — has come into vogue.

The day after the vote, the two newly elected rabbis paid a visit of honor to Shas spiritual leader Rabbi Ovadia Yosef. The rabbi — truly happy with the great victory, which assured him continued control of this strategic stronghold — ordered his son, Rabbi Yitzhak Yosef, and Lau to avoid any unnecessarily strict religious rulings, and do their best to bring Israelis closer to the Torah. Really sweet of him! Even the sympathetic Pope Francis could not have been softer or more conciliatory.

Had we been naive, we could have been misled to believe that a new leaf is about to be turned. No more a stern and dogmatic rabbinical establishment — from now on it is going to be an open-minded and pluralistic rabbinate. Alas, this is obviously not the case. As a matter of fact — just like it has been in the past 20 years — the newly elected rabbis are no more than puppets on a string, manipulated by the leading ultra-Orthodox rabbis. Ashkenazi (of East European origin) Lau would not have been elected had it not been for the backing of prominent ultra-Orthodox leader Rabbi Steinman, while Sephardi (of Middle Eastern origin) Yosef would have remained an anonymous and ineffectual figure had his father not selected and promoted him to the position. The rabbis — aware of the antagonistic mood toward the ultra-Orthodox community prevailing in the Israeli street — use sweet talk in their appeal to the public at large. However, as far as essential issues relating to Jewish religious law are concerned, they are committed first and foremost to the hard-liners' ultra-Orthodox establishment

Not only Israelis should be concerned about the possibility that the Chief Rabbinate will continue to act as the executive branch of the ultra-Orthodox establishment, Jewish communities in North America may also be affected by the present state of affairs. In its previous term, the Knesset sought to push through a new law that would regulate once and for all the conversion system in Israel. Knesset member David Rotem (Yisrael Beitenu), who introduced the bill, attempted to simplify and thereby facilitate the cumbersome conversion process.

The chief rabbis then in office agreed to support the initiative on one condition, that the law explicitly states that the Chief Rabbinate of Israel be recognized as the sole body authorized to perform conversions. They thus aimed to establish the exclusivity of Orthodox conversion and outlaw all other modes of conversion to Judaism.

The law, which threatened to seriously undermine the relationship between Israel and Jewish communities abroad, was ultimately put on ice, and this only after the intervention of Prime Minister Benjamin Netanyahu, who responded to the pressure exerted on him from North America. If anyone believes that something is going to change in that rigid approach, and that it may be softened in line with the moderate declarations of the incoming chief rabbis, he must be deluding himself. The ultra-Orthodox rabbis have long since resolved to fight Conservative and Reform Judaism in any way they could. And as long as the ultra-Orthodox hold control over the Chief Rabbinate, the ultra-Orthodox community is sure to have the upper hand. In this case, Orthodox marriage alone will be recognized in Israel — the way it has been so far — and conversion by ultra-Orthodox rabbis will be advocated as the only option available.

Considering the outcome of the election to the Chief Rabbinate, one may wonder whether any real reorganization could have been expected in the first place. It is not only the surprisingly identical number of votes cast in favor of each of the two elected chief rabbis in the secret ballot held — on the appointment of the Sephardi and Ashkenazi chief rabbis — but also the identity of the other contenders that raises certain questions. Except for Rabbi David Stav, the only candidate who actually tried to promote a fundamental change — and was therefore the prime target of the ultra-Orthodox attack — all other nominees were more of the same: a bunch of old-school establishment rabbis, some of them ultra-Orthodox and others associated with the Ultra-Orthodox Zionist movement [Chardal], who were unwilling to show even the slightest tolerance for any trend in Judaism that was not fully acceptable to them.

Religious Services and Diaspora Affairs Minister Naftali Bennett — the popular leader of the national religious Zionist party HaBayit HaYehudi — is paradoxically an open-minded person known for his liberal approach to matters of religion. While holding radical and uncompromising positions on the diplomatic front, Bennett is a so-called “religious lite.” At some point, he even abandoned the religious way of life for several years and married a woman raised in a secular home. He may truly believe in the urgent need of leading a revolution in the rabbinate. However, he failed to accomplish it, as he did not manage to translate his vision into a successful political move. Rather than boldly leading, he was helplessly dragged along, watching idly while his party seniors joined forces with the ultra-Orthodox in an attempt to thwart the chances of the moderate Stav to get elected. The election to the Chief Rabbinate has thus demonstrated that, while Naftali Bennett may be the leader of the national religious Zionist party, he has not yet ascended to the status of the leader of religious Zionism.