Zionist Camp Chairman Avi Gabbay repeated a past statement by Prime Minister Benjamin Netanyahu, that the Israeli left has forgotten its connection to Jewishness. 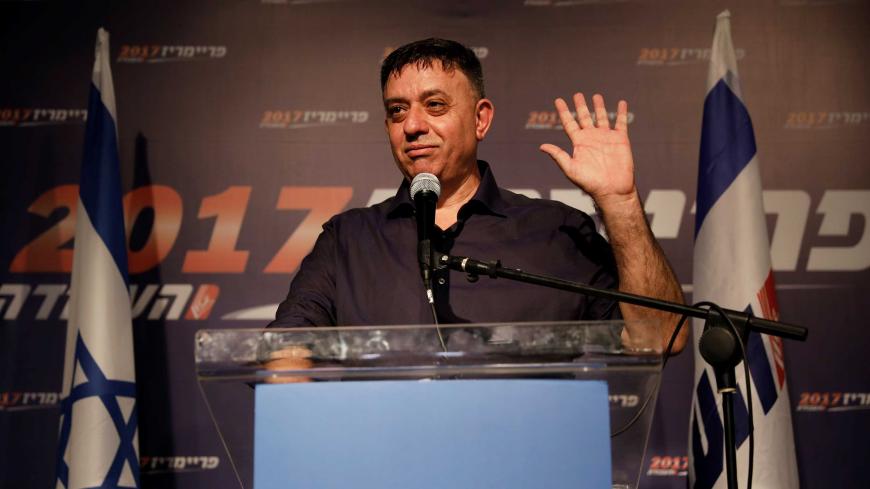 One of the most recognized photos from the Six-Day War documented paratroopers looking with awe at the Western Wall, as it was just liberated on June 7, 1967. Yet it seems that if it were up to Knesset member Omer Bar-Lev of the Zionist Camp, a former senior officer in the Israel Defense Forces and the son of the late Chief of Staff Haim Bar-Lev, this photo would not have become one of the symbols of the most glorious military victory in the history of the State of Israel. On Oct. 31, in a demonstration in Ramat HaSharon, Bar-Lev criticized a visit by the battalion of the Golani Brigade to the Western Wall. As he saw it, this is “religious radicalization,” namely religious coercion, enacted with the taxpayers’ money.

This example illustrates why Avi Gabbay, the chairman of the Zionist Camp, was right when he said on Nov. 13 that the left — or at least parts of it — chooses to forget that it’s Jewish and is sometimes ashamed of it.

In a lecture to university students in Beersheba, Gabbay referred to Prime Minister Benjamin Netanyahu’s famous statement to Rabbi Kadouri in 1997, according to which he said, “The left has forgotten what it is to be Jewish.” In response to a student who raised the issue, Gabbay said, ''Netanyahu told Rabbi Kadouri, he whispered it in his ear and the TV caught it, he told him, 'The left has forgotten what it means to be Jewish.' You know what the left did in response? It forgot what it means to be Jewish. It's as if they are saying it about us, 'Now we are only liberals.' It's not true. We are Jews and we need to talk about our Jewish values.” He added, “We’re Jews, we live in a Jewish state. I think one of the problems of the Labor Party is that it has distanced itself from this.”

Like Netanyahu’s original statement, Gabbay’s endorsement of it drew sharp criticism from the left. But the harsh attacks on Gabbay from his party colleagues and from left-wing Meretz attest that he actually did touch on a relevant point.

Opposition chairman Isaac Herzog said in a conversation with Al-Monitor that Gabbay’s choice of words was perhaps erroneous, but his intention was right: The left should stop feeling embarrassed of its Jewishness. “From Berl Katznelson to David Ben-Gurion, the heads of the Labor movement respected the Bible, the [Jewish traditional] vision and the faith. We are both Jews and liberals,” Herzog said. According to Herzog, Gabbay said what he did to draw the traditional, religious public closer to him. “I don’t understand how I, the grandson of the first chief rabbi of the State of Israel, Yitzhak Herzog, am considered less close to Judaism than Netanyahu,” Herzog said with irritation.

Netanyahu, the master of election campaigns, has long understood the problematic connection between the left-wing camp and the term “Judaism,” and he has used it often to his advantage. Journalist Alon Idan of Haaretz wrote in January that Netanyahu adviser Arthur Finkelstein is the one who helped Netanyahu reap such public benefit from this: “Finkelstein from America revealed the secret to Netanyahu: Jew, not Israeli. He told him: In Israel, there’s only one question — ‘What are you more, Israeli or Jewish?’ — and then he continued: If the answer is ‘Israeli,’ the person before you is leftist; if the answer is ‘Jewish,’ this is a rightist. That’s the whole story.”

For several years, the Labor Party and the Israeli left have played into Netanyahu’s hands, at least until Gabbay came along. Thus, the new chairman of the party had actually good political reason to say what he said. To win the next election, the Labor Party must expand its electoral base by recruiting support from the traditionalist population, which does not see schoolchildren’s visits to a synagogue or soldiers’ visits to the Western Wall as “religious radicalization.” This is a public that would mostly oppose religious coercion, but would also be offended at expressions that belittle Judaism, which some representatives of the left use when they wish to fight this coercion.

The left recalls the election rally at Rabin Square in Tel Aviv before the 2015 election as one of the events that helped Netanyahu win. Artist Yair Garboz, in an unfortunate remark, disparaged “the kissers of amulets, idol worshipers, and those who prostate themselves on the graves of the saints” — a statement that was understood as ridiculing the traditionalist population that supports the right. And if that wasn’t enough, playwright Joshua Sobol added “kissers of mezuzot” (a parchment with a prayer affixed to a doorway) to the list of groups the left condescends to in a radio interview the next day.

Netanyahu rejoiced at these statements. At an election convention he said, “Yesterday I heard someone talking about kissers of mezuzot with scorn. Since when is it a crime to kiss a mezuzah? We know where we came from, we know what land we returned to, what we protect, and we know our tradition and our heritage — that they are also our future.”

Zionist Camp Knesset member and former Labor head Shelly Yachimovich tried at the time to control the damage when she strongly criticized Garboz’s remarks. After the election, she said that it was one of the reasons for the left’s defeat.

After a rally like that where Garboz spoke, a traditional person — even one who identifies with the positions of the left — would find it very difficult to choose the Zionist Camp or Meretz at the ballot box. This is also the reason for the complete transformation of Yesh Atid leader Yair Lapid in his relationship with Judaism. After the loss he suffered at the 2015 election, Lapid made sure to distribute photos of himself wrapped in a tallit (praying shawl) at the Western Wall — the same Wall that Bar-Lev saw as a sign of religious radicalization.

But beyond the electoral aspect of the relationship to Judaism, there is also a values perspective that is no less important. Judaism is the cradle of Zionism, and one can’t sever the link between the two — even if the Zionist national movement was founded on the basis of secular, and even sometimes anti-religious, values. The connection of the Jewish people to the land of Israel is a religious-national connection, based on the belief in a covenant between God and the patriarch Abraham, as related in the Bible.

As Herzog emphasized, the leaders of the Labor movement, Katznelson and Ben-Gurion, also put Judaism at the top of their values and wished to teach it. Ben-Gurion, Israel's first prime minister, founded the Bible study circle at the prime minister’s residence. When Netanyahu reinstated this practice, he was criticized for it by the left.

A quote attributed to the late Yaakov Hazan, the leader of the Mapam Party, “We wanted to raise a generation of skeptics, and we raised a generation of simpletons,” is especially important today. Thus, Gabbay is right in his fundamental criticism, and if the left truly wants to lead the country again, it should listen to his advice.