Ambassador Dan Shapiro is a trusted and respected interlocutor for upper echelons in both Washington and Jerusalem. 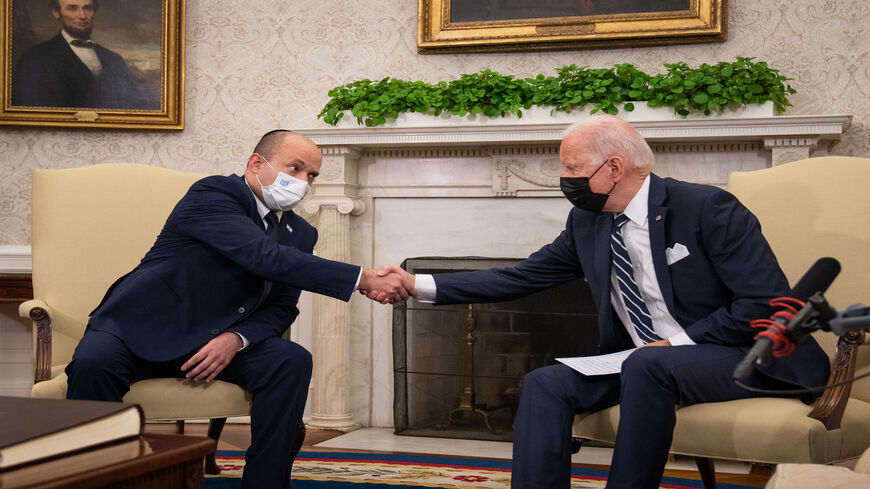 How did last week’s effort to turn US President Joe Biden and Israeli Prime Minister Naftali Bennett into BFFs turn out? Are the 78-year-old American president and 49-year-old Israeli premier now bros? Was their first White House meeting Aug. 27 the start of the proverbial beautiful friendship? Will the chemistry between them pave the way for an intimate, trusting relationship totally contrary to relations between the Democrats and former Prime Minister Benjamin Netanyahu?

The president, for his part, delivered the goods. He described Bennett to reporters as his friend. According to Israeli press, Biden told Bennett not to hesitate and call him if he needs anything. The two also found matters of mutual interest to talk about, which were not on their formal agenda.

Establishing the tone of relations with Biden was top of the “to-do list” compiled by Bennett’s people in recent months. They could check it off were it not for one question. “The question is what happens now,” a member of Bennett’s entourage told Al-Monitor, speaking on condition of anonymity. “Such a relationship cannot be conjured up out of thin air. It now needs to be directed to the right place and cultivated to ensure the trust between them is strengthened. The two leaders need to know that there is someone on the other side of the ocean who will talk to them candidly, will not try to sell them a bill of goods or try to gain time or go behind their backs.”

Bennett’s staff worked hard for weeks preparing the meeting. Their goal was to turn the page in US-Israel relations marred by the close alliance between Netanyahu and the Republicans, and erase from Biden’s memory his unpleasant eight-year experience as vice president with Netanyahu. The idea was to demonstrate to Biden that Bennett is made of different stuff. Bennett himself emphasized at various points during the 50-minute one-on-one meeting that he would always tell Biden the truth without trying to embellish the facts, that he would be frank about what he can and cannot do, and that he intended to iron out differences that arise with the president and his staff rather than in the media or behind their backs.

“It was phenomenal,” one of Bennett’s people told Al-Monitor in summing up the meeting, speaking on condition of anonymity. “We now have to make sure that this does not remain a single episode of a successful meeting, but that it continues. The president liked what he heard and understood that his experience with Bennett would be corrective. We will have disagreements, we already have them, especially regarding the return to the nuclear agreement with Iran. But the dirty laundry will not be washed in public and the president will not be unpleasantly surprised as Obama was [by some of Netanyahu’s actions]."

An encouraging sign of the trust established at the meeting emerged several days later, on Aug. 30, with the announced appointment of former US Ambassador to Israel Dan Shapiro as an adviser to the team of Robert Malley, the administration’s envoy on Iran. Shapiro will be tasked with coordinating positions with Israel on negotiations with Iran. Shapiro, who served as President Barack Obama’s ambassador, has been living in Israel in recent years. He and his daughters speak Hebrew and although many on the political right still regard him as a trusted envoy of a president who was hostile to Israel, he has built up credibility and popularity almost across the spectrum of public opinion.

Shapiro is well known to Israel’s top echelons and enjoys the trust of most Israeli decision-makers. He is a skillful listener and an expert in assuaging Israeli concerns and phobias. His residence and close ties in Israel, and his connections at the White House will help him forge a quick, immediate and available link with the Israeli leadership. Shapiro, who failed in the US attempt to bring Netanyahu on board after the signing of the 2015 nuclear deal with Iran, will now get another chance. He will not try to convince Israel of the importance of a return to the nuclear deal, knowing it is a lost cause, and will instead strive to ensure that Israel does not put spokes in the negotiators’ wheels.

The news on the Palestinian issue is not as favorable. With Bennett’s return from his successful Washington trip, it turned out that Defense Minister Benny Gantz had met in Ramallah with Palestinian President Mahmoud Abbas and presented him with a series of goodwill gestures on Israel’s part, such as a loan of 500 million Israeli shekels ($155 million) to help the Palestinian Authority (PA) keep its head above water in the coming months.

Bennett was informed in advance of the meeting with Abbas and the Israeli offer likely reflects agreements reached between Biden and Bennett. Nonetheless, it generated severe criticism on the political right. Bennett’s people were furious at Gantz for what they described as taking a few steps too many toward the Palestinians without seeking Cabinet approval. Bennett's aides fear Gantz is too independent, a concern underpinned by persistent rumors that Gantz is still considering mostly theoretical offers from Netanyahu to cross the lines, bring down the Bennett government and be handed the premiership that Netanyahu deprived him off when they shared power in the previous government.

One of the main challenges facing the government led by Bennett and Alternate Prime Minister and Foreign Minister Yair Lapid is to try to hold together the house of cards comprised of the political left and right, to ensure the right is calm, the left is satisfied, the PA does not collapse and the Americans are not angry. These conditions will provide Israel with the access it needs to Biden’s team on the truly important issue: negotiations with Iran.