Israel’s new envoy to the United States, Michael Herzog, is the only Israeli official to have participated in all diplomatic negotiations between Israel and Arab states over the past two decades and he knows Washington by heart. 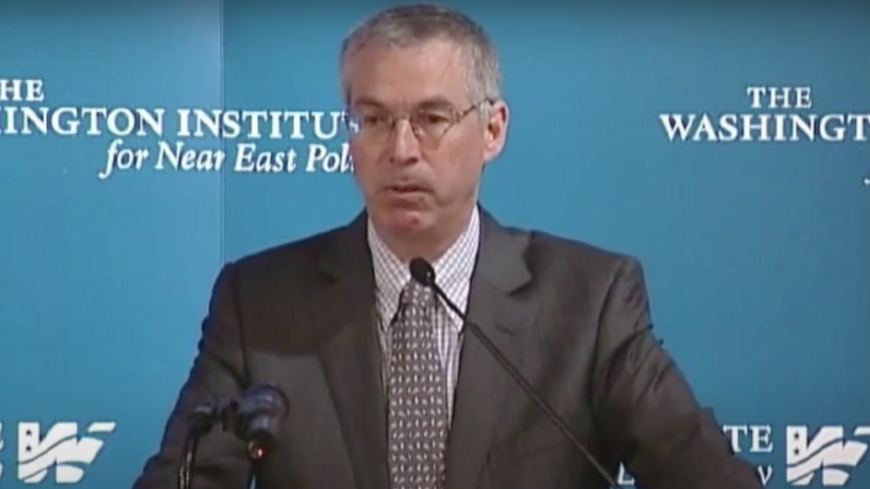 Israel’s designated ambassador to the United States is a leading expert on the intricacies of all aspects of the Israeli-Palestinian conflict. Brig. Gen. (res.) Michael Herzog is an Israeli officer who made his mark in the military’s intelligence and planning divisions and subsequently served as chief-of-staff and military aide to several defense ministers. He monitored, planned and saw up close the developments that shaped Israel’s defense posture, the capabilities of its various agencies and preparations for the diverse challenges thrown up by the complex Middle East arena. Herzog is also the only Israeli official to have participated in all diplomatic negotiations between Israel and Arab states over the past two decades. He has represented Israeli prime ministers of all stripes, including Benjamin Netanyahu.

Despite his somewhat subdued appearance and introverted character, Herzog is as close to Israeli nobility as it gets. His younger brother Isaac Herzog is the new president of Israel, his father was President Chaim Herzog, his grandfather Yitzhak HaLevi Herzog was Israel’s first Ashkenazi chief rabbi and his uncle was the celebrated Israeli Foreign Minister Abba Eban.

The designated ambassador is not expected to spend much time mingling at Washington cocktail parties. He is not a socialite and his small talk is limited. He is serious, well versed in details, an in-depth thinker, highly discreet and trustworthy. He has yet to prove his ability to forge a stable, credible diplomatic channel with the White House, but should he succeed, this channel would undoubtedly be effective and discreet. The fact that both Israel’s prime ministers — the incumbent Naftali Bennett and his alternate Yair Lapid scheduled to succeed him in two years — have signed off on Herzog’s appointment will surely work in his favor.

In November 2020, immediately after Joe Biden won the US presidential elections, Herzog was the guest of Al-Monitor’s “On Israel” podcast, displaying expertise in analyzing the positions of the incoming administration. Most of his forecasts have borne out. “Biden is not Obama,” Herzog said, and spelled out the differences between the two Democratic administrations. Biden himself and Vice President Kamala Harris, said Herzog, “Have a very special feeling toward Israel, which is emotional. It doesn’t only come from a logical analysis,” as was the case with President Barack Obama, he said, adding, “They have consistently resisted pressures from the progressive wing of the Democratic Party to condition military aid to Israel on Israel’s policies.”

Herzog expressed undiplomatic criticism of US policies during Obama’s second term, especially those advanced by Secretary of State John Kerry and national security adviser Susan Rice, “who did not really understand the Middle East and how to operate in it. I had the opportunity to work with the Obama administration on various issues and I don’t think they really had a deep grasp of the situation. These are the people who called the eruptions in the Middle East in 2010-11 the ‘Arab Spring;’ these are the people who spoke about dividing the region between Iran and Saudi Arabia; these are the people who thought political Islam would be the antidote to jihadism, and they were wrong on all counts.”

Herzog is believed to be a political dove but a defense hawk. His views on Iran are said to dovetail with the traditional ones of the Israeli defense establishment, which sees the many flaws of the deal with Iran but nonetheless considers it the lesser evil and the alternatives to an agreement far worse. Herzog is thought to believe that Israel must avoid repeating Netanyahu’s costly mistakes in deciding to take on the Obama administration on Iran rather than trying to influence the deal from an advantageous position at the negotiating table.

When asked what the prime minister should do or say at his first meeting with Biden, Herzog said, “First of all, be humble. Secondly, suggest to the president to establish a back channel between the two leaders. … There is historical precedent for this and it’s a very very important tool where they can sort out issues … through a quiet mechanism and avoid public clashes.” Herzog speculated that the Biden administration would be very keen on such a dialogue with the new government and for such a channel. He did not know that Bennett rather than Netanyahu would be the first Israeli prime minister in Biden’s Oval Office, nor that he himself would be serving as Israel’s ambassador at that point.

Herzog is considered a walking archive of the negotiations and agreements that Israel conducted or signed with its various neighbors over the years. He was involved under both leftist governments and Netanyahu’s administration. He took part in the secret 2010 talks Netanyahu conducted with Syrian President Bashar al-Assad in which both sides agreed on the principle of full peace in return for an Israeli pullback from the Golan Heights. The talks were mediated by US diplomat Fred Hoff but they broke off with the outbreak of the Syrian rebellion in 2011.

In 2013, Herzog was actively involved in what was dubbed the “London channel” of secret, intimate and detailed talks between Israelis and Palestinian in London, the home of Hussein Agha, a close associate of Palestinian President Mahmoud Abbas. The Americans were represented by US envoy Dennis Ross and Netanyahu by his confidante and attorney,Yitzhak Molcho. Although described as an informal channel, with both sides maintaining a degree of deniability, both Netanyahu and Abbas expressed their commitment to this course to Obama.

The London talks are considered the most detailed and intimate contacts between the sides since the Oslo negotiations in the 1990s. Agha expressed great optimism at the time about the prospects of reaching agreement with Netanyahu, of all people. Eventually, it was decided to shift to official negotiations with the mediation of a team formed by Kerry and led by Ambassador Martin Indyk. The London channel was expropriated in favor of official negotiations, which collapsed a year later in 2014.

Israel’s new ambassadorial appointment is intimately familiar with Washington. He maintains a broad network of ties in the American capital that will help him build an effective circle of influence and high-level access. He spent time in recent years as a fellow at the Washington Institute, where he met many of the new administration’s officials. Those who have yet to meet him will find a British-educated officer, soft-spoken and somewhat reserved, an envoy who will not waste time in intrigues against the government he represents, unlike some other ambassadors. Israel’s new man in Washington will do his best to forge a stable and significant channel of influence. Herzog will take up his post at a decisive moment for Israel, when the future of the Iranian nuclear project will be determined.