Israel has temporarily halted the eviction of families in the East Jerusalem neighborhood of Sheikh Jarrah in what residents see as a play for time to wait out the international uproar and media attention. 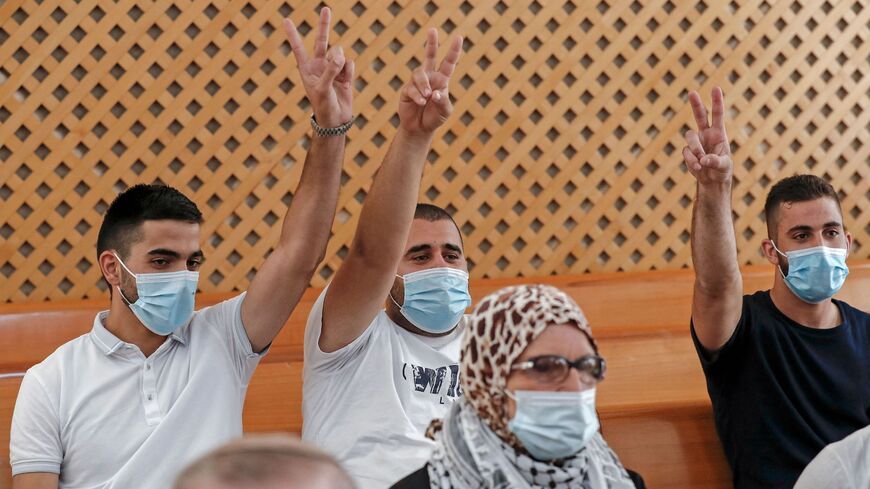 RAMALLAH, West Bank — Calm prevails in East Jerusalem's Sheikh Jarrah neighborhood for now. Tensions in the neighborhood between Palestinians and Israeli settlers had sparked violent clashes between the resistance factions in Gaza and the Israeli army that lasted for 11 days in May, in addition to daily protests and confrontations in Jerusalem.

In August, Israel’s Supreme Court postponed a hearing concerning the expulsion of four families — Skafi, Jaouni, al-Kurd and Qasim — easing the tension and restoring some calm in the neighborhood.

This cautious calm, however, could explode at any moment and the families are living in constant fear of eviction.

On Aug. 2, the Israeli Supreme Court put off ruling on the four families’ appeal against the decision to expel them from their homes and decided to hold another session to continue hearing the witnesses, but has yet to set a date.

During the Aug. 2 hearing, the court offered the residents an agreement with the settlement company claiming ownership of the land on which their houses are built whereby the families become protected tenants but the land belongs to the company — an offer that the residents rejected.

On Aug. 15, the Israeli Supreme Court temporarily suspended the eviction of three families in the neighborhood: Hamad, Dajani and Daoudi.

Aref Hamad, a Sheikh Jarrah resident who is threatened with eviction, told Al-Monitor, “The freezing decision is temporary. But it is important because it means that the court has accepted our appeal.”

The neighborhood’s families live in a state of constant fear and anxiety, according to Hamad.

“We believe that the court is just playing for time and is delaying its final decision to calm things on the ground and wait out media and international media attention on the case, but will eventually rule in the settlers’ favor,” he added.

Hamad said the situation is calm now in the neighborhood, but large cement blocks remain at the neighborhood’s entrance and the Israeli police are still there around the clock.

“The settlers are not storming in on us anymore and there is much less provocation now,” he said.

Some 38 families have lived in Sheikh Jarrah since 1956, according to an agreement with the Jordanian government and the United Nations Relief and Works Agency for Palestine Refugees. In 1972, however, settlers began requesting that Palestinian families vacate their homes, claiming that they were built on land owned by Jews before 1948.

Adel al-Budairi, is another Sheikh Jarrah resident facing displacement whose in-laws, the Dajani family, submitted the appeal to the Israeli court. He told Al-Monitor, “Although the court suspended the decision, we continue to live in fear of displacement and eviction at any moment.” He went on, “The families want the court to make a final decision to annul the eviction once and for all.”

“The Israeli government is facing political pressure at home and abroad. This is why the court is procrastinating and waiting for the right time to rule against the residents without international attention,” Budairi said.

The Sheikh Jarrah residents rallied international attention to their cause and appealed the United States, Europe and regional countries to pressure Israel to stop their eviction.

Israel’s Haaretz reported Aug. 4 that the Israeli government had called on the US administration to pressure the Sheikh Jarrah families to agree to the offer put forth by the Supreme Court on Aug. 2.

“We haven’t been subjected to any political pressure from any party, neither European nor American. We believe that Israel is the one who is under pressure now,” Budairi said, explaining that the families discussed the court’s offer and decided to reject it.

Yaaqoub Arafa,  a member of the Sheikh Jarrah neighborhood committee, told Al-Monitor, “The residents are fighting the entire Israeli system — the Supreme Court, the police, the municipality, settlers and the government — all of whom have one goal: the Judaization of Jerusalem.”

“The Sheikh Jarrah case embarrassed and exposed Israel to the world. The neighborhood’s name circulated in foreign governments and human rights associations, resulting in tremendous international pressure on Israel to stop the evictions,” he said.

The settlement associations, however, continue to claim ownership of the land without proof.

“The Israeli Supreme Court’s judges are in a dilemma right now. They can’t tell the settlers that the land does not belong to them and seem unable to evict the Palestinian residents. The case will be shelved until they find the right time to pick things up. They will pick things up in two or five years, when the case is no longer the focus of international attention,” Arafa said, adding that the families very aware of the situation they face. 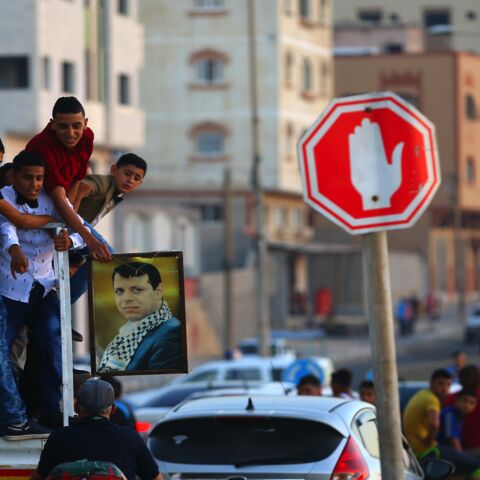