The ambassador is Saudi Arabia's first to serve in Qatar since the resolution of the Gulf diplomatic crisis. 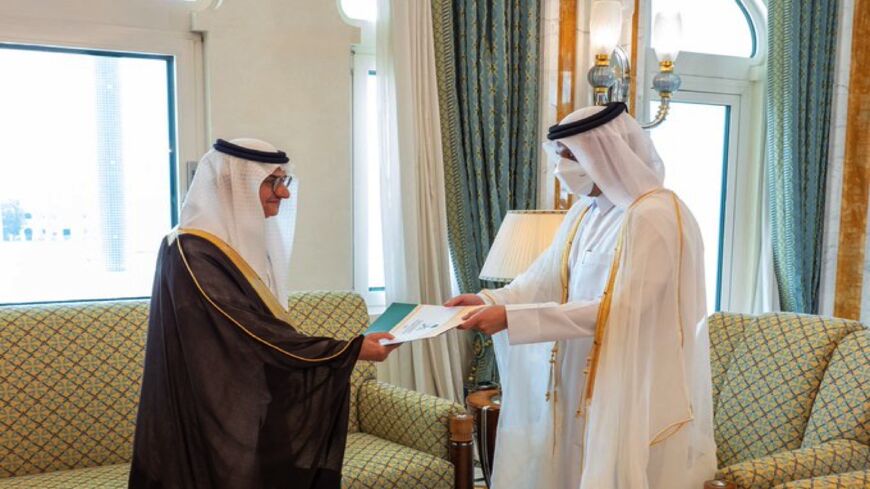 Qatar's deputy prime minister and minister of foreign affairs receives a copy of the credentials of the Ambassador of the Kingdom of Saudi Arabia to the State of Qatar Prince Mansour bin Khalid bin Farhan Al-Saud. - Twitter

Saudi Arabia’s ambassador to Qatar presented his credentials to Doha’s top diplomat on Monday. The move is a further sign of improving ties between the two countries amid the ongoing Gulf rapprochement.

The meeting marked another step toward reconciliation between Qatar and its Gulf neighbors. In 2017, Saudi Arabia and its allies Egypt, the United Arab Emirates and Bahrain cut off ties with Qatar, alleging that Doha was supporting terrorism. They made peace by signing a pact in January.

The states have steadily re-established normal relations since then. Saud is the first Saudi ambassador to be stationed in Qatar since the pact, according to the Saudi news outlet Arab News.