Kuwait, which has acted as a mediator between Qatar and its Gulf neighbors, said the annual summit will be held in Saudi Arabia on Jan. 5. 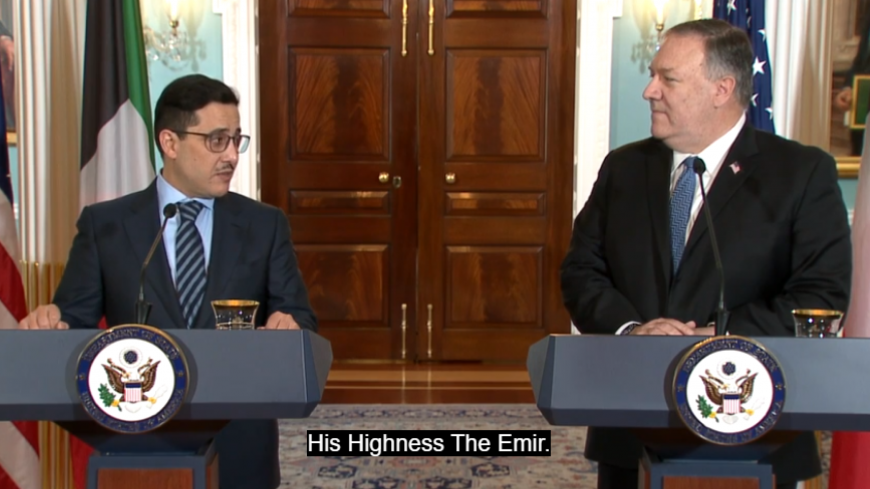 Kuwaiti Foreign Minister Ahmed Nasser al-Mohammed al-Sabah (L) met with US Secretary of State Mike Pompeo in Washington on Nov. 24, 2020, as seen in this screenshot taken from the State Department website. - Screenshot from www.state.gov

Kuwait announced Thursday that the Gulf Cooperation Council (GCC) will meet Jan. 5 in Saudi Arabia, as hopes mount for a resolution to the yearslong row between Qatar and its Gulf neighbors

Kuwaiti Foreign Minister Ahmed Nasser al-Mohammed al-Sabah “expressed his willingness that the Gulf summit be held in Saudi Arabia on January 5, 2021,” said a statement from the ministry.

Saudi Arabia, the United Arab Emirates, Bahrain and Egypt imposed an air, land and sea embargo on Qatar in 2017. The so-called Anti-Terror Quartet severed ties with the oil-rich Gulf peninsula nation, accusing it of supporting terrorism. Doha denies the allegations.

“We hope that this progress can lead to a final agreement which looks in reach, and I can say that I am somewhat optimistic,” he told a Rome conference.

Kuwait and the Trump administration, which views the GCC as a bulwark to Iran, have acted as mediators in the diplomatic dispute. President Donald Trump, who spoke by phone with Saudi Arabia’s King Salman bin Abdul-Aziz Al Saud on Thursday, has reportedly pressed the four Arab nations to open their airspace to Qatari airlines as an initial step.

“President Trump thanked King Salman for his leadership and expressed his optimism towards resolving the Gulf Rift,” a White House statement said.