Diplomats hope mediation will cool diplomatic crisis between Qatar and its Gulf rivals. 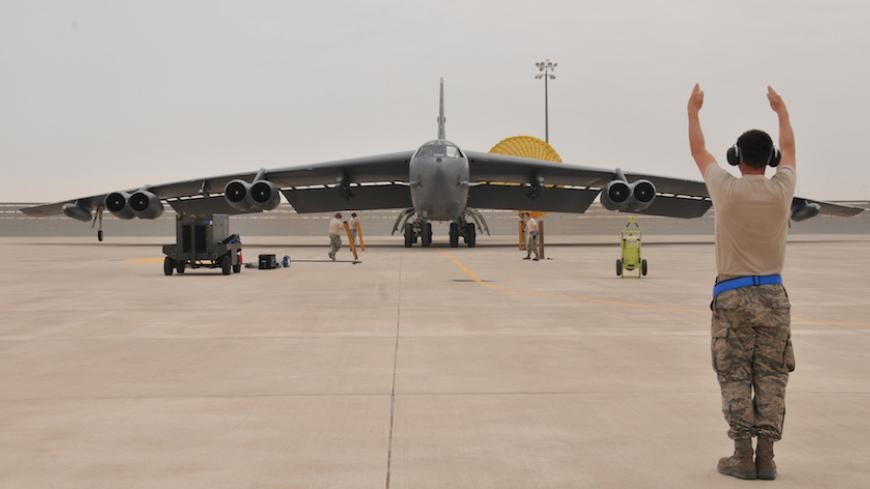 WASHINGTON — Diplomats expressed hope June 6 that mediation efforts could ease the standoff between US Gulf allies, despite a series of incendiary tweets from US President Donald Trump.

But it was not clear whether Kuwaiti mediation efforts on June 6 had managed to cool off the day-old rift between Saudi Arabia, the United Arab Emirates (UAE) and their Arab allies on one side and tiny Qatar, diplomats said.

US officials also sought to bring together the erstwhile allies in the fight against the Islamic State (IS), even as their commander in chief appeared to side with the Saudis and Emiratis in their feud with Doha.

Secretary of State Rex Tillerson, speaking to reporters in New Zealand on June 6, urged dialogue to resolve the crisis. “We are hopeful that the parties can resolve this through dialogue, and we encourage that, that they do sit together and find a way to resolve whatever the differences are that have led to this decision,” Tillerson said.

Saudi Arabia, the UAE, Bahrain and Egypt on June 5 announced a virtual blockade of Qatar, which hosts the largest US air base in the region. Some 8,000 US military personnel help conduct operations in Syria, Iraq and Afghanistan out of Central Command’s al-Udeid base.

The Saudi-aligned nations accuse Qatar, the home of Al Jazeera television, of supporting Islamist groups such as the Muslim Brotherhood; these groups are accused of destabilizing Muslim countries and promoting terrorism. The Saudis are also furious at Qatar for promoting a less-confrontational stance regarding Iran.

The Pentagon insisted the rupture between the Sunni allies would not affect ongoing military operations, even as US-backed forces announced the beginning of a military operation to take back the IS stronghold of Raqqa.

“We recognize that there are differing views in the region that have gotten us to this point,” Defense Department spokesman Maj. Adrian J.T. Rankine-Galloway told Al-Monitor on June 6. “We encourage all our partners in the region to reduce tensions and work towards common solutions that enable regional security.”

Rankine-Galloway said, “US military aircraft continue to conduct missions in support of ongoing operations in Iraq, Syria and Afghanistan. The United States and the coalition are grateful to the Qataris for their long-standing support of our presence and their enduring commitment to regional security. We have no plans to change our posture in Qatar.”

Tillerson said he had been dealing with the Qatari leadership for 15 years and knew it well. Regarding the current breach between the Gulf Cooperation Council (GCC) members, Tillerson said there had been long-standing differences of views and frustration had been building. But he also seemed to suggest that the countries accusing Qatar of backing extremism do not have perfect records on that front either.

“I think every country in the region has their own obligations they need to live up to, and they have their own challenges to live up to that commitment to terminate support for terrorism, extremism — however it manifests itself anywhere in the world,” Tillerson said. “And I would say that’s true of all the GCC countries; they have their own work to do in that regard.”

The Qatari leader, “in order to allow Kuwait to mediate, decided to put off a planned speech to the nation,” Reuters reported, citing an interview by Qatari Foreign Minister Sheikh Mohammed bin Abdulrahman Al Thani with Al Jazeera TV.

But the Kuwaiti emir returned to Kuwait on the night of June 6 after three hours of meetings in Saudi Arabia without going to Qatar, in what some analysts saw as a sign there had not been a breakthrough.

Trump, tweeting June 6, suggested he saw the rift between GCC partners as a sign of progress in his efforts to get the Muslim world to eradicate extremism. “During my recent trip to the Middle East I stated that there can no longer be funding of Radical Ideology,” Trump tweeted. “Leaders pointed to Qatar — look!”

“So good to see the Saudi Arabia visit with the King and 50 countries already paying off. They said they would take a hard line on funding … extremism, and all reference was pointing to Qatar,” he wrote. “Perhaps this will be the beginning of the end to the horror of terrorism!”

Current and former US diplomats were left shaking their heads at the tweets, which contradict the administration’s message urging dialogue to resolve the dispute.

“Hard to tell if we will see different messaging after the run of recent tweets from POTUS, which to me sound clearly supportive of pressure on Qatar to change policies/posture on Iran and Islamists,” former US Ambassador to the UAE Marcelle Wahba told Al-Monitor.

“You could certainly interpret it as encouragement, but it looks to me like this is mostly ex post facto self-congratulation,” former US Ambassador to Yemen Gerald Feierstein, now with the Middle East Institute, told Al-Monitor. “The rooster crowed, the sun rose, thus the rooster made the sun rise! He should talk to his secretary of state, who took a much more nuanced position.”

Diplomats had earlier suggested the crisis was ripe for quiet US mediation.

“If John Kerry were still secretary of state, he’d be working the phone like crazy,” former US Ambassador to Yemen Stephen Seche, now with the Arab Gulf States Institute in Washington, said. “We don’t know if Rex Tillerson has the same modus operandi. [But this rupture is an] opportunity to invite ourselves in to preserve the coalition that the president announced when he was in Riyadh.”

Wahba, who is now president of the Arab Gulf States Institute, said, “Given the close [US] relationship both with the UAE and Saudi Arabia, I think the US will step up to the plate” to help resolve the dispute. She added, “I doubt very much the US will just sit on the sidelines and let this crisis get more serious.”

The current US ambassador to Qatar, Dana Shell Smith, has also taken to Twitter to defend improvements in Qatar’s efforts to reduce funding of extremist groups. On June 4, she retweeted several older tweets that thanked Qatar for the “great partnership, real progress to counter terrorist financing.”

State Department sources, speaking not for attribution, said Shell Smith was expected to wrap up her tour in two weeks. She could not immediately be reached for comment.

Officials said the overall slowness with which the Trump administration is nominating people for positions is not really affecting the United States’ ability to engage in diplomatic conversations to contend with the current crisis.

“We’re very clear in the fact that it is in our interests that the GCC work this out and they figure out a way to combine this commitment to get rid of terrorism without further fragmenting,” said one US official, speaking on condition of anonymity. “We don’t need to be fracturing along ideological lines.”

State Department spokeswoman Heather Nauert said at the department press briefing June 6 that the United States was only informed of the rupture just before it was publicly announced.

“We were informed of that decision, but only immediately prior to that decision being made,” Nauert said. “My understanding is we learned from the UAE, just prior.”

“We recognize Qatar has made some great efforts to stop the funding of terror groups,” Nauert said. “They have made progress, but they still have work to do.”