Strengthened Iraq-GCC relations could bolster stability in the country and lessen Baghdad's dependence on Iran. 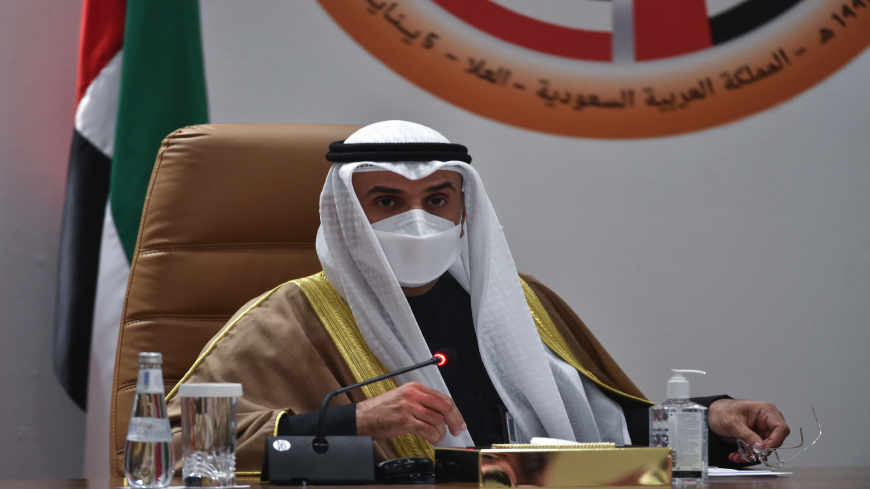 Secretary-General of the Gulf Cooperation Council Nayef bin Falah al-Hajraf holds a press conference at the end of the GCC's 41st summit, in the city of al-Ula in northwestern Saudi Arabia on Jan. 5, 2021. - FAYEZ NURELDINE/AFP via Getty Images

Iraqi sovereignty and the war against extremism are fights the Gulf Cooperation Council (GCC) is committed to winning, according to a top GCC official on Monday.

Discussions focused on terrorism challenges and “mutually beneficial opportunities for trade and development,” according to a statement by Salih’s office.

Kadhimi also stressed revisiting pledges made during the Iraqi reconstruction conference held in Kuwait in 2018 following the territorial defeat of the Islamic State (IS) in Iraq a year earlier. Among promises was a nearly $30 billion vow of international support, well short of the $88 billion Baghdad said it needed for full recovery, as well as an additional roughly $480 million pledge by the EU for humanitarian aid, stabilization, reconstruction and longer-term sustainable development.

Iraq and the GCC have discussed strengthening relations for years. In 2019, Iraq signed a deal to connect its power network with GCC states. The agreement included a 300-kilometer (about 186-mile) power line from Kuwait to Iraq’s southern port at al-Faw that would bring an additional 500 megawatts of power to the country.

It’s imperative Iraq work with its neighbors to bolster its economy and “combat terrorism and the ongoing campaign to pursue its remnants,” Kadhimi tweeted.

Kadhimi’s message comes as a pair of suicide bombers rocked a busy market in Iraq’s capital on Jan. 21. The attack killed over 30 people and injured over 100 in the worst attack Baghdad has experienced in years. IS took responsibility for the bombings.

Not all parties inside Iraq are encouraged about a larger Gulf presence. Pro-Iran militia Ashab al-Kahf issued a statement condemning Saudi Arabia and Kuwait for allegedly interfering with internal Iraqi affairs. The Gulf states are "aiming to destroy what remains of the Iraqi economic security and perpetuate a state of instability in Iraq," the statement read.

Iran, however, has grown more and more isolated from its neighbors following recent steps to end the Gulf rift. Since 2017, Qatar has faced an air, land and sea embargo by the United Arab Emirates, Saudi Arabia, Bahrain and Egypt over its alleged ties to supporting terrorism. Steps to end the rift came earlier this month at the conclusion of the GCC Summit in Saudi Arabia. The event concluded with the signing of al-Ula declaration on solidarity and stability.

“There is a desperate need today to unite our efforts to promote our region and to confront challenges that surround us, especially the threats posed by the Iranian regime’s nuclear and ballistic missile program and its plans for sabotage and destruction,” Saudi Crown Prince Mohammed bin Salman told attendees.