Tehran has been reducing its gas exports to Baghdad due to unpaid bills, worsening an already critical energy situation. 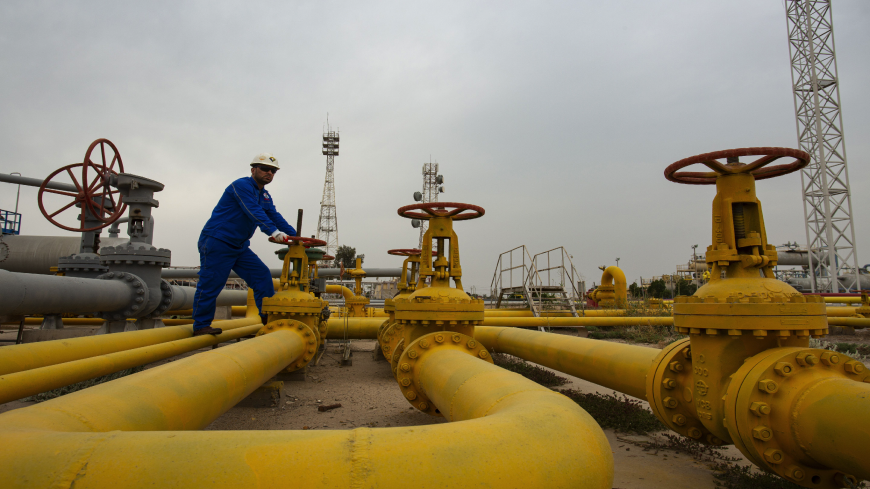 An employee turns a valve at the Nahr Bin Omar natural gas field, north of the southern Iraqi port of Basra, on April 21, 2020. - HUSSEIN FALEH/AFP via Getty Images

Iran pledged to “urgently resume pumping Iranian gas” to Iraq following reductions in gas shipments over unpaid bills, according to an Iranian energy official on Tuesday.

The agreement was reached during a meeting between an Iranian delegation led by Energy Minister Reza Ardakanian and Iraqi Prime Minister Mustafa al-Kadhimi. The move seeks to avoid severe power outages in Baghdad and other major cities, as over one-third of the gas used to generate power in Iraq in 2019 was imported from Iran.

Iran's state gas company said on Monday it had cut supplies over an outstanding balance of $6 billion. Iraqi authorities had paid back an "appreciable portion" of the debt, Ardakanian told state news agency IRNA.

Baghdad relies heavily on imports to fill its energy needs. Iraq’s daily energy consumption during peak winter hours reaches around 19,000 megawatts while the country only generates about 11,000 megawatts, Moussa said.

To combat its dependence on energy imports, Iraq has pushed for diversification and self-sufficiency. Last year, Iraq signed a deal to connect its power network with Gulf Cooperation Council states. The agreement included a 300-kilometer (about 186-mile) power line from Kuwait to Iraq’s southern port at al-Faw and would bring an additional 500 megawatts of power to Iraq. In July, the US State Department offered renewed support for the project.

Iraq’s self-sufficiency will largely rest on improved infrastructure and technology. Many of Iraq’s power plants were built in the 1970s and 1980s and lack proper gas collection and storage technology, leading to the country burning and wasting billions of cubic meters of natural gas each year.

In its own attempt to curtail Iranian influence in the region, Washington has encouraged Baghdad to become more self-sufficient. As part of a “maximum pressure” campaign against the regime, US sanctions forbid other countries from purchasing Iranian energy.

Due to a high reliance on Iranian imports, however, Iraq requested sanctions waivers from Washington every few months. The United States granted temporary exemptions to Baghdad, usually for 90 or 120 days, with the condition the country move toward self-sufficiency. The latest extension granted in November was only for 45 days, however, and ends days before US President Donald Trump’s term ends in January.