Many of the refineries in Iraq are outdated and operate below capacity. 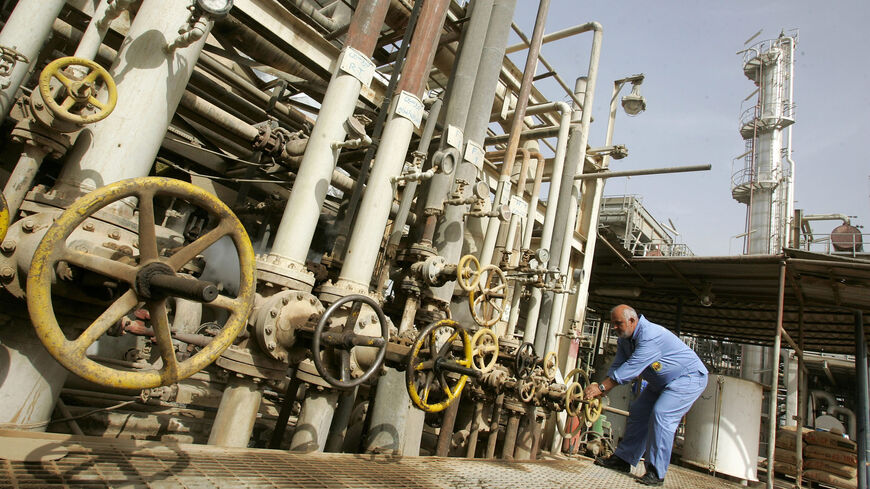 BAGHDAD - During a visit to the South Refineries Company Nov. 4, Iraq's new Oil Minister Hayan Abdel Ghani announced that his ministry's policy is to focus on increasing the refining capacity of the company to 350,000 barrels per day.

“The southern refineries are today one of the largest Iraqi refineries in terms of production and the large volume of work they do in meeting the needs of citizens and consumers of oil products," Abdel Ghani said. "Despite the challenges and economic and health crises that the country has faced in the past period, the workers in the south refineries were at the level of responsibility through their distinguished efforts to continue working and producing.”

Abdel Ghani emphasized that his ministry will continue supporting all southern refineries to meet the goals set for these refineries in order to reach the point that Iraq does no longer need to import oil.

Iraq’s refining sector is suffering from major problems as a result of its dilapidated condition and the lack of large investments. This resulted in the country — which is the second-largest oil producer of the OPEC+, producing 4.6 million barrels per day — to import most of its fuel needs.

Currently, half of the quantities produced by Iraq's refineries are fuel oils.

On Oct. 20, the Ministry of Oil conducted tests on units in the Karbala refinery in the hope that actual production would kick off in the first quarter of 2023.

Spokesperson for the Oil Ministry Assem Jihad told Al-Monitor, “The ministry is looking to develop the refining sector despite the security, health and financial challenges it faces. It has completed the Karbala refinery and is working on completing Al-Faw refinery while developing others.”

He said, “Iraq will stop importing 60% of its gasoline and diesel needs next year, and it will invest these funds in developing other sectors of the economy.” He noted that the Karbala refinery will provide raw materials for secondary industries.

The cost of establishing the refinery amounted to $6.5 billion over an area of ​​6 million square meters (1.5 million acres), with a refining capacity of 140,000 barrels per day, according to the refinery’s director Mohammad Fazza.

Fazza noted that the first operation phase will produce 85,000 barrels per day, while full capacity is expected in the second phase.

Baiji, the largest oil refinery in Iraq, was destroyed after the Islamic State took control of Salahuddin province, when it produced 300,000 barrels per day.

The Ministry of Oil has reactivated the refinery to work at half its capacity. While Iraq had planned to establish seven new refineries, with a total capacity of 1 million barrels per day, it failed to achieve this due to the weak investment environment. Iraq only managed to implement the Karbala refinery and sign a contract to establish Al-Faw refinery in Basra.

Iraqi energy expert Yasar al-Maliki told Al-Monitor that Iraq is suffering from high fuel prices in the global market, and while operating the Karbala refinery might reduce imports, it would not lead Iraq to self-sufficiency.

He stressed that the refining sector in Iraq is still weak due to the government’s economic policies, and that foreign investors cannot invest in the refining sector and establish a refinery worth billions of dollars at a time when the price of fuel is massively subsidized by the state.

The energy expert said that the government and the problems it faced — namely the drop in oil prices and the high spending volume due to the employment level — made the state primarily focused on securing employee salaries, instead of spending money on the refining sector.

Maliki said that Al-Faw refinery in Basra, which the Chinese CNCEC will execute, will solely be aimed at exporting oil.

He noted that the current refineries in Iraq are outdated and half of their production is of heavy fuel, while the production of gasoline and diesel is very weak.

For political reasons, investments in Iraq are witnessing a significant decline especially in the oil sector, as several foreign companies withdrew from the country and refrained from developing oil fields. Add to this the issue of bureaucracy, as a number of companies reached understandings but fell short of signing contracts to start executing their projects.

Oil expert Ihsan al-Attar told Al-Monitor that the Karbala refinery should have been completed within four years, but the delay is due to the fact that the Iraqi state lacked funding as a result of the drop in oil prices in 2014.

He noted that the Ministry of Oil proposed to Hyundai's Engineering and Construction business, which is executing the Karbala refinery, crude oil in exchange for money or to take out a loan from a Korean bank — but Hyundai refused.

He noted that the Karbala refinery does not produce motor oils but light fuels of very high quality, and is located on the pipeline extending from Basra to the Turkish port of Ceyhan.

Iraq’s current plan in the oil sector is to focus on investing the associated petroleum gas in order to operate power stations. Despite Iraq offering several investment opportunities in the refining sector — such as the Missan and Dhi Qar refineries, among others — it failed to attract investors, which infers that Iraq will keep importing fuel for the next 10 years.