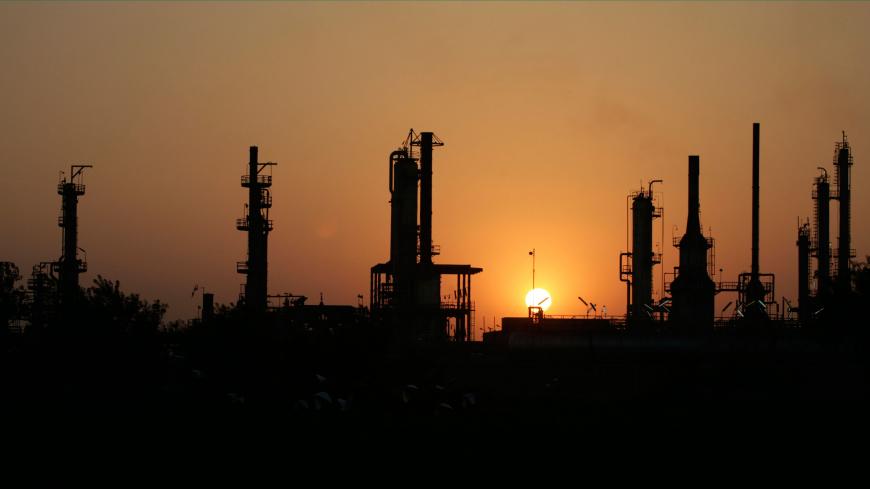 CAIRO — On June 30, Egypt’s Ministry of Petroleum signed a contract with the Suez Canal Authority for an $11 billion petrochemical project in the Suez Canal Economic Zone in Ain Sukhna. The project is set to become the largest petrochemical complex in the Middle East. This step comes in the framework of Egypt’s policy to expand its oil refining industry.

In November 2016, the Iraqi government signed a contract to supply Egypt with 12 million barrels of crude oil from Basra to be refined in Egypt. The contract was renewed in January.

Several local newspapers reported July 1 that Egypt is slated to receive the fourth shipment of Iraqi oil next week. It has been also reported that Iraq is not Cairo’s only source of crude oil, as the Ministry of Petroleum signed in December 2017 a contract with Saudi Aramco to supply Egypt with 500,000 barrels of Saudi crude oil to be transported to Egyptian refineries within six months. The deal was renewed June 19 for another six months and for the same number of barrels.

“The new complex aims to satisfy the domestic market’s petrochemical needs. The petrochemical industry includes gasoline, whose importation along with other fuel types such as diesel and mazut [low-quality heavy oil] costs the state about $800 million a month, which is $9.6 billion a year,” Petroleum Minister Tariq al-Mulla said in speech June 30 during the signing ceremony of the new petrochemical project.

Although Egypt has been refining Iraqi crude oil since 2016 and Saudi oil since 2017, fuel prices continue to rise. The government announced June 16 a 50% increase in some types of gasoline, the largest hike in comparison with those of 2017 and the first half of 2018.

“This huge increase in fuel prices this year does not suggest that the state’s expansion policy in the petrochemical industry is failing with no long-term positive impact on the local market. The policy would eventually result in maintaining the stability of the prices. This increase is the consequence of a major rise in fuel prices globally,” a source in the Ministry of Petroleum, who spoke on condition of anonymity, told Al-Monitor.

The source said the 8% drop in oil imports was not enough to reduce fuel prices at home, given the increase at the global level. Several economists, however, believe that this justification is unreasonable.

Wael Nahas, an economic adviser to several investment groups, told Al-Monitor, “Increasing fuel prices at home has nothing to do with the global rise in the price of fuel. Seventy percent of our oil consumption is produced locally [through the refineries] and is not linked to the global price increases. Since 2016, Aramco has been exporting to Egypt 30% of its needs in oil imports [2 million of the total 6.5 million tons], which will continue throughout 2021 with the same fuel prices of 2016. This is in addition to payment facilities over 15 years, as per the agreement signed by [Saudi] King Salman during his visit to Egypt in April 2016.”

Nahas continued, “This means that the global increase on fuel prices should not have had this big of an impact on the prices at home. I believe that the government increased the prices in response to the International Monetary Fund request to reduce subsidies even on domestically produced petroleum products and to sell them in accordance with international prices.”

“There is no doubt that expanding the oil refining industry is a major positive step for the country, especially since the oil sector is a strong driver for the development of any country. The domestic oil production will allow Egypt in the long run to become more independent in its political and economic decisions. In other words, oil-producing countries would not be able to place pressure on Cairo, as happened when Saudi Arabia ordered Aramco to stop exporting oil to Egypt from October 2016 until April 2017. The Saudi decision was to punish Egypt for voting in favor of a Security Council draft resolution on Syria, which Riyadh had rejected,” Nahas said.

However, Khaled al-Shafei, an economic adviser to several investment groups, told Al-Monitor, “It is very important for Egypt to increase its domestic oil production and cut down its oil imports. This, however, is not related to the increasing fuel prices. Abolishing subsidies on the local oil products will cause their prices to increase, which will help reduce the budget deficit.”

Shafei noted that boosting domestic oil production contributes to reducing the budget deficit, which would open the door for the state to improve spending and start major projects providing employment opportunities, such as the Ain Sukhna petrochemical complex, which is expected to create 48,000 jobs.

But he considered that the state will not be able to support the expansion of oil refineries at home or the new petrochemical complex while maintaining subsidies on fuel and other products. Shafei believes that fuel must be sold according to the global price so that refineries can make profits without putting pressure on state resources. Consequently, the state should be geared toward improving services, launching projects in record time and making huge investments to create jobs.