Egypt has hit its highest economic growth rate in a decade, but experts disagree about what it means for high prices in the country. 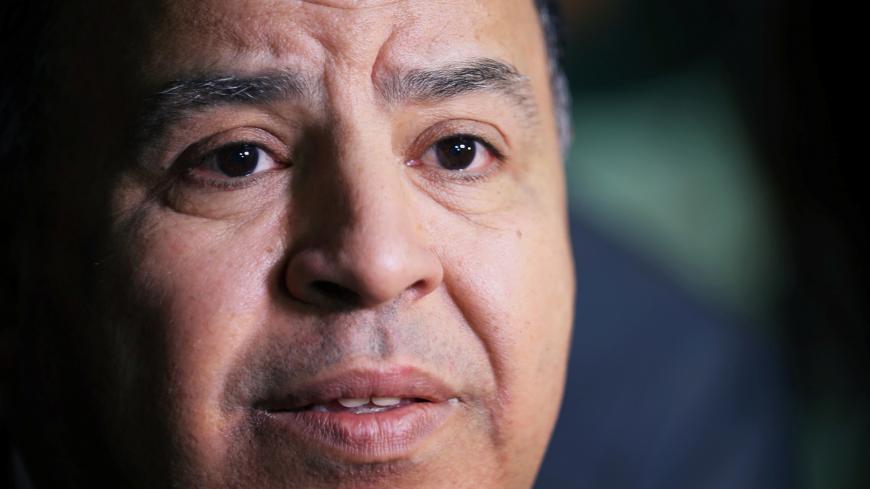 Finance Minister Mohamed Maait said at a press conference Aug. 5 that the government aims to hit 7% economic growth by 2022. The Egyptian government’s aspirations do not seem far-fetched, according to economists.

Reza Baqir, the International Monetary Fund's representative in Egypt, told Egypt’s Al-Shorouk News Aug. 5 that the IMF’s forecast for the Egyptian economy is the highest in North Africa, pointing out that the ongoing implementation of the economic reform program is likely to lead to a growth rate of 6% in the short term and reduce inflation and unemployment by 7% by 2022.

The economic reform program, adopted by the Egyptian government in November 2016 and run with IMF supervision and support, is intended to liberate the exchange rate of the Egyptian currency and reduce the budget deficit through a gradual reduction of subsidies and a gradual increase in taxes.

German economic newspaper Finanzen Nachrichten reported Aug. 5 that the growth rate in Egypt is expected to reach 8% in the next year.

Rashad Abdo, head of the Economic Research Forum, told Al-Monitor that since the decision to float the Egyptian pound in November 2016, the market has become more stable, allowing Egypt’s private sector to expand. Abdo said the liberalization of the pound and a new investment law encouraging investment in Egypt by reducing taxes on new projects and facilitating procedures has already led to a boom in the private sector, measured by stock prices.

“Floating the Egyptian pound and increasing the value of foreign currency attracted many foreign investors to Egypt who were reassured that their wealth in dollars will not be devalued against the pound. This is in addition to the investment law, which granted more facilities to the private sector, including exemption from taxes for projects lasting five years,” he said.

El-Fagr Newspaper reported Dec. 31, 2017, that the stock market rose by 21.66% compared to 2016, increasing the market capital of publicly traded companies.

Economist Hani Abul-Fotouh, who heads al-Raya Financial Advisors, told Al-Monitor that the rapid growth of the Egyptian economy is due to the discovery of great amounts of natural gas in several Egyptian sites such as the Zohr field, which attracted the interest of foreign private companies such as the Italian Eni, British Petroleum and Russian Rosneft.

Abul-Fotouh compared the rapid growth in Egypt to the Gulf states following the oil and natural gas discoveries in the 1960s and 1970s. He noted that Egypt's self-sufficiency in natural gas by the end of 2018 will be enough to reduce the trade balance deficit, pushing 6% growth, while the gas exports will push it further.

Meanwhile, Mustfa Abdel Baset, a professor of economics at Cairo University, told Al-Monitor that Egypt has not achieved the boom some believe it has because it is a rentier economy, dependent on the banking transactions and remittances of Egyptians abroad and on the Suez Canal. He explained that stable and sustainable growth can only be achieved by transforming Egypt's into a productive economy based on industry and agriculture.

Wael al-Nahas, a financial adviser to several investment institutions, concurs. He told Al-Monitor, “After the decision to liberate the Egyptian pound, any income or revenues Egypt has made in foreign currency, whether from exports, the Suez Canal revenues or any other foreign investments, would be the double in Egyptian pounds, but on another hand the liberation of the Egyptian currency is leading to sharp prices for the government and the citizens.”

Although Abdel Baset and Nahas firmly believe that Egypt has not seen a real growth boom, they believe that the country is able to achieve economic growth by boosting the tourism sector and restoring it to its level prior to the Russian plane crash in Sinai in October 2015. The incident led many countries to stop flying to Sharm el-Sheikh. Nahas added that the manufacturing industry must also play a vital role in creating national alternatives for imported goods and boosting the economy.