Egypt is expecting a new rise of prices due to the IMF loan requirements, while the country has not yet recovered from the aftermath of the economic decisions taken in November 2016. 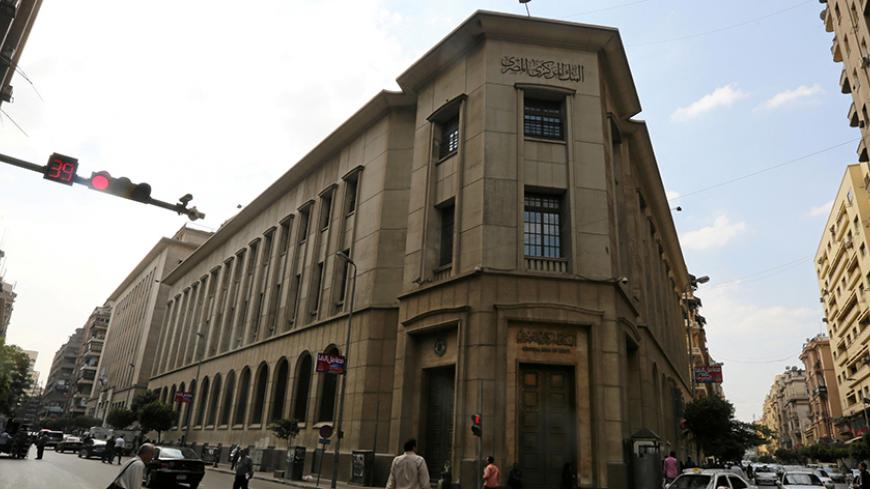 CAIRO — Speaking on Egyptian television channel CBC on May 17, Chris Jarvis, the International Monetary Fund (IMF) Mission Chief for Egypt, said Cairo is expected to receive $1.25 billion within a few weeks as the second tranche of an IMF loan granted in 2016.

Jarvis said the Egyptian government should bring inflation down, stressing the IMF's optimism with Egypt's efforts to completely lift subsidies on energy products within three years.

Jarvis had announced an agreement with the Egyptian government Aug. 11, 2016, allowing Cairo to receive a three-year Extended Fund Facility (EFF) in the amount of $12 billion to support the government's economic reform program.

In order to obtain the loan, Egypt was forced to adhere to an economic program, the first step of which was to float the exchange rate and devalue the pound against the US dollar while lifting subsidies on petroleum fuels. These decisions were adopted Nov. 3. On Nov. 11, the Central Bank of Egypt received from the IMF $2.75 billion, representing the first tranche of the $12 billion IMF loan to Egypt.

These decisions led to a high inflation rate, which reached 31.5% in April. The IMF loan was not the only loan Egypt sought. The country also concluded a $3 billion loan agreement with the World Bank, and the Egyptian government received the second tranche of that loan in March 2017.

In addition to loans from international institutions, Egypt's parliament approved May 3 the third compensatory loan of about $332 million between its government and the Arab Monetary Fund. The loan aims to support Egypt's balance of payments deficit resulting from the sharp decline in tourism revenues.

The question, however, is whether Egypt can pay off all its external debts.

Economist Wael al-Nahas says Egypt's debt policy would lead to its "doom." Nahas told Al-Monitor, "Egypt is suffering from complex economic problems with a very high rate of inflation, while at the same time the state is exhausting its dollar reserves and exploiting private investments to finance projects such as the new administrative capital."

Nahas believes the crisis is not only about indebtedness but also about the state's inclination toward implementing projects that are not of major significance. "The government ought to invest in the fields of education and health and restart the factories that had been out of service due to the crippling economic crises," he said.

"It was a mistake to resort to the IMF in the first place," he added, noting that the public debt reached 3.5 trillion Egyptian pounds (about $168.2 billion) in three years, which is a large figure.

"Starting July 1 — the start of the new fiscal year 2017-2018 — the country will witness yet another sharp price rise as a result of the IMF loan requirements, including cutting fuel subsidies," Nahas said, noting that the government's approach to the economic crisis is completely wrong.

According to IMF requirements, Egypt should cut energy subsidies to 1.75% of gross domestic product this year and subsequently to less than 0.5%. Egypt should also prepare an action plan to restore financial stability to the Egyptian General Petroleum Corporation (EGPC) — which is battling billions of dollars of debts to foreign petroleum companies — increase social spending by at least 25 billion pounds and impose a stamp duty on stock exchange transactions.

Hisham Ibrahim, professor of finance and investment at Cairo University, believes the Egyptian government should learn from its previous experience on the disbursement of the first tranche of the IMF loan.

"The inflation rate has risen significantly and banks are raising their interest rates, which will lead to a halt of production," Ibrahim said, wondering what would encourage investors to invest their money when banks offer an interest rate up to 20% on savings in Egyptian pounds.

He added, "The problem is not the borrowing policy. Borrowing is necessary because of the budget deficit, and there is no other alternative. The real problem is the economic growth ratio that Egypt expects to reach 4% in the current fiscal year. When the economic growth rate soars there will be no need to worry about debts as the profits generated from this growth would pay these debts. When it comes to attracting investments, the government has gone off track due to the surge of interest rates. This would push investors to deposit their funds at banks and thus bring production to a halt."

Ibrahim asserted that increasing electricity prices and reducing oil subsidies were not enough for the government to increase its revenues, adding that the government will keep reducing subsidies, which would have substantial social implications in light of the acute rise in prices.

Ibrahim added, "Despite the deterioration of the economic situation, hope remains. After the [oil and gas] discoveries in the Mediterranean, mainly the Zohr field, the [energy] sector could boost the Egyptian national economy."

He continued, "The reform process must end quickly. This is our only hope since the longer this reform takes the higher prices will get. This will anger the society. The solution is to curb the inflation rate and lower interest rates."

How will the lives of Egyptians be better in light of an economy crippled by debts?

Despite the difficult economic decisions taken by the government in November, Egyptian citizens have yet to feel any improvement in their living conditions. They are, however, to face another blow with the new rise in prices and the ensuing inflation hike because of the expected cut of subsidies with the start of the new fiscal year that starts July 1.