An Egyptian government advertising campaign paves the way for a fuel price increase for the fifth time since President Abdel Fattah al-Sisi took power — but is this in the citizens’ best interest? 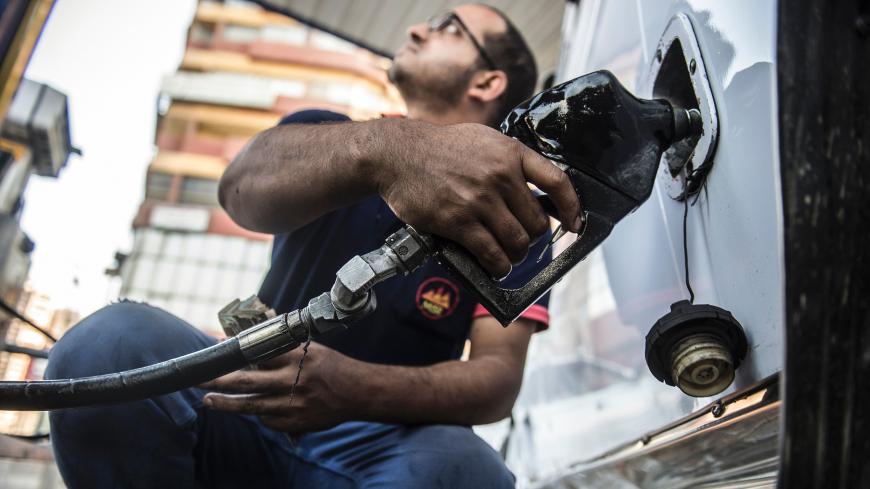 CAIRO — The Egyptian government announced July 5 an increase ranging between 16% and 30% of the price of fuel and petroleum products. This is the fifth increase in fuel prices since 2014, as part of what the government calls reforming the energy subsidies system.

Egypt has been lifting fuel subsidies to meet the conditions set by the International Monetary Fund (IMF), which agreed to grant Egypt a three-year $12 billion loan facility on Nov. 11, 2016. These conditions mostly include the introduction of value-added tax (VAT), the devaluation of the Egyptian currency and lifting government fuel subsidies.

Salwa al-Antari, economic expert and head of the Economic Committee of the Egyptian Socialist Party, noted that the recent increase in prices of fuel and other oil derivatives is the result of Egypt meeting the IMF's conditions of lifting energy subsidies as a prelude for disbursing the sixth tranche of the $12 billion loan.

She told Al-Monitor, “Higher fuel prices will entail higher prices of goods, because the cost of transporting goods to and from wholesalers and retailers will increase.”

On March 30, the Egyptian government had increased salaries and pensions to help citizens cope with the high cost of living. Antari argued, however, that this increase would not be very helpful for citizens paying expenses higher than the increases they received. “The decision to float the Egyptian pound against the dollar issued on Nov. 3, 2016, has harmed citizens, especially since Egypt is an importing country more than it is a producing country. The flotation decision has produced a substantial increase in prices,” she noted.

Antari added, “Increasing prices of petroleum products and lifting subsidies on all sources of energy, as well as the application of the VAT, have shrunk citizens’ incomes. The increases in salaries and pensions were not commensurate with the price increases and imposed taxes.”

Meanwhile, the government launched July 1 a large advertising campaign on several satellite channels to pave the way for a price increase of fuel and petroleum products. The government emphasized that the increases are aimed to rationalize subsidies rather than lifting them and that this is in the citizen’s best interest.

Economist Wael al-Nahas said the campaign sought to clarify several ideas to the citizens. He told Al-Monitor, “The campaign claimed the Egyptian state will save large sums of up to 37 billion Egyptian pounds [$2.23 billion]. These amounts will be allocated to the health and education sectors. In 2019, the education budget allocation stood at 134 billion pounds [$8 billion] while the health budget allocations reached 124 billion pounds [$7.47 billion].”

He added, “The state may fill its budget deficit by curbing its borrowing. Its borrowing expansion caused the interest on debts to soar up to 540 billion pounds [$32.55 billion]. The state ought to improve its tax regulation. It could impose progressive taxes on the higher income brackets instead of lifting subsidies on energy, which affects the largest and most vulnerable segment of the population.”

For Nahas, this propaganda campaign was marred by many fallacies. “The campaign claimed the increase of petroleum prices would burden those who own luxury cars without affecting the poor or low-income classes. However, the majority of citizens use public transportation, whose tariffs increased due to the hike in fuel prices.”

Nahas attributed the citizens’ silence and inaction regarding the new increases to a fear of the security forces' brutality. This happened when the Egyptian government decided on May 11, 2018, to increase the price of metro tickets to 7 pounds ($0.42). “Protests were staged but the police treated protesters violently. On May 13, 2018, police forces arrested 22 people at several metro stations. This intimated citizens into dispersing the protests,” he noted.

He said that the propaganda campaign was not limited to the government ads on satellite TV channels, but included appearances of a number of prominent media figures who justified the government decision and clarified that subsidies still cover other sectors.

“Egyptian newspapers and websites published several reports and articles on how to rationalize gasoline consumption. Meanwhile, Egyptian media outlets did not criticize the increase and also suggested solutions to cope with it as if it was an undisputed fait accompli,” he concluded.