Egypt’s Follow-up Committee for the Automatic Pricing Mechanism for Petroleum Products recently issued its quarterly decision on the trajectory of domestic fuel prices. 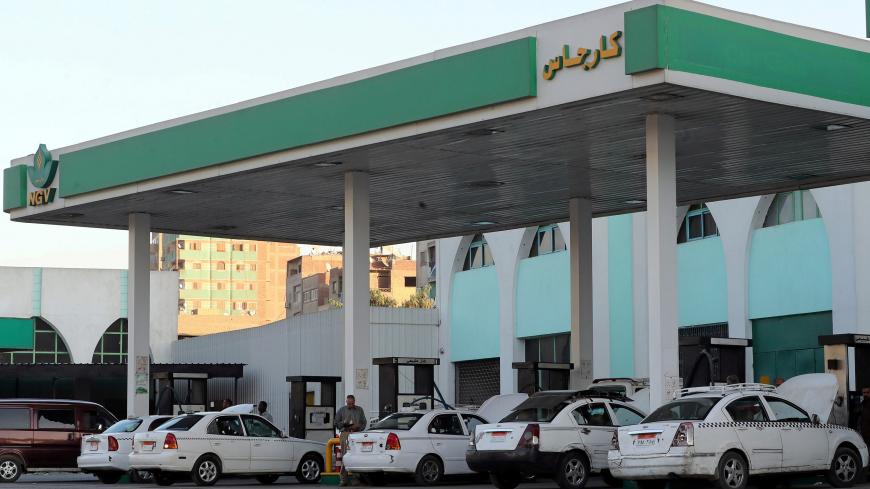 Egyptians can rest assured for the next month and a half that their pocketbooks are safe from major shocks in the price of gas. Egyptian Ministry of Petroleum and Mineral Resources issued an official statement earlier this month announcing that fuel prices would remain at their current levels until March.

Mohamed Shuaib, CEO of the East Gas Company, told Al-Monitor that the decision had been arrived at Jan. 2 during the third meeting of the Follow-up Committee for the Automatic Pricing Mechanism for Petroleum Products as required by the International Monetary Fund (IMF) to obtain assistance.

At the second meeting of the committee, held Oct. 3 of last year, committee members had lowered the per liter price of all three types of gasoline by 0.25 Egyptian pounds (25 piasters, or between one and two cents), among other petroleum products, such as fuel oil and diesel, effective the following day.

The government established the follow-up committee in January 2019, appointing representatives from the Ministry of Petroleum and Mineral Resources, the Ministry of Finance and the Egyptian General Petroleum Corporation. Shuaib, a committee member, said that initially, the role of the committee had been to set fuel prices on a quarterly basis by linking the price of 95 octane fuel on the local market to the global price of Brent oil, converted into the pound equivalent against the dollar. In July 2019 the committee was given responsibility for adjusting prices for all types of fuel, not just 95 octane fuel, with a cap of 10% on increases and decreases.

Mohamed Negm, an economic researcher at the Al-Ahram Center for Political and Strategic Studies, told Al-Monitor that the automatic pricing mechanism is not specific to Egypt. According to Negm, the committee had been expected to increase prices after Aramco's oil facilities in Saudi Arabia were struck in a drone attack on Sept. 16, but it ultimately decided otherwise due to a lowered exchange rate against the dollar, at 16 pounds to the dollar, compared to 18 pounds previously, which helped offset the increase in oil prices. After the attack, Brent crude futures had soared as much as 19.5%, to $71.95 per barrel, their biggest jump since 1991.

Abdel Khalek Farouk, an economist and director of the Nile Center for Economic and Strategic Studies, told Al-Monitor that the automatic pricing mechanism for petroleum products had been implemented in response to IMF conditions on Egypt receiving the fifth and sixth tranches of a $12 billion loan.

Farouk remarked that the floating of the pound’s exchange rate and the lifting of fuel subsidies in accordance with the IMF loan program have greatly harmed Egyptians, leading to skyrocketing transportation prices that are eroding purchasing power.

He said the government would have been expected to reduce the prices of petroleum products after the exchange rate fell from 18 EGP to less than 16 EGP against the dollar. Farouk noted that transportation prices did not decrease despite the lowering of fuel prices in October as the decrease proved to be negligible.