Egypt's draft budget for fiscal year 2019/20 includes a 42% cut in fuel subsidies, raising concerns among drivers across the country. 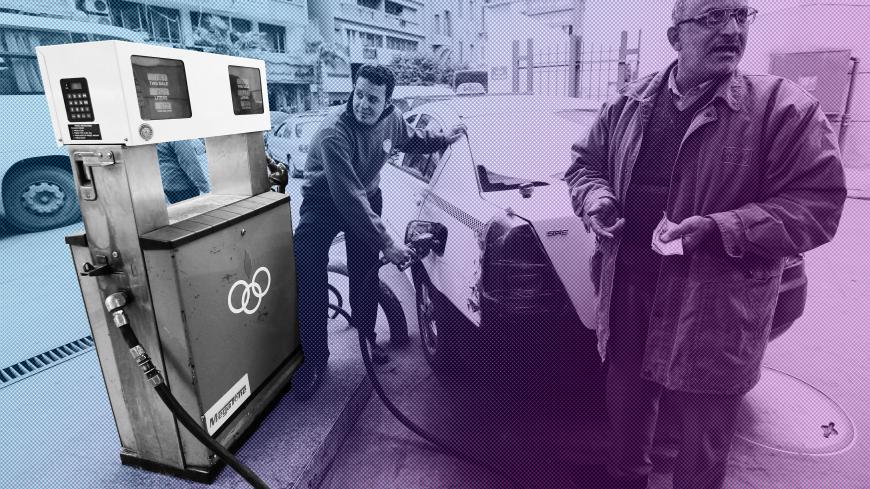 Egyptian Petroleum Minister Tarek el-Molla was quoted earlier in the year as saying that fuel subsidies would be completely lifted by 2020. The draft budget approved on March 27 by the Cabinet for fiscal year 2019/20, which begins July 1,calls for Prime Minister Moustafa Madbouly's government to cut fuel subsidies by around 42% to 52 billion Egyptian pounds ($2.94 billion), down from 89 billion pounds ($5.03 billion) in the current, 2018/19 budget.

“It is a big figure, but it is no surprise as the government announced subsidy cuts three years ago,” Rashad Abdo, head of the Egyptian Forum for Economic and Strategic Studies, told Al-Monitor. “It said it would gradually lift fuel subsidies within five years. This has been well known to all. This explains why Egyptians have not demonstrated like Jordanians and Tunisians. In Jordan and Tunisia, the governments took them by surprise.”

Protests erupted in Jordan in 2012 and 2018 and in Tunisia in 2018 following the announcement of increases in fuel prices and various services.

In January, Madbouly had formed a committee on automatic pricing of petroleum products comprised of representatives from the petroleum and finance ministries and the state-run Egyptian General Petroleum Corporation (EGPC). On March 31, the committee announced that it would keep the price of premium, 95 octane, gasoline, unchanged at 7.75 pounds ($0.45) per liter for three months from April 1 to June 30.

In October, Finance Minister Mohamed Maait told the Masrawy news portal that the government would apply a hedging mechanism against rising global oil prices at the “appropriate time,” but it is yet to do so. Hedging is the practice of being able to purchase oil in the future at an agreed upon price. It plays a major role in absorbing price shocks.

Oil prices significantly affect the state budget and inflation rate in Egypt, which is a net importer of crude and petrochemical products. Egypt imports around 42% of the 25 billion liters of 80-92 octane gasoline consumed annually, the Petroleum Ministry said in a June 2018 statement. Every one dollar increase in global oil prices costs the state budget 4 billion pounds ($225 million).

“Increases in gasoline and diesel prices stoke inflation in Egypt,” Abdo explained. “Prices of goods and services rise following an increase in fuel cost.” He also noted that increases in fuel prices create a domino effect, leading to increases in transport costs for producers and merchants, who in turn shift that burden on to consumers.

“President Abdel Fattah al-Sisi has raised Egypt’s minimum wage [on March 30] from 1,200 pounds [$69.32] to 2,000 pounds [$115.53] to mitigate the impact of price hikes,” Abdo said. “Moreover, the government should toughen control over the [transportation] sector. If the diesel and gasoline prices increase by a certain percentage, the authorities should make sure the new fares are set justly for all drivers nationwide.”

Abdo urged authorities to mint more small coins of 5, 10, 25 and 50 piasters (1 pounds equals 100 piasters). “Small coins should be abundant on the market for everyday public transportation to make things easier for taxi drivers and citizens,” he said.

Although the planned fuel subsidy cut is not surprising to economists, Egyptians are for obvious reasons less than enthusiastic about it.

“I won’t be happy about it,” Islam Khalifa, a microbus driver, told Al-Monitor. “For drivers, it’s not all about diesel or gasoline. There are spare parts, maintenance, motor oils and other expenses. Last year, the government raised the prices of diesel and gasoline. I had to increase fares to make ends meet.”

Microbuses and three-wheel tuk-tuks are the most popular means of transportation in Egypt for millions of people daily. Microbus fares differ nationwide and according to distance.

The General Petroleum Division of the Federation of Egyptian Chambers of Commerce estimates that tuk-tuks and motorbikes account for 55% of regular, 80 octane, gasoline consumed in Egypt. It is the cheapest fuel available.

Another driver, Nasser Salah, told Al-Monitor, “My tuk-tuk is 80 octane-powered. The average fare is around 3 pounds [$0.17]. Any increase in fuel prices would push me to raise it to 5 pounds [$0.29]. For a student or a public servant, that’s expensive.”

Overhearing Salah's comments, an anonymous passenger climbing into his tuk-tuk in Giza remarked with resignation, “I will pay anyway.”