Technip, a French company, has been awarded a major refining contract in Iraq. 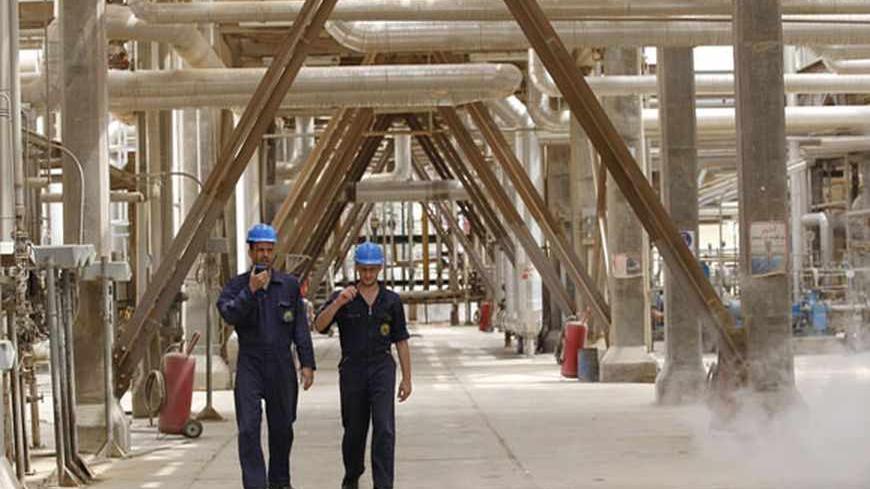 Technip, a French company specializing in the management of energy producing installations, received a “significant contract” in the second phase of the oil refinery project in the Iraqi province of Karbala, in what seems to be an actual manifestation of Iraq’s desire to rely on foreign investments in order to remedy the shortfall experienced by its refineries in satisfying domestic needs for petroleum derivatives.

Te chnip issued a statement in which it said that the Iraqi State Company for Oil Projects awarded it a “significant contract for project management consultancy services for the engineering, procurement and construction phase of the Karbala refinery.”

In a statement obtained by Al-Monitor, the French company characterized the contract as a “prize” awarded by Iraq, following the company’s execution of the Karbala refinery’s basic engineering design, which was initiated in 2010 and had an output goal of 150,000 barrels per day.

Technip describes itself as a world leader in project management, engineering and construction for the energy industry, employing more than 36,000 people working on projects in 48 countries around the world.

Iraq suffers from chronic shortages in oil derivatives resulting from its refineries' inability to satisfy local consumer needs, particularly for mineral oil and gasoline, which forces it to import these derivatives from neighboring countries, notably Iran.

In an interview with Al-Monitor, he said, “Iraq has three main refineries and 10 smaller ones, which produce around 800,000 barrels per day.” He emphasized that his country’s needs surpassed the output capacity of these refineries combined.

Nima added, “The exceptional circumstances experienced by the country disrupted its ability to develop its refineries; but the Oil Ministry was now intent on promoting this sector by maintaining and modernizing its existing installations, while working toward introducing new production units into service.”

According to MP Bayazid Hassan, who is a member of the Parliamentary Committee on Energy, “The only solution for the oil derivatives crisis in Iraq is to resort to investments aimed at building new refineries.” In an interview with Al-Monitor, Hassan said, “Iraq lacks the needed resources to build new refineries which would fill its needs for oil derivatives and fuel. The solution is therefore to invest in this sector.”

He added that the Iraqi parliament had adopted a law in 2006 that governed investments in the oil refinery sector; this was not enough to attract investors, and parliament, therefore, resorted to making a series of amendments to said law.

Furthermore, the flow of oil from Iraq to Turkey through the Kirkuk-Ceyhan pipeline ceased in May following repeated attacks by militants. This pipeline carries crude oil from Kirkuk in Iraq to the Turkish port of Ceyhan on the Mediterranean Sea.