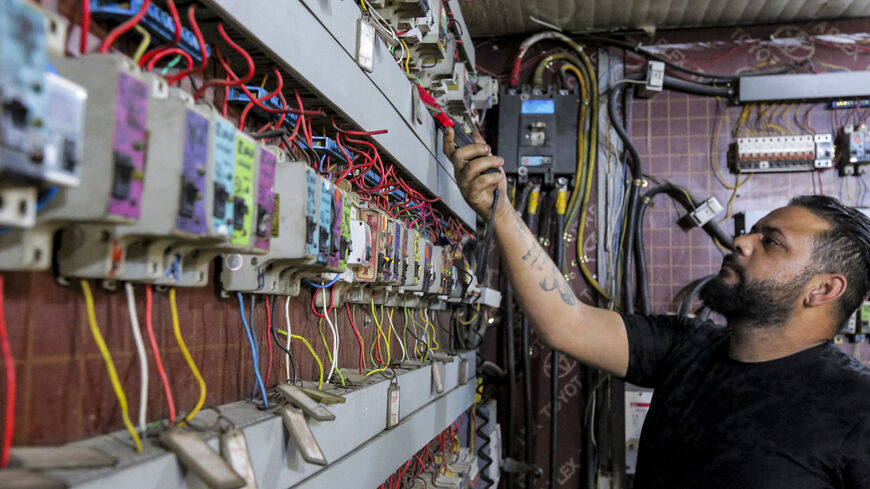 Iraqi Aqeel Hassan, one of the owners of private electric generators, is pictured on July 17, 2021, at his business in Baghdad's Sadr City. Iraq, the second-largest producer in the OPEC oil cartel, buys gas and power from neighboring Iran to supply about a third of its power sector. But Iran decided last month to cut crucial power supplies to its neighbor, saying the Iraqi Electricity Ministry owes it more than $6 billion in arrears. - SABAH ARAR/AFP via Getty Images

Iraq on June 10 paid debt owed to Iran for gas and electricity imports, according to the Islamic Republic News Agency (IRNA), transferring $1.6 billion to pay down debt acquired under the previous governments of prime ministers Haidar al-Abadi and Adel Abdul Mahdi.

Under the agreement between the two countries, Iran guaranteed access to 50 billion cubic meters of gas for the summer.  However, a high-ranking source from Iraq’s Electricity Ministry told Al-Monitor that Iran is only providing Iraq with 40 billion cubic meters, which is not a sufficient amount to meet Iraq's needs in the summer when temperatures can soar above 50 degrees Celsius (122 Fahrenheit).  Iran's gas industry has been handicapped as a result of a lack of investment due to US sanctions.

Iraq has meanwhile sought to develop and expand its energy production and partners.

On July 3, Iraqi Prime Minister Mustafa al-Kadhimi inaugurated the first Iraqi generator in Maysan province that uses only Iraqi gas from the fields in the province itself.

In his speech at the inauguration, Kadhimi emphasized the policy of diversifying Iraq electricity resources to reduce dependency on one side. This policy includes grid connection with the Gulf, Jordan, Egypt and Turkey. This is in addition to Iraq's main deal in 2021 of $27 billion with France's TotalEnergies to extract Iraqi gas that is currently mostly flaring.

Iraq has suffered from an electricity shortage for a long time due to previous governments' policies to depend only on gas-based generators. Iraq does not have enough gas for these generators. This is why it  has had to depend on imported gas from Iran.  The United States has exempted Iraq from the sanctions when dealing with Iranian gas imports, because of its energy needs.