For Palestine’s negotiations strategy to work, Gulf must be united

Reports about an end of the nearly four-year Gulf crisis pitting a Saudi-led bloc of nations against Qatar is a good omen for the Palestinians, who are seeking to restart the stalled Israeli-Palestinian negotiation process. 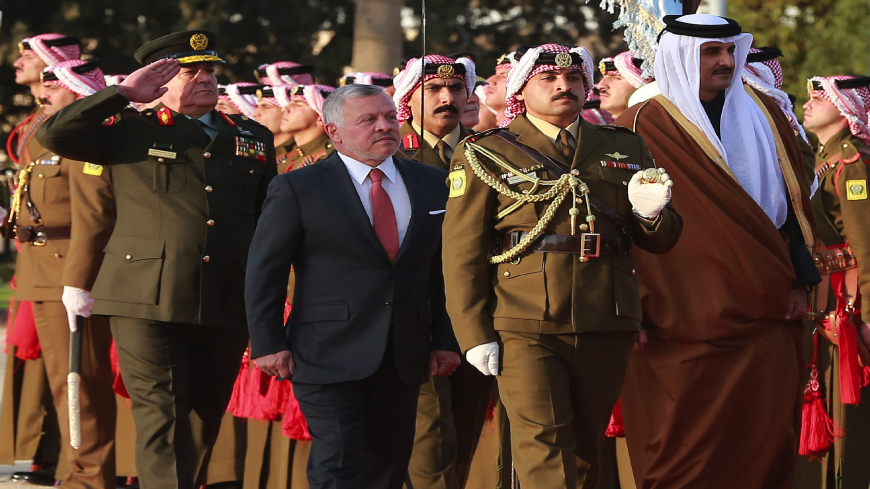 Regardless of whether the Donald Trump administration is credited with the Saudi-Qatari rapprochement, peace in the Gulf is a net gain for Palestine.

Sheikh — who has accompanied, along with Majid Faraj, the head of the Palestinian intelligence, Palestinian President Mahmoud Abbas, in meetings with Jordan’s King Abdullah II and Egypt’s President Abdel Fattah al-Sisi — has been taking the lead in reflecting Palestinian positions. Ever since the Palestinian leadership decided on Nov. 17 to retract its boycott of the Israelis, Hussein has been the main spokesman of issues related to Israel and negotiations.

But the support for Gulf reconciliation has many other advantages not directly connected with Arab-Israeli talks. A large number of Palestinians work in all Gulf countries, especially in Saudi Arabia and Qatar. Both Saudi Arabia and Qatar have been major donors of Palestine, and when the conflict between the two countries became public in 2017, pressure was exerted on the Palestinian leadership to take sides. It didn’t, but this decision was costly because it came in parallel to the economic pressures that were being brought on the Palestinian leadership by both the Trump administration and Israel.

Abbas, who has spent many years in Qatar and has family members living in this oil-and gas-rich Gulf country, was reluctant to take sides.

The Gulf diplomatic crisis began on June 5, 2017, when Saudi Arabia, the United Arab Emirates (UAE), Bahrain and Egypt severed diplomatic relations with Qatar and banned Qatar-registered airplanes and ships from utilizing their air space and sea routes, along with Saudi Arabia blocking Qatar’s only land crossing.

Qatar has since overcome the difficulties caused by this blockade with help from Turkey, Iran and other regional countries. With time, the blockade became counterproductive and the anti-Qatari positions started to thaw, especially by Egypt and Jordan, which had lowered the Qatari representation in Amman due to pressure from Riyadh.

The Gulf conflict has also been further weakened with the decision by the UAE and Bahrain to normalize relations with Israel and allow Israeli commercial planes to fly over their territory to reach Asian destinations. Riyadh’s continued ban on Qatari flights made the Saudis look bad while they were allowing the Israelis to fly over.

The Palestinian leadership is hopeful that the improvement of relations in the Gulf would dampen and curtail any further normalization of relations with Israel by Saudi Arabia and Oman, both of which have had secret talks with Israelis. Israel’s Prime Minister Benjamin Netanyahu reportedly met with Saudi Crown Prince Mohammed bin Salman in the Saudi city of Neom, but the Saudis publicly denied that such a meeting took place.

This line of thinking appeared to have received some traction this week when the former head of Saudi intelligence, Turki bin Faisal Al Saud, made a scathing attack against Israel at the Manama Dialogue forum held Dec. 6 in the presence of the Israeli foreign minister. Faisal described Israel as living different from its perception of being “peace-loving upholders of high moral principles” versus the reality of Palestinians living under a “Western colonizing” power.

He said that Israel has “incarcerated (Palestinians) in concentration camps under the flimsiest of security accusations — young and old, women and men, who are rotting there without recourse to justice. They are demolishing homes as they wish and they assassinate whomever they want.”

Faisal’s statement was a shock to many after another prince had slammed Palestinians. In an October interview with Al Arabiyah, Prince Bandar bin Sultan, the grandson of King Abdulaziz, launched an unprecedented attack against Palestinians, calling Palestinian leaders ungrateful “failures.”

For the Palestinian president who has been putting all his efforts on the negotiations track, the need for strong Arab backing and for that to materialize, the oil-rich Arab Gulf states must be united. Abbas’ effort to hold a successful peace conference in 2021 will depend in large part on a united Gulf Cooperation Council and a strong Arab League.