A new page in Israeli-Saudi relations? Not so fast

With US President Donald Trump soon out of the picture, the Saudis prefer to take things slow with Israel, and await the new Biden administration. 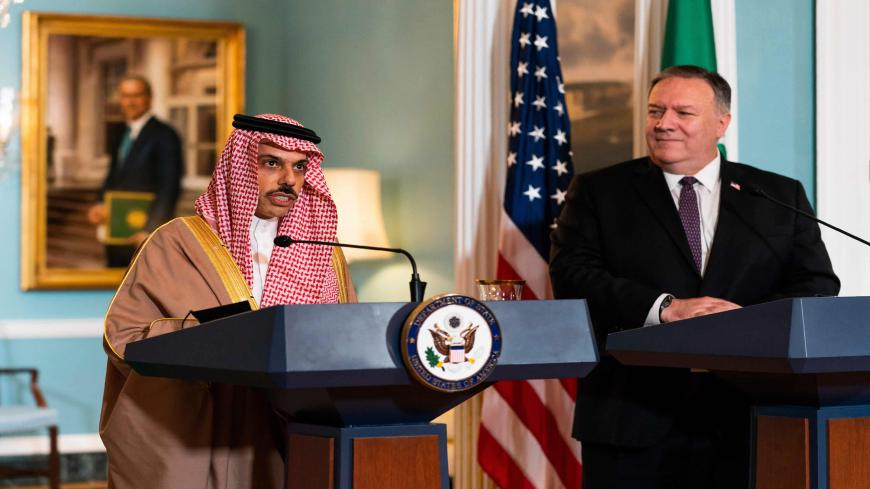 What's going on between Israel and Saudi Arabia? The recent ups and downs in relations between these two regional powers are even more dizzying and surprising than President Donald Trump’s mood swings. On Oct. 6, Prince Bandar bin Sultan, Saudi Arabia’s veteran former ambassador to the United States, issued an unusual broadside against the Palestinians, perceived in Jerusalem as a further step in Riyadh’s gradual rapprochement with Israel.

“What I heard from Palestinian leadership in recent days was truly painful to hear,” Bandar told Saudi Al-Arabiya TV, referring to the Palestinian condemnation of Israel’s normalization agreements with the Emirates and Bahrain. “Their transgression against the Gulf states' leadership with this reprehensible discourse is entirely unacceptable. … It is not surprising to see how quick these leaders are to use terms like 'treason,' 'betrayal' and 'backstabbing,' because these are their ways in dealing with each other.” In the lengthy interview, as transcribed by Al-Arabiya, the royal went on to say that the Palestinian cause has been “robbed… both by Israel and Palestinian leaders equally. … The Palestinian cause is a just cause, but its advocates are failures. … Successive Palestinian leaders … always bet on the losing side, and that comes at a price.”

Israeli officials rubbed their hands in glee. Even Prime Minister Benjamin Netanyahu could not have phrased it better. However, exactly two months later, another influential Saudi royal dumped ice water on the winds of normalization blowing between Jerusalem and Riyadh. In a Dec. 5 CNN interview, the former longtime head of Saudi intelligence, Prince Turki al-Faisal, denied widespread reports of Netanyahu’s secret meeting last month with Crown Prince Mohammed bin Salman. "The Saudi foreign minister … completely denied the allegations. … I believe that the kingdom's credibility is highly estimated more than the allegations made by someone like Netanyahu, who is accused in his country of lying to the Israeli people, so how can they believe a liar?”

Asked about normalization with Israel, he said, "There is no preparation of such kind. … The Palestinian cause is the kingdom's priority and the kingdom is committed to the Arab Peace Initiative."

Even as stunned officials in Jerusalem were trying to understand what had prompted the fiery attack, Faisal launched another broadside at Israel during the Dec. 6 Manama Dialogue regional security conference. The conference was also attended online by Israeli Foreign Minister Gabi Ashkenazi and by former Israeli Foreign Ministry Director General Dore Gold, a Netanyahu associate.

Addressing the event, Faisal rejected Israel’s contention that it protects human rights and is the only democracy in the Middle East. Israel, he said, “humbly depicts itself as a small, existentially threatened country, surrounded by bloodthirsty killers who want to eradicate her from existence” when, in fact, it has “incarcerated [Palestinians] in concentration camps under the flimsiest of security accusations — young and old, women and men, who are rotting there without recourse to justice. They are demolishing homes as they wish and they assassinate whomever they want.” He called Israel “the last of the Western colonizing powers of the Middle East."

After Gold spoke, Faisal addressed him directly. He said that Gold was the last person who could talk about past attitudes given his 2003 book “Hatred’s Kingdom” on Saudi sponsorship of terrorism, accusing Gold of having “denigrated the king and used the vilest descriptions.”

“We are witnessing an internal struggle within the kingdom,” a senior Israeli source deeply involved in contacts between the sides told Al-Monitor on condition of anonymity. “There’s the MBS [Prince Mohammed] camp that is flirting with the idea of normalization with Israel and conducting close ties with Netanyahu and his people. Bandar bin Sultan is part of this group. On the other side is the king himself and the veteran establishment, the old guard, which includes radical clerics who regard normalization with Israel as a necessary evil but one whose time has not come.”

According to the source, these two camps were evenly matched until recently, allowing Mohammed room to maneuver vis-a-vis Israel. “Make no mistake, the Bahrainis would not have gone ahead with Israel without coordinating with Mohammed bin Salman,” the source said. “But then Netanyahu flew to Saudi Arabia.”

According to several Israeli sources, the leaked reports of Netanyahu’s Nov. 22 meeting in Saudi Arabia with Mohammed in the presence of US Secretary of State Mike Pompeo prompted fury in Riyadh, which had until then been willing to continue with its double game vis-a-vis Israel. The leak forced Mohammed to take a few steps back, making room for the radicals to move forward. The 2002 Arab Peace Initiative, initially known as the Saudi Peace Initiative, was restored to center stage, the long-dormant Palestinian issue was resuscitated, and the Saudis are careful to deny the meeting with Netanyahu in order to intensify his humiliation.

Netanyahu’s people have also abandoned their initial celebrations of the historic meeting in Saudi Arabia. When asked about it this week in an interview with Kan Radio, Israel’s public broadcaster, Gold played dumb and said he was not familiar with such an event.

Israeli officials are aware of the heavy price Israel is paying for Netanyahu’s reckless leak of the clandestine meeting, which appears to set aside the national interest in the service of his personal one. Nonetheless, the pressure gauge in Jerusalem is not registering unusual activity. “The basic conditions remain the same,” a Netanyahu confidant told Al-Monitor on condition of anonymity. “The Saudis are the same Saudis, the Iranians are the same Iranians and Israel is still the preferred power in the Middle East. They [the Saudis] apparently prefer to play it cool and wait for [President-elect Joe] Biden. That is understandable.”

Israel is busy, meanwhile, trying to intensify pressure on the outgoing Trump administration in order to solidify its gains. Sudan has threatened to revoke its normalization move with Israel unless the United States removes it from the list of states sponsoring terrorism, while pro-Israel senators are demanding congressional approval of the US sale of F-35 fighters to the Emirates in order to ascertain that the deal does not undermine Israel’s military edge in the region. Even Netanyahu’s man in Washington, Israeli Ambassador Ron Dermer, was forced to step up and declare Dec. 7 that Israel has no problem with the Stealth deal. Israel’s overriding concern is a possible US return to the nuclear agreement with Iran by the Biden administration.

All sides are thus busy preparing for the new US administration. The deck will soon be reshuffled, but meanwhile not much is known about Biden’s plans for the region. As the Jan. 20 inauguration draws nearer, the pressure level in many Middle Eastern capitals will likely rise. Netanyahu’s Golden Age in Washington is about to expire. Even if Biden turns out to differ from President Barack Obama in terms of Middle East policy, no one doubts that he will not be Trump. 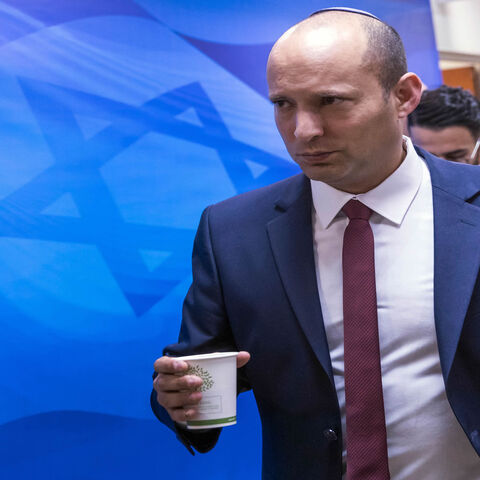