The Takeaway: Israel would prefer Assad rely on Gulf, not Iran

Israeli scholar Micky Aharonson says Israel can live with Assad, if Assad can live without Iran; Amberin Zaman gets the scoop, again, on Turkey-Israel ties; should we forget about Israel-Saudi normalization for now? 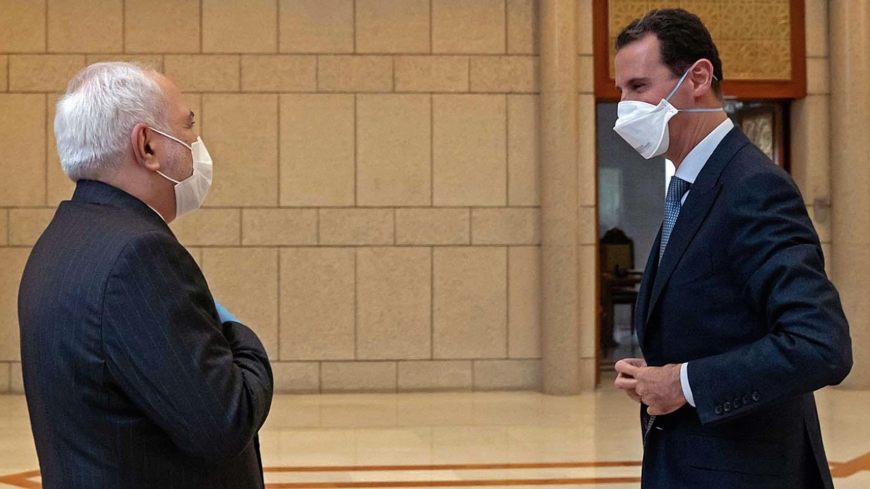 A Gulf channel to Syria? Israel could support diplomacy by Arab Gulf states to reconnect with Syrian President Bashar al-Assad, if those efforts wean Assad off of dependence on Iran, says former Israeli national security official Micky Aharonson in the latest On the Middle East podcast.

While it is difficult to envision Iran leaving Syria, Aharonson says that boxing in Assad with sanctions and closing down diplomatic channels, as the Trump administration has done, presents no alternative path to checking Iran’s influence with Damascus. If there were an option for Syria to normalize ties with friendly Arab states, says Aharonson, Syria might act in a way more conducive to US and Israeli interests.

“Israeli interest is to have Iran as far away from its borders as possible. … I don’t think we are privileged enough to discuss moral issues when we have Iranian military equipment directed against us on our borders.”

Our take: Israel’s possible interest in a diplomatic option, or channel, via the Arab Gulf states may become another item on the agenda for Israel and its Arab partners, as well an item as the incoming Biden administration assesses its approach to Iran and Syria.

Read more: George Mikhail has the story here on Cairo’s efforts to mobilize Arab and Gulf support for diplomacy with Syria.

Turkey: Erdogan looks to build bridge to Israel to score points with Biden

Scoop: "Turkey has appointed a new ambassador to Israel in line with efforts to normalize relations with the Jewish state and score brownie points with the incoming administration of US President-elect Joe Biden," writes Amberin Zaman.

US-Turkey relations have been in a bad way for the past four years, as Turkish President Recep Tayyip Erdogan has taken up the Palestinian cause, including hosting Hamas officials.

"Very polished": "The new ambassador, Ufuk Ulutas, 40, is chairman for the Center for Strategic Research at the Turkish Foreign Ministry and a political appointee who studied Hebrew and Middle Eastern politics at the Hebrew University in Jerusalem. He also worked as director of the SETA foundation, a pro-government think tank, and has written numerous papers on Middle East policy and Jewish history. Ulutas is also an expert on Iran. Sources familiar with Ulutas described him as something of a wunderkind — 'very polished,' 'very clever' and 'very pro-Palestinian,'" reports Zaman.

The take: "For all of Erdogan’s posturing,” writes Zaman, "Turkey finds itself increasingly isolated and economically squeezed. With US and EU sanctions looming, it’s been trying to patch up relations with Washington and the European Union even as it continues to engage in the same behavior — locking up critics, flirting with Russia and flexing its muscles in the eastern Mediterranean — that draws Western ire."

Ice water: Saudi Prince Turki Al Faisal on Dec. 6 slammed Israel’s treatment of the Palestinians on a panel with Israeli Foreign Minister Gabi Ashkenazi at the IISS Manama Dialogue, less than three weeks after the leak of a meeting (denied by the Saudis) between Israeli Prime Minister Benjamin Netanyahu, Saudi Crown Prince Mohammad bin Salman (also known as MBS), and US Secretary of State Mike Pompeo in the kingdom.

If the alleged meeting had signaled a new pace to Israel-Saudi normalization, the leak, and the fallout, have brought such progress to a halt.

Setback: According to Israeli sources interviewed by Ben Caspit, the leak "prompted fury in Riyadh, which had until then been willing to continue with its double game vis-a-vis Israel. The leak forced Mohammed to take a few steps back. … The 2002 Arab Peace Initiative, initially known as the Saudi Peace Initiative, was restored to center stage, the long-dormant Palestinian issue was resuscitated, and the Saudis are careful to deny the meeting with Netanyahu in order to intensify his humiliation."

The last time many Westerners saw images of Mosul’s museums back in 2014, their treasures were being ransacked by Islamic State terrorists. The museums are now coming back to life, rebuilding what remains of their collections, and making a statement for the rich cultural resiliency of Mosul.

Joe Snell has the report here.

In case you missed it: UAE, Israel normalization, Iran

On Dec. 9, Ben Caspit and I virtually hosted a live zoom event with the UAE assistant minister for culture and public diplomacy, Omar Ghobash, and the Israeli Foreign Ministry director general, Alon Ushpiz.

Both men were upbeat about relations with the incoming Biden administration, and discussed Iran and the prospects for Israeli-Palestinian diplomacy.

On the prospects for Israeli-Palestinian talks and a possible regional conference next year, Ghobash says, “We’re not against any process that puts peace back on the table. We’d welcome it and support it.”

Usphiz says, “There is no substitute for direct, bilateral, without preconditions negotiations” between Israel and the Palestinians.

You can read Adam Lucente’s report of the conference here. And check out the video recording of the event. 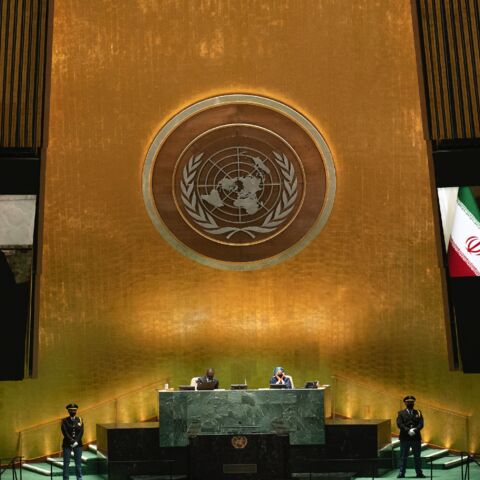