There has been no ambassador in either country since May 2018, when Ankara withdrew its envoy over escalating attacks on Palestinians in Gaza and Washington's decision to relocate its embassy to Jerusalem. 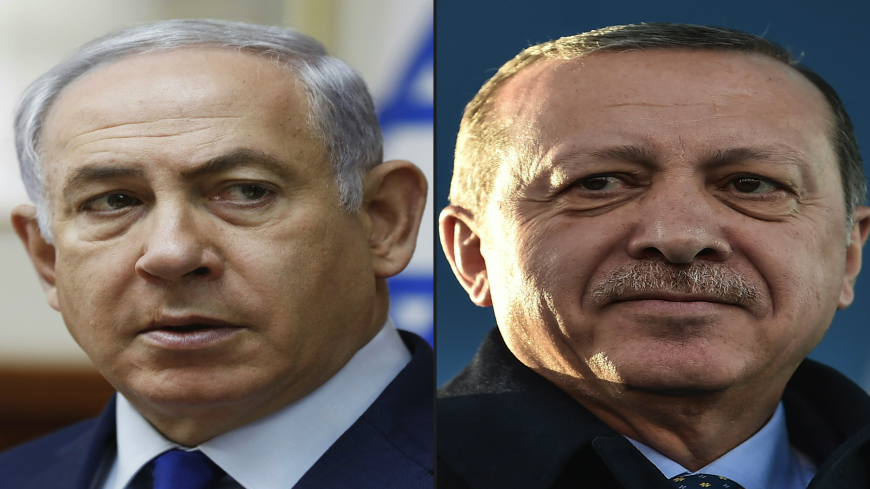 Turkey has selected a new ambassador to Israel in line with efforts to normalize relations with the Jewish state and score brownie points with the incoming administration of US President-elect Joe Biden, several well placed sources have told Al-Monitor. The new ambassador, Ufuk Ulutas, 40, is chairman for the Center for Strategic Research at the Turkish Foreign Ministry and a political appointee who studied Hebrew and Middle Eastern politics at the Hebrew University in Jerusalem. He also worked as director of the SETA foundation, a pro-government think tank, and written numerous papers on the Middle East policy and Jewish history. Ulutas is also an expert on Iran. Sources familiar with Ulutas described him as something of a wunderkind — “very polished,” “very clever” and “very pro-Palestinian.”

There has been no ambassador in either country since May 2018, when Turkey asked the Israeli ambassador to “take leave” over escalating attacks against Palestinians in Gaza and the Donald Trump administration’s decision to move the US Embassy to Jerusalem. Turkish President Recep Tayyip Erdogan has fashioned himself as a standard bearer of Palestinian rights in the Muslim world, and once booming relations between Turkey and Israel have steadily deteriorated since his Justice and Development Party (AKP) rose to power in 2002.

For all of Erdogan’s posturing, Turkey finds itself increasingly isolated and economically squeezed. With US and EU sanctions looming, it’s been trying to patch up relations with Washington and the European Union even as it continues to engage in the same behavior — locking up critics, flirting with Russia and flexing its muscles in the eastern Mediterranean — that draws Western ire.

One of the ways of making nice with Washington, or so Ankara’s thinking goes, is to be perceived as on good terms with Israel. And as Al-Monitor first reported on Nov. 30, Turkey’s spy chief Hakan Fidan held secret talks with Israeli officials and the idea of restoring ties to the ambassadorial level was reportedly floated.

Ulutas’ nomination coincided with a routine rotation of Turkish ambassadors. His name did not appear on the final list, seen by Al-Monitor, which includes new appointees for Washington and the UN mission in New York.

Turkey appointed Murat Mercan, a founding member of the AKP and currently ambassador in Tokyo, to be US ambassador. Meanwhile deputy foreign minister Sedat Onal will become UN ambassador in New York. Ulutas' appointment has yet to be formally announced.

This marks the first time, however, that Turkey would be sending a non-career diplomat to Israel, a post that has been traditionally reserved for its best and brightest envoys such as Namik Tan, a former ambassador to Washington. It’s also unclear whether Israel will send an ambassador to Ankara anytime soon.

It’s highly unlikely for several reasons. First, Israel is busy cultivating its new Gulf allies, notably the United Arab Emirates, which is deeply hostile to Turkey. Israel will not want to rock the boat until it has formally established diplomatic ties with Abu Dhabi. Israel is also heading for new elections and Prime Minister Benjamin Netanyahu has no interest in providing his opponents with fodder by rewarding Erdogan.

Hostility to Turkey used to be the reserve of liberals who pushed for recognition of the 1915 Armenian Genocide by Ottoman Turkish forces. But 18 years of AKP rule — and Israel bashing — have radically shifted the national mood. Even the Israeli Foreign Ministry, where Ankara used to be seen as a career-boosting post, has turned sour on Turkey.

Finally, Israel is infuriated by Erdogan’s continued support for Hamas and the Muslim Brotherhood writ large. Israeli sources contend that Hamas has plotted attacks on Israel from Istanbul and that Turkey has granted citizenship to at least 12 senior members of Palestinian group that Israel calls a terrorist organization.

Naming Ulutas, an overtly pro-AKP figure no matter how gifted, rather than a top career diplomat was probably not the wisest choice in such circumstances. It’s not even clear whether he will actually go to Tel Aviv, unless Israel appoints an ambassador to Ankara. But should he do so, Israelis will be watching closely to see whether he meets with Raed Saleh, the head of the outlawed northern branch of the Islamic movement in Israel, as did the previous Turkish ambassador to Israel, Kemal Okem. Israeli officialdom was not amused.