A recent meeting between Qatar's foreign minister and Algeria's prime minister highlights Algiers' unique strategy in the wake of the GCC-Qatar rift. 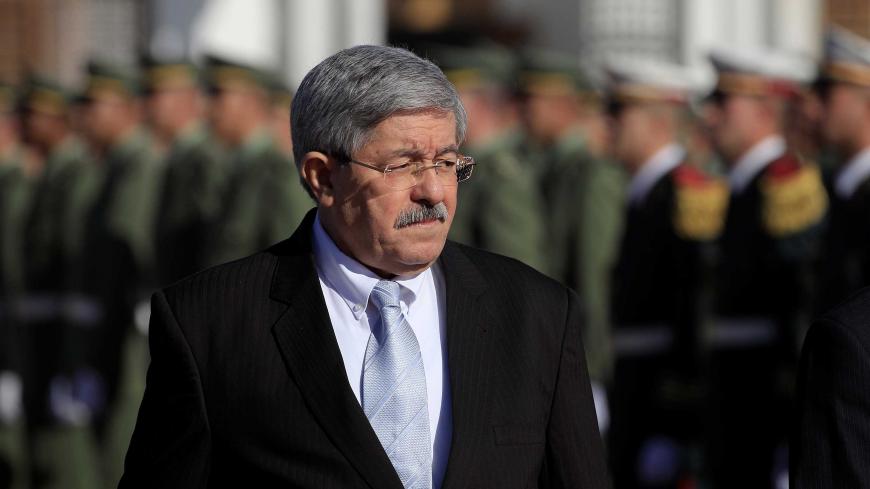 On Dec. 20, Qatar’s Foreign Minister Sheikh Mohammed bin Abdulrahman Al Thani met with Algeria’s Prime Minister Ahmed Ouyahia in Algiers. The two discussed strategies for strengthening Doha-Algiers ties and other regional issues, such as US President Donald Trump’s recognition of Jerusalem as Israel’s capital and the Libyan civil war. Shortly before the chief Qatari diplomat’s visit, Algerian President Abdelaziz Bouteflika wrote to the emir of Qatar, praising Doha and Algiers’ “exceptional” relationship and vowing to boost bilateral ties to the “highest level, in the best interests of both peoples.”

The visit was another indicator of how the Anti-Terror Quartet (ATQ) — Bahrain, Egypt, Saudi Arabia and the United Arab Emirates (UAE) — has failed to bring the Maghreb region’s internationally recognized governments, save Mauritania, behind its anti-Qatar campaign.

The Qatar crisis has provided Algeria an opportunity to demonstrate its value to Doha as a partner with an independent foreign policy that is capable of helping it weather the diplomatic row that has pressured Doha into turning to alternative security alliances and economic lifelines. Just after the ATQ cut off diplomatic and economic ties with Doha, Qatar praised Algeria’s “honorable” stance on the Gulf Cooperation Council (GCC) crisis, in which Algerian officials called on all parties to resolve the dispute through dialogue before their counterparts in any other country did. Doha also hailed Algeria as a “big country” capable of playing a “role in Arab-Arab relations, thanks to its weight in the region.”

Algeria’s response to the Qatar crisis was also partially shaped by the country’s domestic politics. Although Algeria officially embraced a neutral position on the GCC’s diplomatic row, 31 Islamist parliamentarians quickly expressed solidarity with Doha via a newly formed committee. The Qatari ambassador to Algiers, Ibrahim bin Abdulaziz al-Sahlawi, has held regular meetings with this committee.

Qatari investment in the North African’s economy and issues in OPEC have contributed to Algeria’s decision to stay out of the ATQ. Earlier this year, Qatar invested in a $2 billion mega steel plant in eastern Algeria. As OPEC members, Qatar and Algeria pushed the cartel to secure a reduced production agreement while Riyadh and Abu Dhabi disagreed with Algiers on what production strategy OPEC should embrace.

The future of Libya and the threat of the conflict spilling into Algeria are factors that have fueled some tension between Algeria and the ATQ. While Egypt and the UAE have supported Gen. Khalifa Hifter's Libyan National Army (LNA) and the Tobruk-based House of Representatives, Algeria has seen Cairo and Abu Dhabi’s involvement in Libya as undermining the Maghreb’s security. Algiers has supported settling the Libyan civil war through an inclusive and diplomatic strategy that relies on Tunisian Islamists’ moderating influence. From Egypt and the UAE’s perspective, the "Tunisian model" is highly dangerous and threatens to consolidate Muslim Brotherhood power in North Africa. In contrast to ATQ members, Qatar has supported Libya’s internationally recognized Government of National Accord in Tripoli and backed Misratan fighters who played the most pivotal on-the-ground roles in defeating the Islamic State in Sirte a year ago with American support from the air.

For nearly seven years, North Africa has been an arena where Qatar and the UAE have competed for influence. The political gains that Islamists scored in post-Hosni Mubarak Egypt, post-Moammar Gadhafi Libya, post-Zine El Abidine Ben Ali Tunisia, as well as in Morocco unsettled Abu Dhabi and other GCC capitals — with the notable exception of Doha — in the earlier phase of the Arab Spring. The military-led ouster of Mohammed Morsi, Egypt’s Qatari-backed Muslim Brotherhood president in 2013; Ennahda’s loss of an election in Tunisia; and the eruption of Libya’s civil war in mid-2014 all undermined Doha’s vision of extending Qatar’s influence across Egypt and the Maghreb via Islamists. Since the tide began turning against Islamist factions that Doha backed, Riyadh and Abu Dhabi have invested billions of dollars into Egypt and vowed to make investments across the Maghreb, and Abu Dhabi and Cairo have waged direct military interventions in Libya to bolster the LNA.

Algeria, which weathered the Arab Spring uprisings unlike Egypt, Libya and Tunisia, has been far less subject to the pressures that Doha and Abu Dhabi’s geopolitical competition has imposed on other North African countries. As one of the world’s leading producers and exporters of natural gas, Algeria, much like Gadhafi’s Libya, has possessed sufficient strategic leverage to chart its own independent course without sacrificing autonomy for financial aid from GCC states. There are many examples of Algiers refusing to support Riyadh and Abu Dhabi’s agenda in addition to Algeria’s response to the Qatar crisis. Algeria is known as Iran’s “best friend” in the Maghreb, and Algiers never opposed Bashar al-Assad’s regime during the Syrian crisis. The North African country has refused to designate Hezbollah or Hamas terrorist organizations, and Algeria has stayed out of the Saudi-led Arab coalition in Yemen, as well as the 41-member Islamic Military Counter Terrorism Coalition.

Ultimately, Algeria is likely to continue investing in initiatives aimed at bolstering its partnership with Qatar. This approach is a product of Algiers not sharing the ATQ’s perceptions of the alleged Qatari threat, coupled with Algeria’s interest in securing more investment from the Arabian emirate. Moreover, Algeria views the ATQ’s vision for North Africa — chiefly in Libya — as harmful to its own security interests. What remains to be seen is what leverage the ATQ has over Algeria and what cards the countries blockading Qatar may possibly try to use to pressure Algiers into distancing itself from Doha and coming closer to Riyadh’s geopolitical orbit.

Until then, Algeria and Qatar will probably maintain their statuses as two gas-rich Arab states that used their natural resource wealth to assert independence from the Saudi/UAE/Egypt shadow. Given the possibility of the Arab world undergoing major realignment in 2018 as the GCC’s Qatar rift institutionalizes, the growth of Doha-Algiers relations has much potential to, by extension, also deepen Algeria’s relations with Iran and Turkey as Qatar’s two most important partners in the Middle East six and a half months into the GCC crisis.