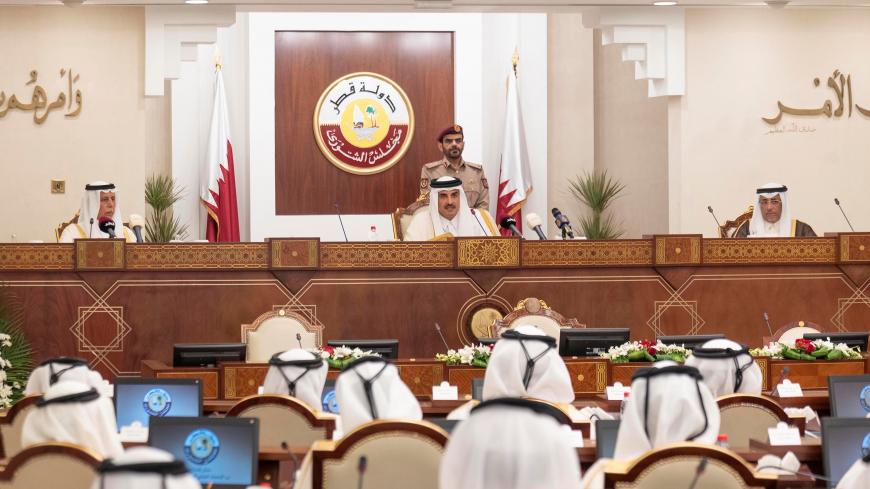 The shuffle, the second since early 2016 and the first since the Gulf Cooperation Council (GCC) crisis that isolated Qatar erupted in June 2017, does not signal a major transformation in Doha’s policies or a drastic shift in power in Doha. Qataris had expected a shake-up earlier, but the blockade led by Saudi Arabia prompted the leadership to postpone it. Now, however, Doha feels more confident about its position vis-à-vis the so-called Anti-Terror Quartet (ATQ) — Bahrain, Egypt, Saudi Arabia and the United Arab Emirates (UAE) — and last month Saudi Crown Prince Mohammed bin Salman delivered a speech to foreign investors that left analysts thinking that Riyadh might be on the verge of reassessing the strident position against Qatar that it has maintained for the past 17 months.

Unquestionably, the geopolitical context of the region has been an important variable in Doha's equation. The leadership is optimistic that Qatar can develop a strong footing as Riyadh tries to deal with the intense backlash from Turkey and Western governments regarding the premeditated murder of the journalist Jamal Khashoggi in Istanbul last month. With all the outside attention being paid to Saudi Arabia and the decision-making of its millennial crown prince, Qatar seeks to take advantage of the situation and move to address bureaucratic and systemic issues within its own government that need resolution, especially if the rift within the GCC becomes institutionalized.

In response to the ATQ’s severing of economic relations with Qatar last year, Tamim introduced policies designed to facilitate greater economic growth, such as easing restrictions on foreign ownership rules. The latest shake-up aims to make the positive impacts of those reforms felt sooner.

With Qatar preparing to host the 2022 FIFA World Cup, it is significant that Tamim appointed Abdulla Abdulaziz al-Subaie as municipality and environment minister. Subaie, who has been the CEO and managing director of Qatar Rail, which is soon to launch the first metro line in Doha, will have major responsibilities for the global sporting event, which has subjected the emirate to vast amounts of global scrutiny over labor and human rights violations.

Kaabi, an engineer educated at Pennsylvania State University, has been an increasingly prominent Qatari figure amid the GCC crisis. Now he will be at the helm of Doha’s energy policy in his capacity as the new minister of state for energy affairs and vice chair of Qatar Petroleum. Kaabi is credited with guiding Qatar while the emirate emerged as a gas giant, managing development of the North Field and supervising the installation of 14 liquefied natural gas plants.

Widely hailed for his wise judgment on issues pertaining to Qatar’s gas sector, Kaabi has pushed for strengthening Qatar Petroleum’s efficiency by better exploiting the country’s domestic resources and expanding externally, underscored by the entity’s ambition of making large-scale investments in US oil and gas fields in the coming years. As Qatar Petroleum CEO, Kaabi reacted to the fall in oil prices in 2014 by restructuring, not expanding, the state-owned energy giant, gutting petrochemical projects worth roughly $12.5 billion, laying off employees and merging Qatargas and RasGas.

This month’s Cabinet shuffle, which will further enhance Kaabi’s stature, should be understood within the context of the Qatari emir’s efforts to make his country’s government function in more technocratic and meritocratic ways. The leadership seeks to depoliticize the bureaucracy and focus more on results. The appointments to the sovereign wealth fund highlight the leadership’s determination to further professionalize the QIA, as Doha continues to rely on the fund to secure its economic and geopolitical interests abroad.

Having weathered the GCC’s 17-month-old crisis, which has forced Doha to grapple with the gravest threat to Qatar’s sovereignty since the Gulf nation gained independence, the Qatari leadership is looking to the uncertain future with confidence. Of course, some analysts contend that the political fallout of the Khashoggi case will prompt the Saudis to make overtures to Doha that would decrease Qatar’s relative isolation in the GCC, which would ease Qatari concerns about Doha’s long-term position vis-à-vis the ATQ. Nonetheless, the Qataris are prepared for future scenarios that entail a continuation of the diplomatic spat and closed borders with its Arab neighbors and former allies.

This month’s Cabinet shuffle signals Emir Tamim’s determination to accelerate the implementation of policies designed to make the gas-rich state’s economy as vibrant as possible in the long-term despite the ATQ’s continued blockade of Qatar.