The experimental vaccine is currently in phase III clinical trials. 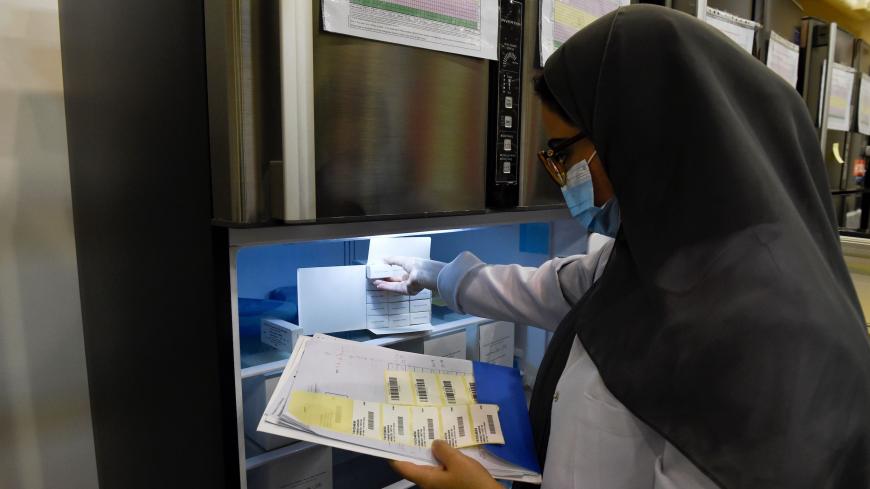 A picture shows Manama's repurposed convention center, in which 6,000 people are participating in a large-scale trial of a Chinese-sponsored vaccine for the novel coronavirus, on Aug. 27, 2020, in the Bahraini capital. - MAZEN MAHDI/AFP via Getty Images

"The results of Phase I and Phase II clinical trials showed the vaccine is safe and effective," Bahrain's Health Minister Faeqa bint Saeed Al Saleh said on Tuesday, according to Reuters.

The vaccine was developed by Chinese state-owned drugmaker Sinopharm in partnership with Abu Dhabi-based technology company Group 42. According to the researchers, 100% of the volunteers in the clinical trials generated antibodies after two doses.

Phase III trials are currently underway in Bahrain, which has so far reported 322 deaths from the virus and some 82,000 infections. The United Arab Emirates, Egypt and Jordan are also conducting human trials, and the researchers have said a safe and effective vaccine candidate could be ready for market use by the end of 2020 or early 2021.

Health officials in Bahrain are also increasing testing availability, and Bahrain’s Health Ministry announced on Tuesday that pharmacies across the kingdom would begin carrying a rapid antigen test that delivers COVID-19 test results within 15 minutes.

On Tuesday, Dubai ruler Sheikh Mohammed bin Rashid Al-Maktoum tweeted that he had received an experimental vaccine, without specifying which one.

“We wish everyone safety and great health, and we are proud of our teams who have worked relentlessly to make the vaccine available in the UAE,” he wrote. “The future will always be better in the UAE.”

Also this week, Israel began human trials for its own coronavirus vaccine. On Sunday, two volunteers received doses of the vaccine, which scientists hope will be ready to roll out to the public by next summer.