China looks to boost its GCC interests with 'vaccine diplomacy'

Eager to lift the lockdowns and limit the effect of the coronavirus pandemic on their economies, several Gulf Cooperation Council states are participating in trials of a vaccine produced in China, which seems to focus on countries that hold strategic interest for Beijing or are part of its Belt and Road Initiative. 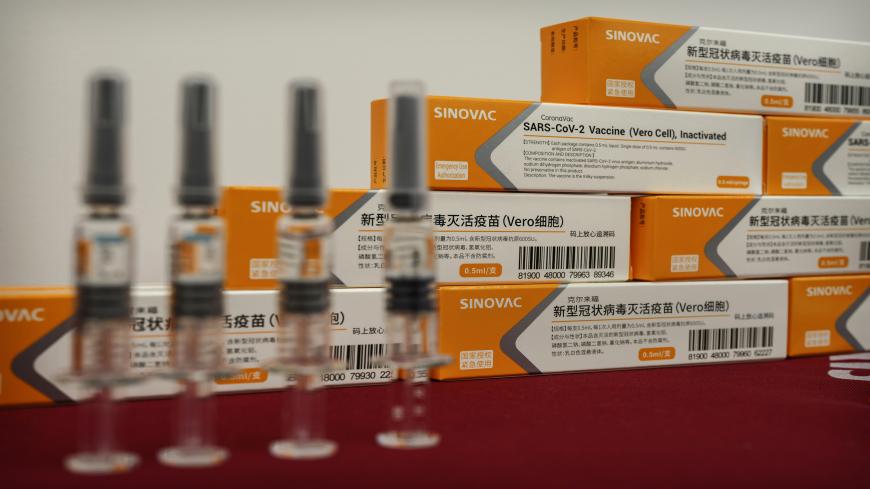 Syringes and boxes of the potential COVID-19 vaccine CoronaVac are seen on a table at Sinovac Biotech, Beijing, China, Sept. 24, 2020. - Kevin Frayer/Getty Images

As encouraging news has poured in recently regarding the success of various coronavirus vaccines, recent reports indicate a COVID-19 vaccine developed in China is one of several to show promise. And beyond the clear public health benefit provided by a successful vaccine, Beijing is looking to employ a strategy of “vaccine diplomacy” to boost its international clout — including with Middle Eastern countries.

While a number of vaccines are under development in China, four of these have entered late-stage testing in clinical trials. This accounts for roughly one-third of leading COVID-19 vaccines in the final stage of development globally.

As the rate of new cases fell drastically on the domestic front, the majority of mass-scale vaccine potency and safety testing for Chinese developers is being carried out in 18 other countries. And interestingly, most of them hold strategic interest for Beijing or are part of its Belt and Road Initiative (BRI).

Several Gulf Cooperation Council (GCC) states like Saudi Arabia, the United Arab Emirates (UAE) and Bahrain are also participating in these trials. With promises of early access to vaccine doses, most of the governments hosting testing programs have agreements allowing vaccine purchase on a mass scale or manufacturing rights for widespread distribution locally.

Saying that China would promote the construction of a “human health community” with the GCC, Wang was optimistic that economic reconstruction, negotiations on the China-GCC Free Trade Agreement and joint construction of important BRI projects would resume after the pandemic ends.

Presently, China is the largest importer and exporter for the GCC.

In partnership with the China National Biotec Group, the Abu Dhabi-based artificial intelligence and cloud computing company Group 42 (G42) has been administering one of two vaccines developed by Shanghai-based pharmaceutical company Sinopharm to people in the UAE, Jordan, Egypt and Bahrain, and is approaching the end of late-stage testing.

With testing programs underway for a while now, around 44,000 people have received the Chinese vaccine in late-stage testing in clinical trials in Bahrain and the UAE, according to recent reports.

According to G42 Healthcare CEO Ashish Koshy, “Early results are showing it is safe, there is a general rise in antibodies for all the volunteers. In terms of being effective it is on the journey, but only time will tell in terms of the whole picture.”

Therefore, the Sinopharm vaccine has been approved for emergency use for health workers in the UAE since September. Prime Minister of the UAE Sheikh Mohamed Bin Rashid Al Maktoum and other senior officials have also been inoculated.

Soon after, Bahrain also gave emergency approval for the Sinopharm vaccine and front-line workers there started getting inoculations this month. Notably, Bahrain’s crown prince, ministers and other senior officials have also received shots of the vaccine.

Endorsing its use, Bahrain’s Health Minister Faeqa bint Saeed Al Saleh said, “The results of phase 1 and phase 2 clinical trials showed the vaccine is safe and effective.” Apparently, no severe side effects have appeared during the late-testing stage and around 7,770 people have now received a second dose.

Meanwhile, Saudi Arabia’s Ministry of Health has an agreement with another Chinese vaccine developer — CanSino — and late-stage testing trials have started there as well. The last of the four vaccines is a jab developed by the Beijing-based vaccine firm Sinovac and trials for that are taking place in other regions.

It is not clear yet whether the vaccine will be 100% effective, but if it does help get the GCC states out of lockdowns that negatively affect their economy, China’s influence should increase in the days ahead.

However, this arrangement has various drawbacks.

First, vaccine agreements with more than 10 countries have been finalized but the Chinese vaccines still need to be approved by the World Health Organization (WHO), and none of them are on the list of vaccines supported by the Coalition for Epidemic Preparedness Innovations yet.

Many experts have expressed safety concerns that the vaccine is being developed at a very rapid pace. Dr. Eleanor Riley, professor of immunology and infectious disease at the University of Edinburgh, said, “If vaccines are to be rolled out before formal approval and licensing, there needs to be a clear appreciation of the risk/benefit ratio.”

The same company working with GCC states on a vaccine trial — Sinopharm — was also implicated in a defective vaccine scandal in 2018.

Second, there may be better vaccine options from other countries in the days ahead — with recent results from Pfizer, Moderna and AstroZeneca being particularly promising — but the countries participating in late-stage testing already have purchase and procurement agreements with Beijing. This factor may explain why China is in a hurry to be one of the first to get approval.

Once the target of testing is reached, Sinopharm’s vaccine candidate could be available as early as December. As soon as the trial data is complete the vaccines will be approved by the Chinese Ministry of Health.

Third, Beijing now has the option to pick and choose which countries it wants to provide with the vaccine and in what capacity, according to its foreign policy objectives.

Until now, Sinovac Biotech has conducted late-stage testing trials in Saudi Arabia, Russia, Mexico, Pakistan, Serbia, Turkey and Bangladesh. But it has plans to start shipping the vaccine to Indonesia in November, and even Africa, Thailand and Vietnam could receive early consignments.

However, late-stage testing trials with CanSino  were canceled in Canada, possibly due to a dip in bilateral ties.

Recently, China has joined COVAX, a WHO-backed global initiative for distributing vaccines equally. But the list of governments that have been promised early vaccines continues to grow.

Finalizing deals with specific countries may not be the best way to provide equal vaccine distribution.

Finally, even though Chinese President Xi Jinping has pledged at the World Health Assembly that China’s coronavirus vaccine is for the “global public good” and available for all, there could be production limitations.

Klaus Stohr, who led the WHO’s epidemic response unit for 15 years, said, “The number of doses available in China will be far too little to permit export unless a political decision is taken to ship vaccines to overseas despite still-existing vaccine needs in China.”

While Sinopharm and Sinovac have the capacity to produce about 300 million doses a year, CanSino could take more time to catch up as its new plant kicks off sometime next year.

However, Zheng Zhongwei, head of the Chinese government’s COVID-19 task force, has affirmed that 600 million doses would be produced by the end of 2020. But it remains unclear how many doses can be exported as China itself has a 1.4 billion population, most of it unvaccinated.

In the days ahead, “vaccine diplomacy” could have even more impact than China’s COVID diplomacy ever had.

According to Adam Ni, director of the China Policy Centre in Canberra, “Beijing will very likely use the vaccine for strategic purposes, including to improve [its] reputation which has suffered worldwide as a result of the pandemic.” 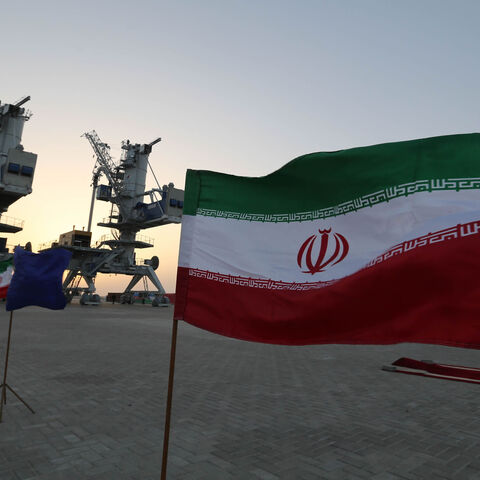 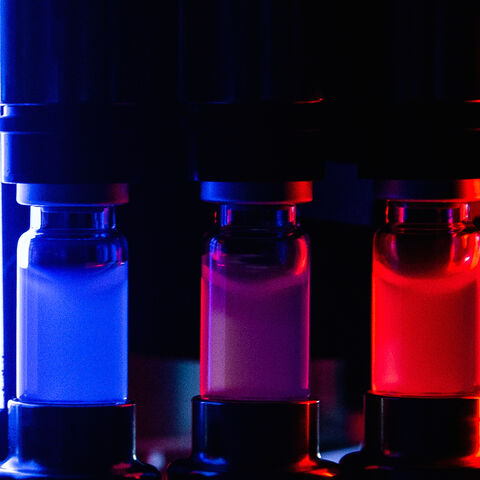 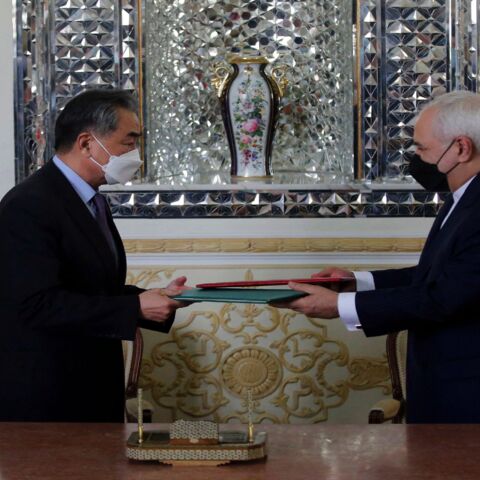