With the Americans losing interest and on the backdrop of the coronavirus crisis, the West Bank annexation plan of Prime Minister Benjamin Netanyahu is likely to turn into his greatest diplomatic fiasco. 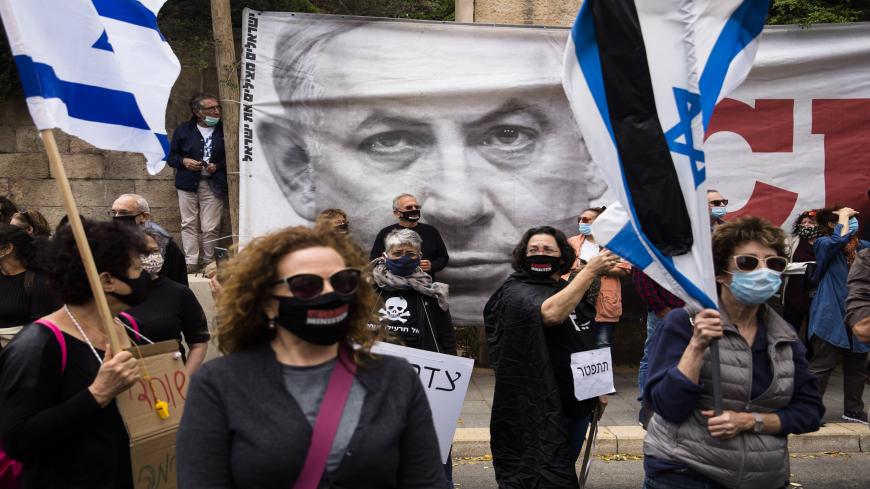 “Right now, I put the chances of Israeli annexation of any part of the West Bank at low to nonexistent,” a top Israeli security official told Al-Monitor on condition of anonymity. “There are too many conditions and circumstances that have to occur and ripen before that can happen.”

The first condition is a green light from Washington, which is currently nowhere in sight. US President Donald Trump appears to have lost interest in the issue he so enthusiastically promoted in January, although he has not said the final word. “In a few weeks, Trump might be persuaded that what he needs in order to erode the Democrats’ lead is more support of evangelical voters, and then he might suddenly restart the whole event,” said the top Israeli official. “Right now, we don’t think that [restarting annexation move] will happen.”

However, annexation does not depend solely on Trump. Even if the US president renews the green light for the move that he gave as part of his plan for Israeli-Palestinian peace, Prime Minister Benjamin Netanyahu faces a host of other obstacles to realization of his dream and hoped-for legacy. Some of them are homemade.

“The coronavirus crisis has completely reshuffled the deck,” a senior Israeli diplomatic source told Al-Monitor on condition of anonymity. “Public interest in annexation — which was low to begin with — has waned further and no one can be bothered with it right now. People are focused on trying to make a living, avoiding economic collapse. Rarely have Israelis been so disinterested in other things and focused totally on the economy, and Netanyahu knows it.”

Annexation would also entail economic outlays at a time of skyrocketing budget deficits that show no sign of leveling off. However, the overriding consideration — as is usually the case with Netanyahu — has to do with his political standing. If he decides to forge ahead with new elections in the coming weeks, he might be persuaded that annexation would energize his base among the settlers and ideological political right and stem his continued bleeding in recent polls. Should that scenario pan out, he would take time off from dealing with the coronavirus crisis and renew his annexation push.

In addition to the previous weighty considerations, Netanyahu must keep in mind the security threats emerging from his annexation plan. The heads of two security agencies — Israel Defense Forces Chief Lt. Gen. Aviv Kochavi and Shin Bet Director Nadav Argaman — have presented him with strategic warnings. While neither argued that annexation would prompt a third Palestinian uprising (intifada) against Israel, both provided intelligence assessments indicating high probability of violence on the Gaza front or in the West Bank, or both.

“Even a local eruption of violence in the current situation could set off a chain reaction culminating in yet another round of high intensity fighting and a new intifada,” a senior Israeli security source told Al-Monitor on condition of anonymity. “Netanyahu knows this and understands that the last thing he needs now — with Israel collapsing into an unprecedented budgetary hole — is to call up army reserves and deal with an intifada.”

The probability of such a conflagration between Israel and the Palestinians also depends on Palestinian President Mahmoud Abbas. In a bid to head off annexation, Abbas declared in May a complete cut-off from Israel, and for a change, he went through with it. As of now, there are no official contacts between Israel and the Palestinian Authority (PA), the security coordination between the sides has been all but suspended save some low-level contacts, and the Palestinians are refusing to accept the tax and customs revenues that Israel collects for them. As a result, the PA is having a hard time paying salaries of its tens of thousands of employees. The PA’s coronavirus cooperation with Israel has also been frozen, even as a renewed outbreak of the disease is sweeping the Palestinian territories.

A senior military source told Al-Monitor on condition of anonymity, “Given this situation, Abbas could lose control of the rank and file, undermining his ability to regulate anti-annexation protests should Israel go ahead with the move.” Pay for the PA’s security forces has been cut in half in light of the budgetary shortfall, while the power of the Tanzim, the armed wing of the Fatah movement, keeps growing. “In principle, Abbas is not interested in an intifada and does not really want to hand Israel the keys to the PA,” the official said, referring to repeated threats by Abbas to step back and let Israel run the affairs of over 2 million Palestinian residents. “But because he is growing weaker, the public protest could be turned against him and he could find himself facing a wave of violence, which he will be unable to control or turn around.”

Given this current state of affairs, with the absence of an American green light for annexation, the economy galloping toward an unprecedented recession, unemployment that has surged almost overnight to some 20%, a wave of bankruptcies and business closures, and an exponential plunge in Netanyahu’s popularity, the prime minister is unlikely to undertake any kind of annexation. The warnings of violence, ongoing opposition by the Blue and White partner in Netanyahu’s government, and the cost Israel could be forced to pay in terms of its ties with Europe and with moderate official and unofficial Arab allies all argue against the likelihood of such a controversial measure.

All these considerations lead to one conclusion: Trump’s “deal of the century,” which includes approval for Israeli annexation of up to 30% of the West Bank, could end up being “the fiasco of the century,” born in sin and dying in agony shortly after coming into this world. The good news for Netanyahu is that the entire non-event, which generated resonating headlines for many months and engaged the public agenda, has been pushed to the outer reaches of the margins given the far more pressing problems he faces, chief among them the health and economic consequences of the coronavirus pandemic. He now has to decide whether to escalate tensions further over the budget with his government partner, the Blue and White party, and use the failure to reach agreement on the issue as an excuse to dismantle the partnership and call new elections, even as the once-flourishing economy disintegrates into chaos on primetime TV. As always with Netanyahu, these assessments all come with the warning that it is too soon to bury the greatest magician of Israeli politics ever, but it is also not a good idea to step into his shoes.